biography of the Ukrainian champion, achievements in fitness and powerlifting, relationship with Serbulova

The name of Anna Kurkurina to a person who is far from sports and has never visited the gym, most likely, does not mean anything. Powerlifting athletes adherents a healthy lifestyle and people who cannot imagine their life without fitness, it is known for sure. 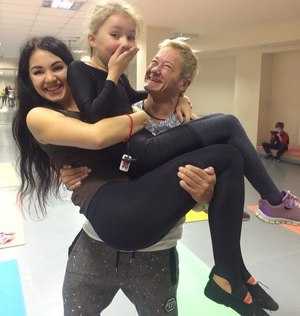 This woman, recognized as the most powerful in the world for her appearance, athletic achievements and lifestyle, causes many disputes… Among those who like to leave caustic and offensive comments on the Internet, without giving their real names and hiding their faces behind incomprehensible avatars, only the lazy did not throw a stone at her. People who communicated with Anna in real life speak of her as a kind, sincere person who is always ready to help. 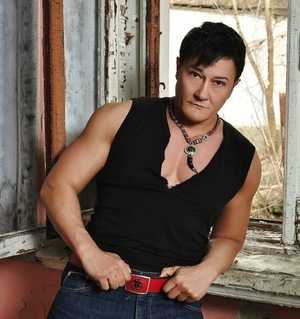 Anna Ivanovna Kurkurina was born in August 1966 in the city of Kramatorsk, Donetsk region. She grew up as a small, thin, fragile child. In her youth, the girl could hardly find suitable clothes for herself. Nature has endowed her with narrow shoulders and wide massive hips. In the 80s, it was almost impossible to choose a beautiful dress for women with non-standard shapes.

A figure far from ideal, baggy clothes and a whole set of teenage complexes did not give Anna self-confidence. Relations with peers did not add up.

But Ani’s love for animals has always been mutual. Since childhood, Kurkurina wanted to take care of nature and our smaller brothers. This desire pushed her to enter the biological faculty of Donetsk University.

After receiving her diploma, Anna moved to the city of Nikolaev, where taught biology in one of the schools. Later she got a job at the city zoo. Her duties included caring for the animals, feeding the cubs left without mother’s milk. This hard work required endurance and physical strength, but brought moral satisfaction to the young teacher. The videos she filmed with four-legged actors in the lead role often occupied top places in the well-known program “My own director”.

It was the work in the zoo that made Anna think about her sports training and for the first time cross the threshold of the gym.

It all started with banal aerobics. Soon Kurkurina realized that classes were too easy for her. To increase the load, she began to work out in the gym. on a par with men… The results were not long in coming.

Later, Anna began to compose sets of exercises for beginners, and then took up independent coaching. At the end of the 90s, she opens the Bagheera club for all sports fans, which is very popular. Her students, satisfied with the results of their training, recommend “Bagheera” to their friends.

Together with the popularity of the club, Anna’s fame is growing. She creates a YouTube channel, where she gives advice to everyone who wants to have a beautiful toned body in a friendly and accessible form. Kurkurina is developing her own fitness program. The results of people practicing this technique allow us to speak about its effectiveness.

Anna has followers… The number of subscribers to Kurkurina’s channel on the Internet is constantly increasing. She becomes a welcome guest on television programs dedicated to sports.

It seemed that the top of the career had been reached, and the main sporting achievements were already behind.

Life is just beginning at 40

When the blue screens of the country broadcast a story about a girl who has the status of the strongest on the planet, Anna Ivanovna exchanged fifth dozen. This report divided the biography of the future champion into before and after, became the starting point for her new professional achievements. A dream has arisen in the soul of the Ukrainian athlete. Anna wanted to become the strongest woman in the country and in the world.

Unlike many of her peers who mourn her passing youth, Anna did not consider age an obstacle in achieving her goals. A series of endless grueling workouts began. In 2008, Kurkurina takes part in the World Powerlifting Championships.

Powerlifting or powerlifting competitions include the following barbell exercises:

According to the results of the competition, Anna was awarded title world champions. Kurkurina confirmed the right to wear this title at the 2010 and 2012 championships.

In total, the athlete took part in 35 competitions and set 14 records.

In her youth, Anya braided her hair in a long braid, met with boys and dreamed of love. But broken girlish dreams and classes in the gym completely changed her life. Anna T. devoted herself to training, pumped up muscles and cut her hair short.

If Kurkirina’s acquaintance with sports began with aerobics, then Turaeva was attracted martial arts and bodybuilding. Having received a serious injury, Anna T. could not move for several months. I had to forget about full-fledged training for a while. The only exercise that did not threaten her already injured back was the bench press from a prone position. This is how Anna T. discovered powerlifting.

Now she is actively involved in sports, takes part in competitions and championships. Like Kurkurina, Turaeva is engaged in coaching …