A gluten-free diet is different from most diets. It does not have basic principles, components or requirements for food quality or calorie intake, but consists in a simple exclusion of wheat protein – gluten from the diet. 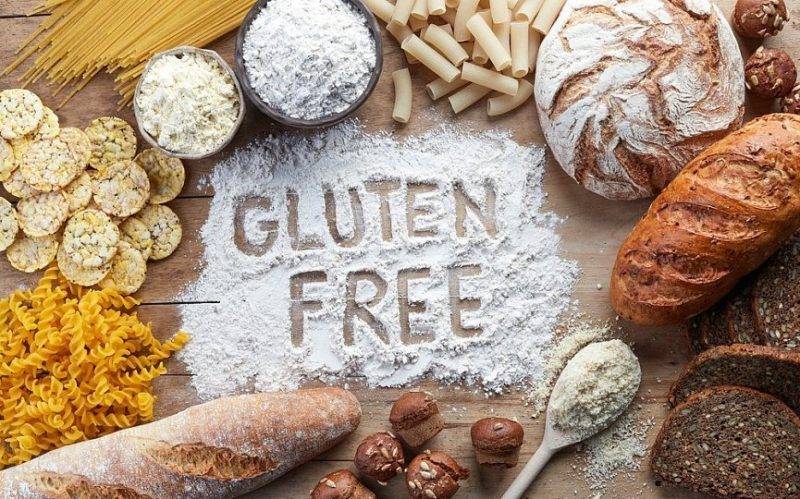 A gluten-free diet is different from most diets. It does not have basic principles, components or requirements for food quality or calorie intake, but consists in a simple exclusion of wheat protein – gluten from the diet.

Gluten, or gluten, is a protein found in wheat, barley, millet, and rye.

The history of the gluten-free diet

In the 1940s, a researcher named Willem-Karel Dicke established that wheat contains gluten, not starch, and described a number of benefits of a gluten-free diet.

Today, the properties of gluten and its genetic variants, which are somehow associated with the development of celiac disease, have been studied in sufficient detail to provide a full understanding of the nature of the disease. However, other types of gluten not associated with celiac disease have not been adequately studied, which makes it difficult to establish a link between gluten and wheat consumption with the occurrence of several other chronic diseases.

Basic principles of a gluten-free diet

The essence of a gluten-free diet is to avoid eating foods that contain gluten, such as wheat, millet, rye and barley. This diet can be combined with other dietary regimens (IIFYM, paleo diet, zone diet and others).

Moreover, gluten must be completely eliminated from the diet, since even small doses of it exacerbate the symptoms of some diseases.

How often should you eat on a gluten-free diet?

Gluten Free Diet does not provide for any restrictions on frequency or number of meals… The main thing is to give up gluten.

The diet only restricts the use of gluten-free foods, including:

What are the stages or phases of the diet?

People who have gluten sensitivities but do not have celiac disease may need to temporarily phase out other potential allergens – dairy, eggs, nightshades, and nuts – to make sure that gluten is causing the disease.

Who is a gluten-free diet suitable for?

A gluten-free diet is primarily required for people with celiac disease, hypersensitivity to gluten, or those with wheat allergies.

Is it easy to stick to a gluten-free diet?

On the one hand, today many supermarkets offer gluten-free departments, so it’s pretty easy to provide yourself with the groceries you need.

On the other hand, a gluten-free diet involves avoiding many foods, including pasta, bread, baked goods, and it depends on your willpower whether it will be difficult for you to stick to the diet.

Today athletes and fans proper nutrition have a keen interest in a gluten-free diet. Meanwhile, researchers are passionate about celiac disease and gluten intolerance and have little to say about the effects of gluten on a healthy body.

Although, individual research enthusiasts are conducting sporadic experiments to find out how wheat protein affects people without celiac disease or gluten intolerance.

So far, there is no evidence to suggest that a gluten-free diet can help you burn fat, all other things being equal.

However, people who quit gluten lose weight by eliminating baked goods, pasta and some grains from their diets, thus reducing their calorie intake.

Read also: 10 nutritionist tips on how to eat right to lose weight

Consumers are thinking about the benefits of a gluten-free diet for losing weight, maintaining brain health, and preventing and preventing diabetes. But so far, researchers have not been able to provide scientific evidence for these assumptions.

However, to date, there have been no reported negative effects of avoiding gluten-containing foods in healthy people.