what is it, basic principles and programs

HIIT training – what is it and why is it so much talked about? At its core, such training is a way to lose weight and get in shape as soon as possible. Despite the mysterious name, this is just a technique that allows you not to waste precious time and at the same time become the owner of a hardy and fit body. From the article you will learn what are the features, nuances and rules for performing HIIT training.

What is HIIT workout?

To understand the essence of HIIT, it is enough to remember what marathon runners and sprinters look like. The first are hardy, but they are not an example to follow in the “design” plan. The bodies of the latter are not designed for long distances, but reflect the goals of most visitors (men) gyms.

The essence of the training

An example of a HIIT is a combination of 15-second sprints with 45-second brisk walking for 10-15 minutes. During high-intensity periods, unlike in the lighter phases, the body is fueled with energy from carbohydrates, not fat. The HIIT strategy is used in two main ways – cardio (aerobic) and power (anaerobic).

Normal cardio workouts are done in a moderate intensity mode, in which the heart rate (HR) is 55-65% of the maximum. Such classes can last from 30-40 minutes or longer. Aerobic training burns fat. Fat loss occurs during exercise.

High-intensity interval training (HIIT) is based on different principles. The minimum heart rate in the severe phase is 80% of the limit. The upper limit is 95%. The magnitude of the loads is determined both by sensations and by calculations. Depending on the heart rate and the type of activity, intensive phases can last from 5 seconds to a couple of minutes. After high activity sessions, recovery periods follow, the duration of which can be equal or longer.

During the recovery period, physical work takes place at 40-55% of the limiting heart rate. The duration of the HIIT workout is from 4 minutes to an hour. Most often, this training takes 15-30 minutes. Even very busy people can practice in this format, quite rightly counting on a quick and noticeable result.

The main difference between HIIT training and aerobic training is the type of calorie expenditure. Cardio workouts allow you to burn fat while exercising. With HIIT, most of the calories are consumed after exercise. At the same time, much less time is required to obtain a similar result. 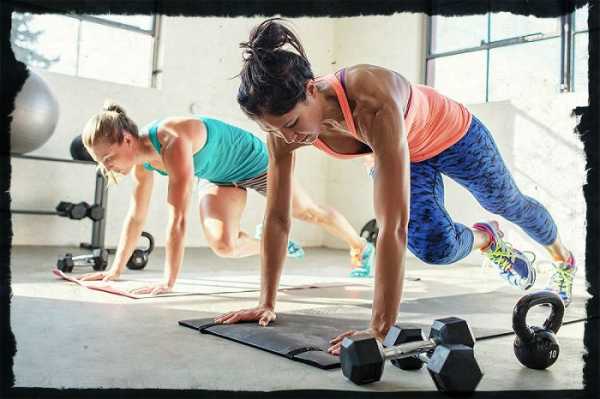 HIIT training – what is it scientifically? HIIT triggers an intense oxygen scavenging effect that requires active fat burning. And this happens mostly during the recovery period. The effect is called EPOC.

Short sessions do not require excessive energy consumption, but post-workout processes lead to the burning of additional calories. The body begins to use glycogen stores in a different way. Metabolism changes at a fundamental level.

Many fans of physical activity are accustomed to believe that the most effective way to get rid of body fat is aerobic training. But numerous studies show the huge advantage of HIIT.

HIIT interval training triggers metabolic changes in the body, which are reflected in the mechanism of fat oxidation. The latter are burned much faster. In addition, high-intensity training increases testosterone production. Hence the external difference between marathoners and sprinters – testosterone has a positive effect on increasing muscle mass.

The heart of HIIT is a combination of periods of high and moderate physical activity. One workout in this mode, on average, consists of 5-15 cycles. Both the duration of the cycles and their number are individual. Training parameters are tied to the goals and fitness level of the athlete.

The lesson is preceded by a warm-up that prepares the body for hard work. The final stage is a hitch, which brings the body out of the state of stress. The intensive phase can last as long as the recovery phase, or less. Only well-trained athletes can practice the “easy phase is shorter than heavy” scheme.

Those who start HIIT are not advised to stay in an intense session for more than 15 seconds. At the same time, at the start, recovery should be given 2-5 times more time. The difference depends on exercise and fitness. As physical potential grows, the duration of powerful phases increases, and the time difference between the types of sessions decreases.