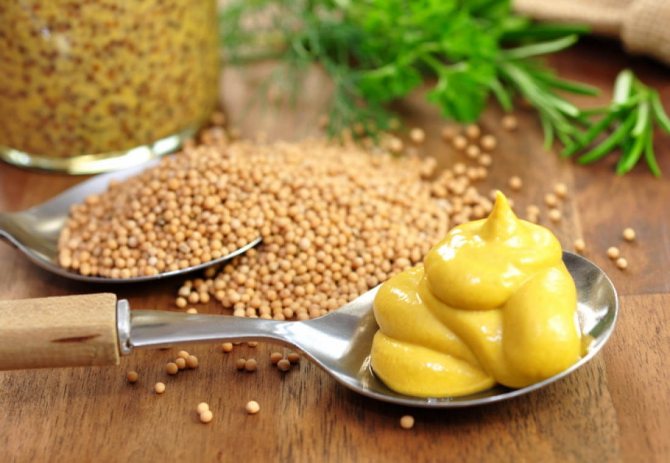 Mustard is an annual plant belonging to the cruciferous family. The most sought after part of the herb is the seed, which is widely used for culinary purposes. So, table mustard is prepared from fat-free meal of grains, and the seasoning of the same name is obtained from ground raw materials. In addition, young leaves of the plant are added to salads or used as an appetizer to meat and fish side dishes.

Mustard is an annual cold-resistant plant, reaching 25-90 cm in height. The stem is erect, harsh, with few branches. Leaves are alternate pinnately incised with jagged edges. As they “rise” along the stem, the plates decrease, and the petiole is shortened. Flowers of a golden-yellow hue, collected in large umbellate-corymbose clusters of 25-100 buds.

The fruit is a lumpy thin pod filled with small round seeds. The flowering period of the culture is in May, and the fruiting period is in June. The plant is not picky about growing conditions and develops well on almost all types of soil (except for sandstones). In the process of growth, the roots of representatives of cruciferous plants release substances into the soil that have a powerful phytosanitary effect. Thus, mustard is an excellent precursor for crops and cereals. The plant releases the field early. Interestingly, the plowing of mustard in late autumn contributes to the death of the wireworm (a common pest).

The birthplace of culture is the Mediterranean, from where it spread to almost all continents. 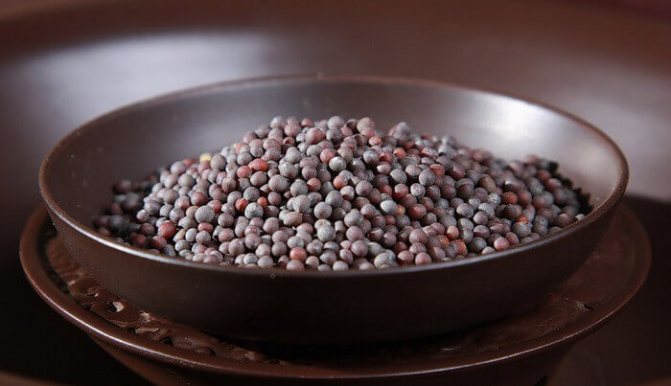 Popular representatives of the species:

In addition, there is the Abyssinian variety, which is used to create crambe oil used in cosmetology.

Mustard is one of the most useful spices that has antibacterial, warming, anti-inflammatory, tonic and expectorant effects on the human body. Considering that the product accelerates the transformation of fats, it is widely used in weight loss programs. In addition, mustard has now gained fame as a mild laxative, choleretic and antioxidant agent.

Despite the usefulness of the product in case of careless, uncontrolled use, it can be harmful to health.

Mustard is contraindicated for:

In addition, you should not eat the seasoning at night, as its pungent taste irritates the receptors, and as a result, you may have trouble falling asleep.

Remember, the abuse of mustard threatens shortness of breath, bradycardia, inflammation of the gastric mucosa, exacerbation of ulcers.

The beneficial properties of mustard are largely due to the fact that this plant is rich in volatile essential oils. It is they who play the role of a natural antiseptic, killing …