Many argue that if you reduce your carbohydrate intake, your body will produce less insulin, which helps store fat. As a result, the existing fat will be burned during training, and the figure will reach the ideal.

In fact, everything happens a little differently. 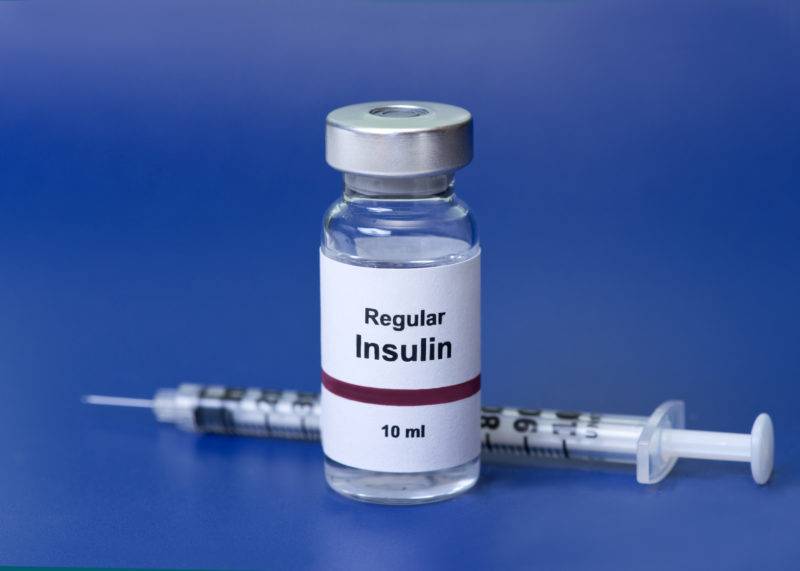 Insulin and carbohydrates – effects on muscle mass and fat storage

Many argue that if you reduce your carbohydrate intake, your body will produce less insulin, which helps store fat. As a result, the existing fat will be burned during training, and the figure will reach the ideal.

In fact, everything happens a little differently.

Insulin is a hormone produced by the pancreas. The main function of insulin is to lower the concentration of glucose in the blood.

This hormone has a versatile effect on metabolism in almost all tissues of the human body.

Muscle cells are affected by insulin. Muscle cells receive GLUT-4, which is an independent protein – a glucose transporter. GLUT-4 transports glucose into the intracellular space across the cell membrane through facilitated diffusion.

The energy status of the cell is of great importance.

Insulin actually slows down the rate of breakdown of fat in adipose tissue and stimulates the synthesis of fatty acids. Science does not hide this.

However, insulin must be kept high at all times in order to have a strong effect on the storage of fat, leading you to a fat and plump physique.

Insulin is just a way to trigger carbohydrate metabolism. It does not produce huge fat stores on its own.

In fact, if you follow a high-carb diet, you can lose weight and bring your insulin levels back to normal. In addition, limiting the consumed fat will give a greater boost to weight loss than restricting carbohydrates.

Therefore, insulin plays a major role in determining the fuel source for energy production. It will be fat or carbohydrates – it will determine the insulin signal.

You’ve probably heard that high protein diets are the most effective in burning fat. Whey Protein (link to article “3 Ways Whey Protein Affects Weight Loss & Fat Burn”) causes a large release of insulin, but it has been repeatedly proven that it is he who can help in burning fat.

It’s a paradox, isn’t it? After all, if insulin was actually the main cause of fatty deposits, then protein foods, and protein in particular, would contribute to the accumulation of fat, rather than burning it.

Based on all the information presented, we can conclude that insulin is a substrate regulator. It gives signals that determine the transition from the breakdown of fat to the breakdown of carbohydrates, causing glycogen synthesis and protein synthesis, if necessary.

The metabolism of the human body is flexible and stable enough to cope with fluctuations in the substrate and burn fat without accumulating new deposits, even with a high intake of carbohydrates.

Only when there is excess energy does insulin promote body fat. But even in this case, your body is able to improve the situation.