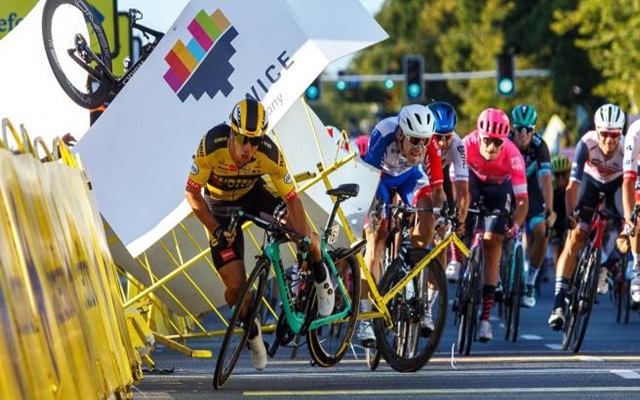 Fabio Jakobsen continues to fight to recover from the tremendous fall he suffered in the last Tour of Poland.

The most difficult and important stage of his life surely awaits the Dutch sprinter. A recovery process that according to Patrick Lefevre, sports director of the Jakobsen team, will last for several months.

In statements to the VTM television network, Lefevre made public the delicate state of health of his runner.

"They have given him 130 stitches on his face and he only has one tooth left”In addition, as a result of the neck injury, he has the paralyzed vocal cords and badly battered palate.

Jakobsen that after the accident he had to undergo an urgent operation of more than 5 hours I spend several days in the intensive care unit. He was later transferred to a hospital in the Netherlands and is currently resting at home.

Lefevre also acknowledged the relative luck the team had had both with Jakobsen himself and with the downfall of Remco Evenepoel. Levefre resignedly stated that “we could have had two funerals in 10 days. "