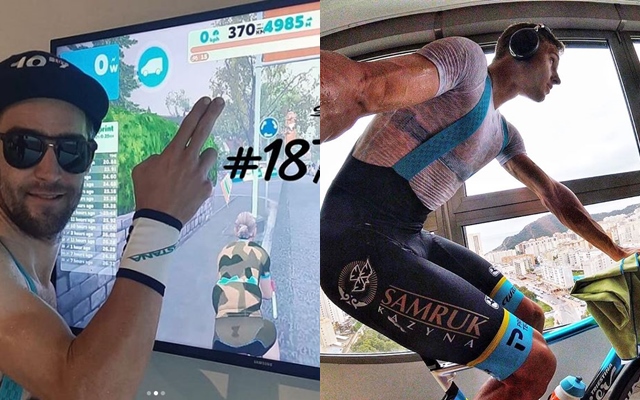 The blissful Coronavirus seems to be the never ending song. A refrain that repeats day after day and that keeps us confined at home without the possibility of going out to train abroad.

The days go by slowly. The days are longer than ever and to complete the training becomes a task of imagination and mental strength.

Having a rolling pin is having a treasure. Cyclists are one of the few who can train with guarantees and in this situation many professional cyclists are surprising the community with marathon roller sessions.

The roller was until the arrival of the confinement, the typical cycling accessory that most had parked in the garage and that they had used on rare occasions.

As a result of the current situation we are experiencing, many people have bought a roller and / or joined the Zwift virtual community. Rolling is somewhat more fun than before. Group video calls, simulators, Netflix series or the best YouTube videos help to liven up the training sessions a bit. However, the physical and mental pleasure of rolling is still far from what we feel when we shoot outdoors.

In Spain, confinement affects all athletes equally, whether or not they are professionals, so it is time to Reveal how professionals manage to maintain shape during confinement. Next, I leave some sports follies that confinement has left us (and that we have been less than 10 days). Where is the limit? 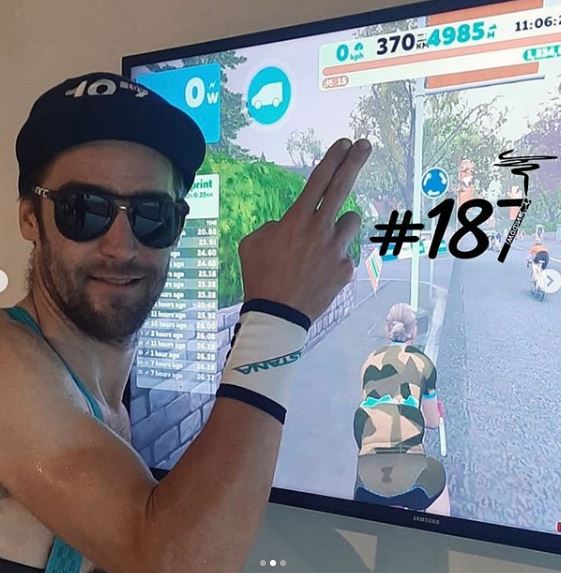 Laurens De Vreese, a professional cyclist at the Astana, seems to have taken the roller very seriously. The Belgian did not want to waste the peak in a way that he had in view of the classic Flemish to add a training of more than 11 hours, 370 kilometers and almost 5000 meters of positive elevation gain. Madness! De Vreese has titled the activity under the name #Olivernaesenchallenge, alluding to the training that the AG2R rider had done 24 hours earlier.

De Vresse was referring precisely to this Naesen training. One of the best current riders for day races who did not want to miss the opportunity to ride abroad (in Belgium it is still allowed) to add more than

Another "madman" who has moves like this is Robert Gesink. The Dutchman from Jumbo Visma surprised us all with a 250 kilometer training session on the reel. With this roller any Robert 😉

The brave Thomas De Gendt could not be missing from the list. The Belgian wanted to pay tribute to Milan Sanremo, which had to be held these days, with an outdoor training of 300 kilometers in the company of Jasper De Buyst.

Oscar Pujol, former professional cyclist and current presenter of GCN Spain, has added in less than a week two training sessions of two hundred kilometers on the roller. It is rumored that he has a #eversting challenge in mind for the next few days.

The triathlete Nan Oliveras is another who has wanted to kill time on top of the roller. The one in Olot added 300 kilometers of roller in less than 10 hours. Crazy!