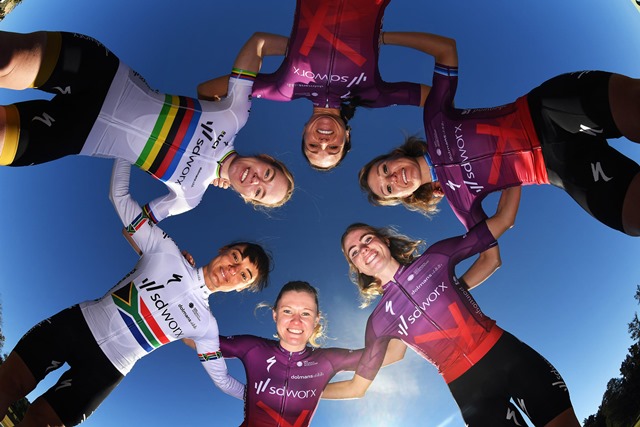 Cycling fans are in luck and it is that with the Omploop Het Nieuwsblad and the Kuurne Brussels Kuurne last weekend the kick-off to the classic season, one of the most interesting, beautiful and spectacular competitive periods of the entire annual calendar.

With Julian Alaphillipe and Mathieu Van der Poel At the head the sports show did not disappoint at all and we were able to enjoy an excellent cobbled aperitif in view of the great events of the coming months.

Within a strategic framework that has become common in recent years, fans were also able to enjoy the television coverage of the Omploop Het Nieuwsblad female, a race that, with the intention of maximizing the audience, broadcast its decisive section just a few minutes after the male finished.

But sadly, all that glitters is not gold, and women’s cycling screamed at the sky when through Twitter Internation Elles, it denounced the huge economic gap between men and women.

The distribution of prizes, for which on paper it is the same race, outraged women and a large part of the cycling community who showed their full support on the path to equality.

An equality that unfortunately is not only light years away in terms of employment contracts related to cycling, but also presents important differences in the distribution of prizes.

Enjoy the incredible @OmloopHNB yesterday? We did!
We didn’t enjoy finding out what the winner’s prizes were.
€ 16,000 for the men and € 930 for the women.
Impossible to ignore the inequality.
We battle on. Women’s cycling needs more positive change! 💜#womenscycling #equality pic.twitter.com/6qNtrV1qTs

More than 15,000 euros of difference for the same race. A significant gap that highlights the long way to go in this regard and is that beyond the winner’s prize, what should concern us are the secondary prizes, which in the case of women’s cycling hardly distributes any money between the rest of first classified.

Reactions were not long in coming and Tomas Van den Spiegel, CEO of Flanders Classic (company organizing the event) he regretted on Twitter that he was quite disappointed with the reactions and the lack of empathy towards all the efforts that have been made in recent years for women’s cycling, affirming that yes, being fully aware that the objective is keep working hard to close the gap.