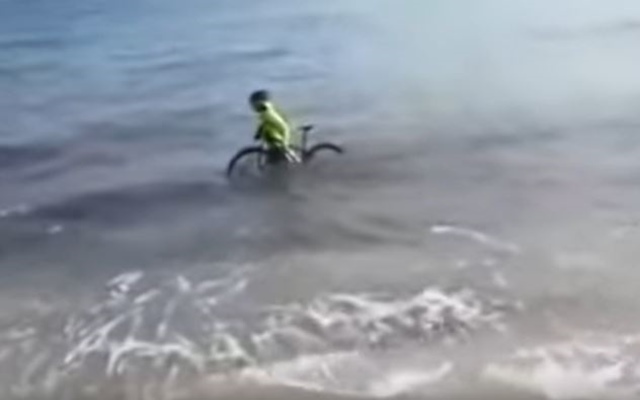 It seems that some still do not understand what this is about confinement and citizen solidarity.

The clear example is this cyclist who, with all of Italy confined and in suspense by the COVID - 19 massacre, had the brilliant idea of ​​going out for a ride with his MTB bike. The cyclist, who can be seen perfectly in uniform, does not seem to be buying bread or any basic necessity.

Persecuted by the police the "character" in question he went into the sea with his inseparable bicycle with the intention of freeing police control.

A few minutes later and after several warnings, the police arrested him. The cyclist in addition to paying a fine that can reach 3000 euros, you will have to replace your rusty bike.

The events that took place in Otranto (Italy) perfectly illustrate the daily difficulties that the police have in keeping at bay the risky ones who ignore the confinement.