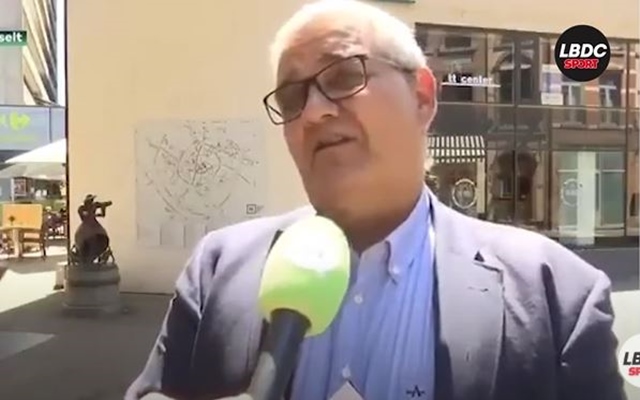 What happened in Hasselt (Belgium) is the least surreal. A "cyclist", in an evident state of drunkenness, decided to take justice on his own and hitting the mayor of the city with his bicycle and in front of all the television cameras.

The subject in question had apparently already shown on more than one occasion his discrepancies with the management of Steven Vandeput.

The mayor who for things in life was promoting a gin festivalHe was dressed without any reaction capacity by the "cyclist" and his touring bike.

The collision ended without major consequences for the Belgian politician who was accompanied by his team, who quickly reacted to protect him from the aggressor. The state of drunkenness seems evident and is that the "cyclist" fell to the ground with a simple push.