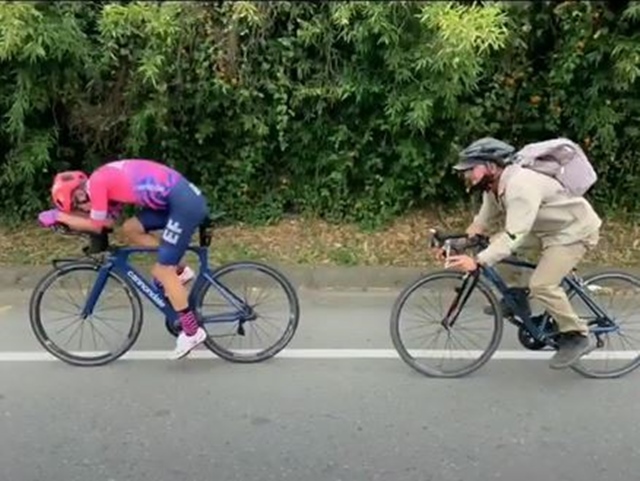 Cycling in Colombia is practically a religion and this is demonstrated by the passion of this peasant who, riding his bicycle, gave every ounce of strength to ride for a few kilometers with one of the best coffee cyclists in history.

Rigoberto Urán he is genius and figure. The Education First cyclist who became second in a Tour de France, is one of the most media athletes in the country and it is common to see him interact in a fun way on social networks. In fact, Rigo has more followers on Instagram than Egan Bernal, Colombian compatriot and last winner of the Tour de France.

Uran that rolled on his beloved roads of Antioquia he did not make it easy for the peasant. The 33 year old cyclist he was riding on his time trial bike at more than 45 kilometers per hour when he suddenly became aware of the presence of a cyclist at his wheel.

The Colombian did not leave his amazement, so he decided to temporarily stop training to give prominence and visibility to the peasant. "Mijitos see, then, when one of the true competition comes out on the road" declared the Olympic medalist in London 2012.