News : A giant ostrich “bites” with a group of cyclists 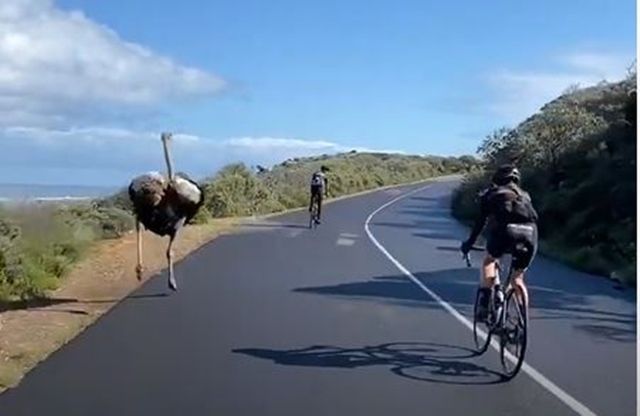 This group of cyclists will hardly be able to forget what happened to them while they rode quietly through the Cape Point National Park (South Africa).

The athletes were enjoying a beautiful tour near the sea when suddenly a giant ostrich crossed his path.

One of the cyclists, completely stunned, took out his camera to immortalize a unique and unrepeatable moment.

The animal decided to step on the asphalt and sprint until it reached the cyclist who was rolling in first position. Shortly thereafter, it turned to the right side of the road.

A pleasant video that recalls the enormous physical power of these birds that can reach speeds of up to 70 kilometers per hour.