News : A rival drum caused the fall of Geraint Thomas 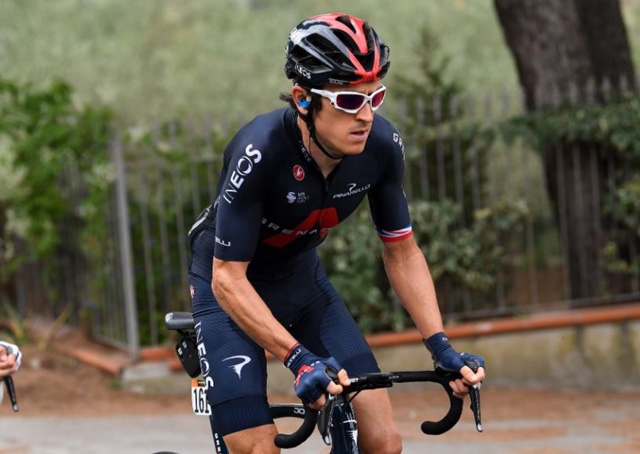 The first mountain stage of the 2020 Giro d’Italia has marked a lot more differences than could be expected.

The climb to Etna has revealed the physical condition of great favorites like Simon Yates but the stage has been even more decisive in its neutralized kilometers.

On this apparently safe route, the Welshman Geraint thomas (Ineos) saw a bottle from the Bahrain McLaren team shattering their hopes of making a good general classification.

The winner of the Tour de France in 2018 was unable to save the fall when a jerrycan of the rival team crossed his path. The 34-year-old cyclist who started as one of the big favorites for the final triumph was going directly to the ground and was forced to complete the entire stage with obvious signs of pain.

The Ineos leader lost more than 12 minutes at the finish line. An unrecoverable time that completely ruined his aspirations in the Italian round.

At the moment the physical state of the Welshman is unknown but it is to be expected that in the next few hours the Ineos team will issue an official statement in which they report whether or not the cyclist will continue in the race.

For the moment the networks have already opened the debate about the management of drums and waste in the race. Should the UCI regulate this type of action?