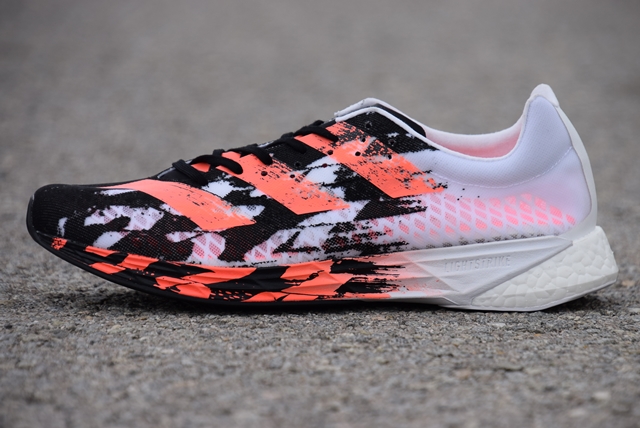 Analysis and characteristics of the new adidas Adizero PRO competition shoe, a model that comes hitting hard with the vitola of being the first Adidas flying that uses a carbon fiber plate. As if that were not enough, the German brand itself refers to it as "the most advanced and fastest in its history."

Adizero is the most advanced line from adidas and where advanced technologies and designs are concentrated, with the sole objective of providing the best possible performance. Thus we find two of the best adidas models such as the Adizero Boston mixed shoe, or Adizero Takumi Sen (this already flying or competition shoe and companion of Adizero Adios, both responsible for a good handful of world records in various distances, including marathon) .

But in the 2019 New York Marathon, although the laurels of the victory in the women's category were taken by the Kenyan Jocyline Jepkosgei ..., some of our eyes were fixed on the second classified. Specifically on his feet, since his compatriot Mary Keitany wore unknown shoes, something that was understood as a prototype of adidas. So much attention was drawn that eclipsed the formidable adidas Adizero Adios of Jepkosgei. In the men's test, also the second classified, Albert Korir wore the supposed prototype of adidas.

As it turns out, Keitany, the four-time champion of the New York marathon, has actively participated in the development of this new Adizero PRO and probably, in this latest edition of the famous New York race, was already wearing the final version before being sent to the factories. of the German brand. 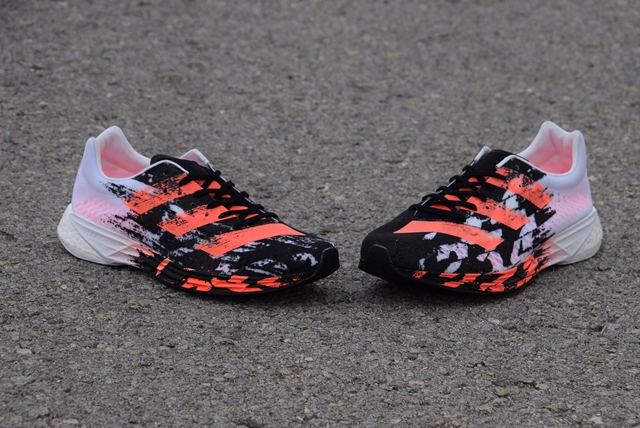 A subsection: January 12 in Valencia. Rhonex Kipruto wearing adidas Adizero Takumi Sen surprises own and strangers by bursting an expensive, expensive, world record in the hands (or feet, rather!) until then of Vaporfly NEXT%, the technological madness of Nike that has half an athletic planet discussing whether it is valid for compete or not

Well there adidas, the quiet cheetah, seems to have advanced stealthily to hit sovereign blow on the table. And while Nike and the others are digesting such boldness, adidas has this time launched a blow with the presentation of adizero PRO model, heir to a victorious saga such as Adizero Adios or the other models of Mr. Omori, such as Adizero Ren and Sen respectively. 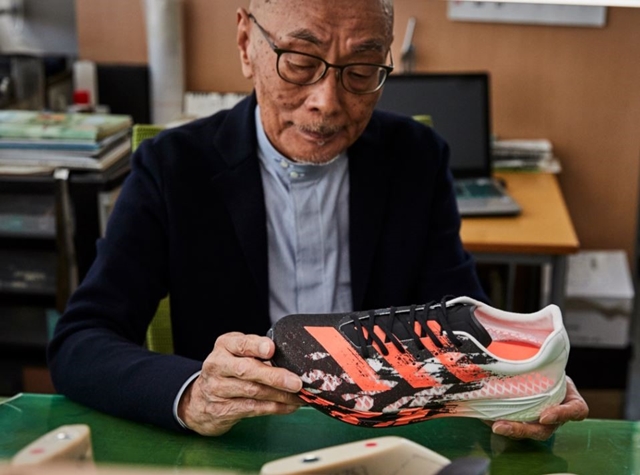 Toshiaki Omori ... What a character. A genius, an artist, a visionary, a little of everything ... I don't know how much adidas will pay him, but I do know that when he is allowed to work with the patience required by the Japanese school, he has been able to create, I think, the largest number of winning shoes designed by the same person.

Let's go with what brings the new arrow from adidas. 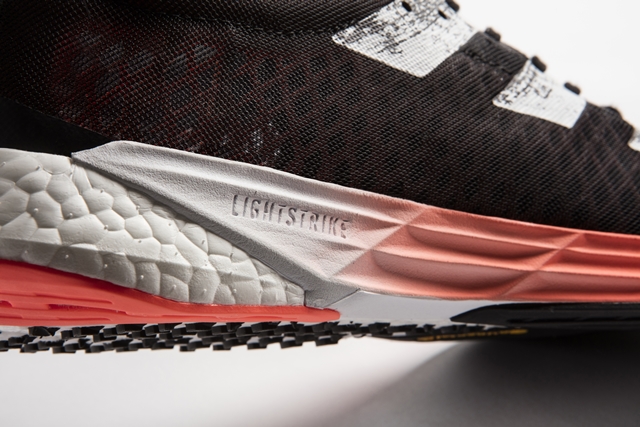 The adidas adizero PRO midsole is the star part of the shoe and stands out for using a Carbitex multidirectional carbon fiber plate.

Someone may sound like Carbitex, especially if they are fond of MTB since Scott already rides this material in some of his high-end MTB shoes. Since the American brand Carbitex also manufactures running and trailrunning shoes, it combines experience working the carbon fiber with its own making shoes. It is not surprising then, the alliance with adidas for the development of its carbon fiber plate in competition of other running shoes that already run around, especially the Nike Vaporfly.

In any case, adidas adizero PRO directly benefits from the properties of Carbitex carbon fiber (adaptability to different race situations, non-linear stiffness when flexing, lightness and durability) to create a shovel that increases the response vertically and increases the Stride launch efficiency. 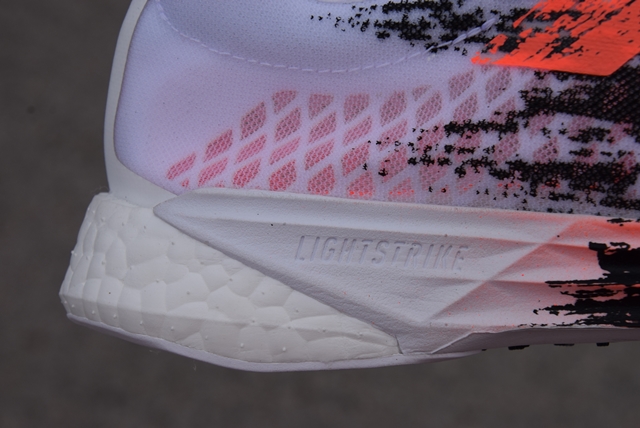 What was going to be there ...? Of course not. Boost has been a serious competitor as the main material of the adizero PRO midsole and is LightStrike.

There is a part of the midsole made with Boost, specifically that of the heel and that benefits from the properties of this compound manufactured by BASF for adidas. It is a cushioned material, very reactive and capable of working in ranges of extreme temperatures (unlike traditional EVAs that lose properties with very hot or very low temperatures, Boost does not flinch). Another characteristic to value of Boost is a very high durability.

The rest of the midsole is made of LightStrike, a material based on EVA, with great cushioning and response, as well as lightness. Adidas has used it a lot in basketball shoes, where these properties are also important and now take advantage of that performance experience not only in this adizero PRO, but also in adizero Takumi Sen (that of Jepkosgei), precisely and in the multi-winner and accumulator of world records adizero Adios in his last finish just out of the oven.

Both of them, Boost and LightStrike complement each other with the carbon fiber plate to offer an explosive midsole, cushioned and with great durability and that uses an 8.5mm drop. But ... How do they do it? (paraphrasing the famous television show ...). Many indicate that the Boost is in the heel area ... That those who have only read the press release of adidas and copied literally ... Perhaps they have not seen the shoe more than in photos. 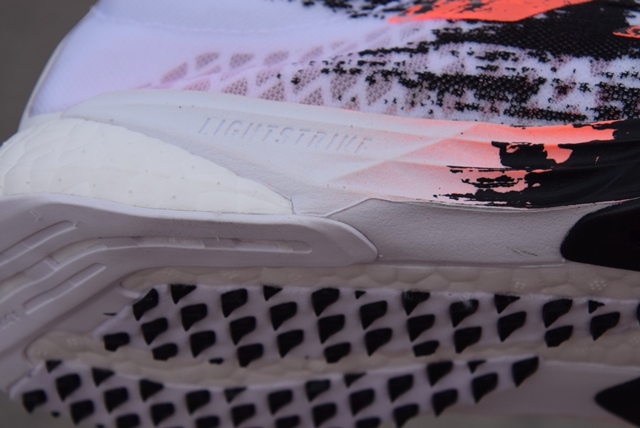 Well, no! The Boost material is in the heel area ... if you only look at a photo 😛 But if you have them, and turn them around, you discover that it is much more interesting than that. Since there are people who at the beginning of Boost complained of an alleged instability, here adidas resolves any doubts by enclosing said material between walls that are LightStrike material. Thus, from under the ankle and traveling to the toe, on both sides of the shoe, LightStrike contains a Boost section in the inner zone. 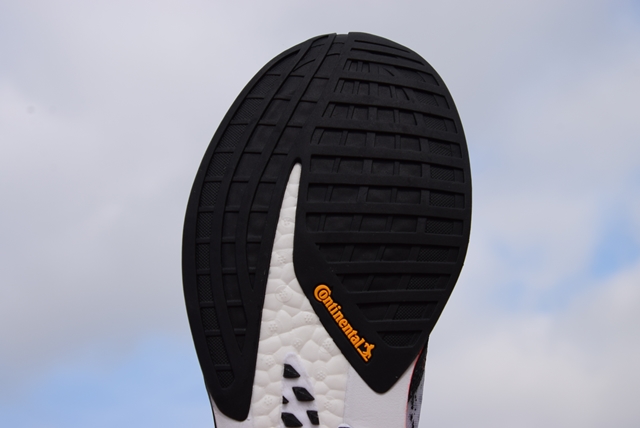 This will be the one who really takes the greatest force from the impact on the ground when running and will return his famous rebound favored, in addition, by the lateral containment that LightStrike will maintain. In this way, Boost's response will be predominantly vertical and not in other directions.

For the same reason, Adizero PRO already points out that it will have much more stability than it may appear. 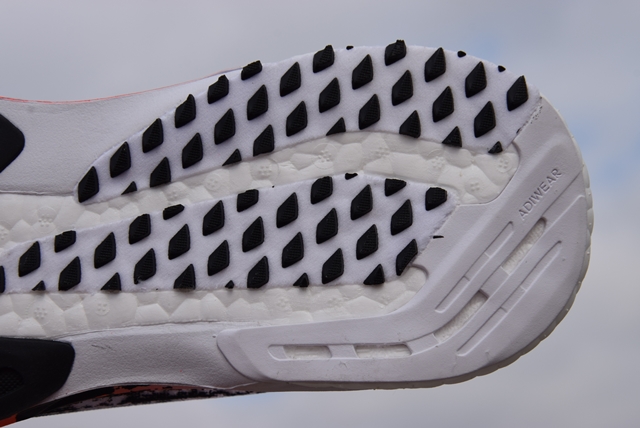 The adidas Adizero PRO sole also has its what ... If in recent seasons we had become accustomed to Continental® rubber and in particular the Stretchweb composition, flexible, adaptable and with high adhesion, now it has to give, as Boost, a little space to another new compound: Quickstrike DSP.

QuickStrike DSP consists of small and incisive injected studs. They are manufactured with a polyurethane base under a procedure called Dual Stencil Process, developed from the Seoul Olympics to provide a solution to a high-performance sole, but at that time also caused great difficulty in production.

Working as a team: rubber Continental® in the area of ​​the metatarsals + toe and QuickStrike DSP in the back of the sole. QuickStrike studs are very recognizable when you turn the shoe and look at it from below. Notice to the more traditional runners: no, they were not mistaken in adidas. The very fine tacos in the area under the bridge and heel, are there because that's where they wanted to place them, even if someone breaks their heads thinking that they have put those from back to front and vice versa.

In any case, Adizero PRO spends a sole with a large surface of Continental® rubber in contact with the ground, fine studs that will give it an exceptional grip, and a heel reinforced with Adiwear material for greater durability (... whoever touches with heel running, of course). The adidas Adizero PRO upper shows a single layer Celermesh mesh. It is so thin that it becomes somewhat translucent at some points. In fact it is the finest mesh ever made by adidas and that translates into several benefits. The first is that of lightness, since if a material is light, if it also gets very little, the benefit increases, it is clear. Another is breathability. Since it is able to see through the grid of the mesh, ventilation is guaranteed. 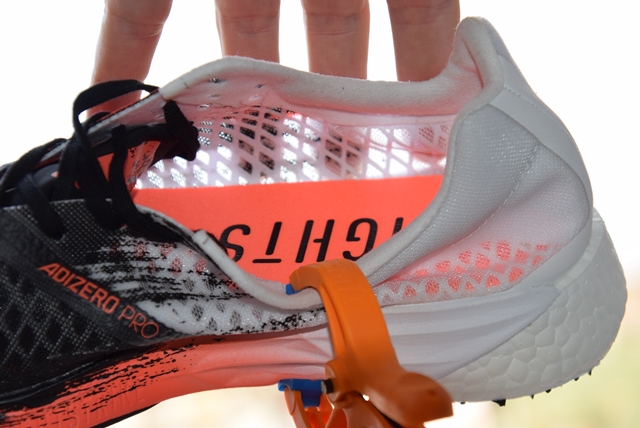 But like everything in a running shoe, what you earn on the one hand, you have to lose on the other and in Adizero PRO the toll to be paid is the one with the least protection in terms of restraint. It does not mean that the foot is not well embraced and collected, but obviously it is not the same as if you were wearing synthetic leather reinforcements or fastening straps or straps, as for example if you wear daily training shoes. 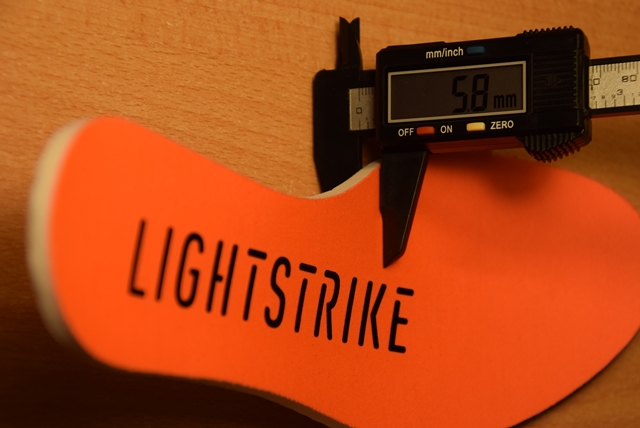 The tongue is very, very thin, and only has something thicker coinciding with the eyelets that are closer to the ankle (the ones that press the most against the foot, being here where it flexes). Even the adidas logo, the three bands, are painted, to save on material, ergo weight, unnecessary. Inside, a surprisingly thick template of no less than 5.8mm Padded foam will help in overall comfort. It is very lightly glued, unlike those of daily training, which come easily, but come on, but nothing that can not be removed by stretching minimally and without damage. Another surprising element: Will the eyelet piercing machine have gone out of hand to the operator (or robot)? This half-joking question helps me to explain that while the laces (planes) are passed by five eyelets on each side ... There are actually 23 eyelets available on each foot! Seven on the inner side and no less than sixteen on the outer side are used for each runner and runner to configure the loop co-mo-les-dé-la-re-al-ga-na! And it is that the competition shoes have to satisfy the needs, sometimes customs and often hobbies of the athletes of high competition, who always need a little more customization point in the adjustment. For the most popular broker, surely they just touch them from their original factory settings. But power to customize the loop, they will have it. That's for sure. 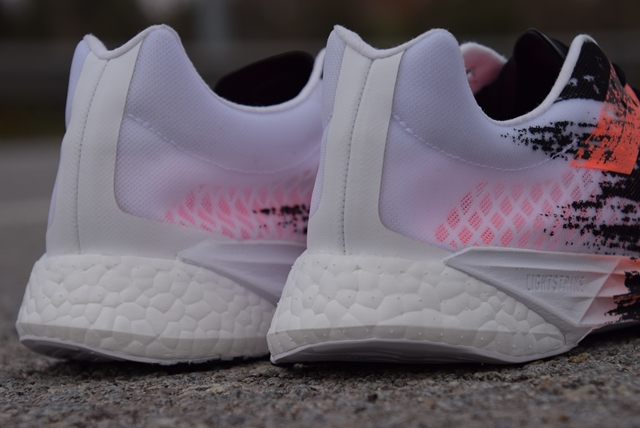 The heel buttress shines by ... its absence. In fact, this is normal in racing shoes. In this Adizero PRO, only the Achilles area is reinforced ... something disconcerting as adidas is the brand that has chosen to relieve this critical point of pressure.

Adidas Adizero PRO is a competition or flying shoe of only 235gr and that stands out for the use, for the first time at adidas, of a carbon fiber plate in the midsole to help in running efficiency. It is an alternative to other competition models that already use such technology, such as that of their rival Nike Vaporfly NEXT% or the new Nike Air Zoom Alphafly Next%.

The carbon fiber plate is combined with a midsole in which two different materials are used: Boost and LightStrike. Both have damping properties, but the first with a high rebound capacity and the second lightly. The difference in heights in the midsole provides a drop of 8.5mm. Below, in the sole, two compounds are used, such as tires from the Continental® tire brand and QuickStrike DSP, a derivative of EVA injected in the form of fine and incisive studs. If we go to the upper cut, we see that a very fine Celermesh mesh will hold the foot lightly and with high breathability.

And although this adizero PRO has been designed for professional runners, it is available to any runner or broker who wants to give a plus to their performance in the multiple races of the calendar. Always better if he or she has some experience and work on the legs. The pace of those who want to take them should be the maximum to which they can play a competition, always in search of the best performance, whatever it may be.

The official price adidas Adizero PRO will be around € 180 since there is still a little to see them in specialist stores.