We analyze the characteristics of adidas Pulseboost HD, one of the latest developments of the German brand for this 2019. This shoe comes with the new Boost HD midsole, the evolution of a compound that revolutionized the running shoe market by enhancing, as never before, the use of energy from Return that is released when hitting the ground when running.

Now, that Boost ™ evolves and presents itself as HD, implying that adidas does not want to fall asleep in success. So it has the competition entertaining, as happened with virtually everyone else, who had to put the batteries after the blow on the table of the Germans in 2013 with the invention of Boost ™. 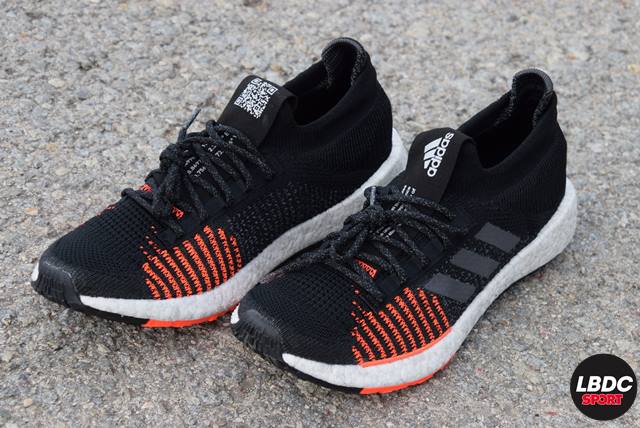 adidas Pulseboost HD it's not just a midsole, it's also the profile, very urban, since it uses an appropriate drop for the running-dress relationship with the idea put in runners that wear the shoe beyond the training or race. Or the inclusion of the concept of not only running in a unidirectional way, which we will see in the explanation of the sole.

Or the issue of portability ... What !! ?? Yes, the runners travelers know what I mean, since it is not the same shoe that occupies like a brick a shoe that is compressed and that even allows to bend over itself and fit in the smallest possible space in a suitcase or a travel backpack ...

Well, that, wood to cut there is here, let's see all the details. 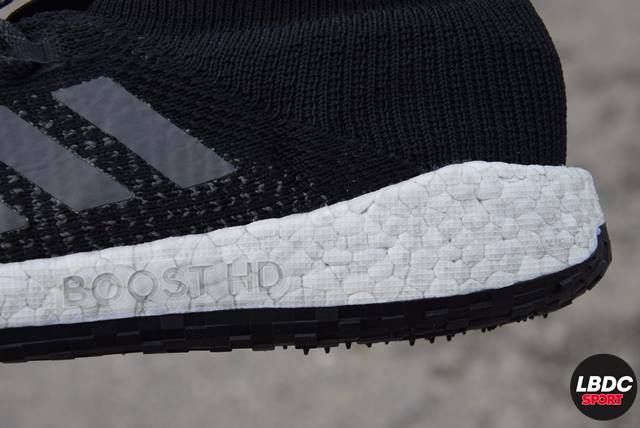 The adidas Pulseboost HD midsole already calls attention to itself by the name, as it indicates that it is not exactly the Boost ™ that we knew so far. For those who still do not know about it, we refer to that granulated material of the midsole, manufactured by the giant of the chemical industry, also German, such as BASF.

Boost ™ is an expanded thermoplastic polyurethane, originally called Infinergy. To the buffering properties and the transformation of the energy released by running in a rebound energy return, we must add extraordinary durability and a capacity of work in a high temperature range, from the coldest to the hottest . 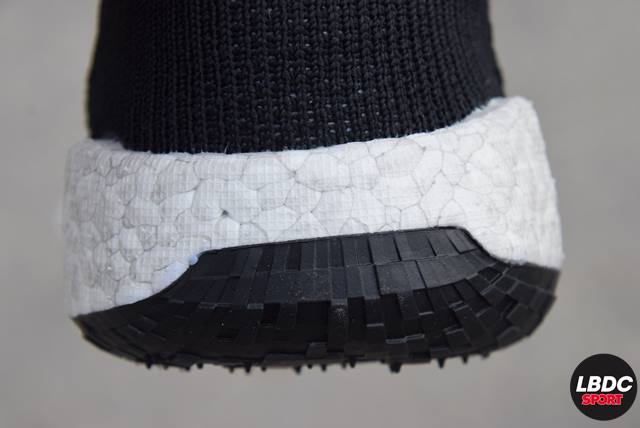 What is the novelty then in Boost HD? Well, what the density of the compound increases by 30% with what you get to get up to 10% more reactivity. Another aspect, although this is more aesthetic, is that it allows to add pigment in the production process, with which it will now be usual to see midsoles with Boost ™ that are not only in the white color that has existed since the first one left there in 2013 : adidas Energy Boost.

The profile of the Pulseboost HD midsole is quite low since the height of the heel with respect to the ground is 18mm, while the area under the metatarsals is 10mm. adidas has searched for a drop 8 for a running shoe, but because it also foresees that there will be someone who will use it to work or dress, simply, while it is time for training. In the eyes of adidas it is the best fall between the heel and the metatarsals for a position outside of running. 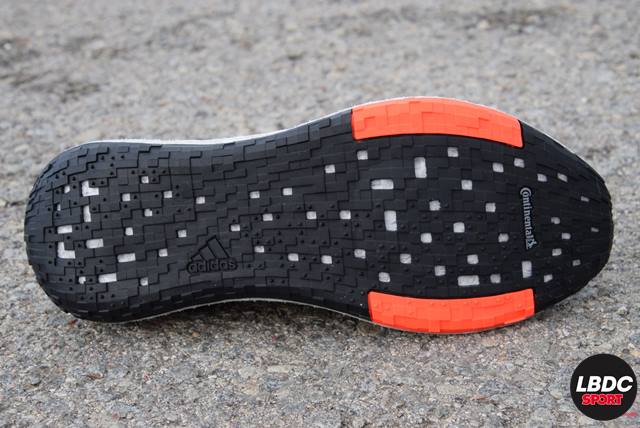 The sole of adidas Pulseboost HD is what can dislodge most anyone who observes it. The compound used is a rubber of the Continental® brand with which adidas has been working for years. But of the design, it is necessary to say that it is in waffle, that is the typical one of a bamba to run ... but that here it does not have a distribution to the use. If in a waffle sole the tacking is designed to drive unidirectionally, that is, forward ..., in Pulseboost HD it is taken into account that in urban environments when running you have to change direction continuously, sometimes even abruptly. 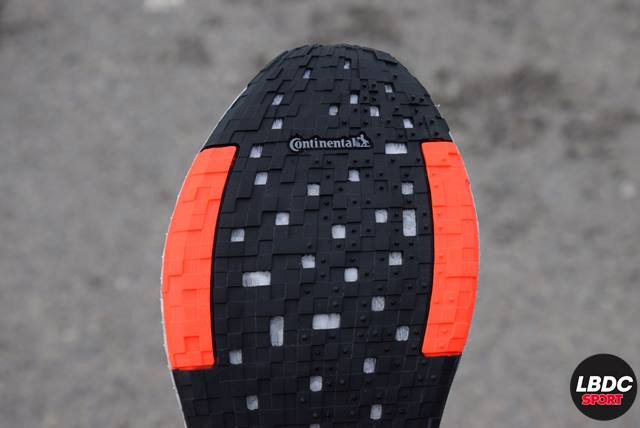 Thus, the tacos are neither very prominent nor very pronounced, to allow precisely a greater pattern of movements. Speaking of pattern ... The fact that you see so many grids is because the design is inspired precisely in the cities. It can be said that the Adaptive Traxión sole follows a city pattern.

Still more, the holes that are seen along the sole have as a function, apart from subtracting grams, help the Boost ™ to expand through them under the pressure of the runner so that, in the return, favor something more reactivity. 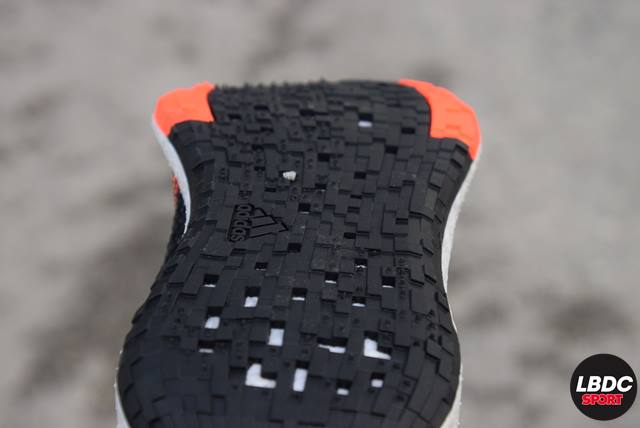 And there are still more technical solutions: The edges of the sole are rounded so that the impact against the ground, in any of the ways, is softer. And if we look at the area under the metatarsals, on the outer edges there are two bands with different color to the rest of the sole. Here adidas makes good the saying that, in exchange for color, material change, since those two strips are harder than the rest of the sole to gain in durability.

Finally, to say that the small dots that stand out in some areas of the sole and in others do not mark the path that the foot will follow during the transition of the footprint. 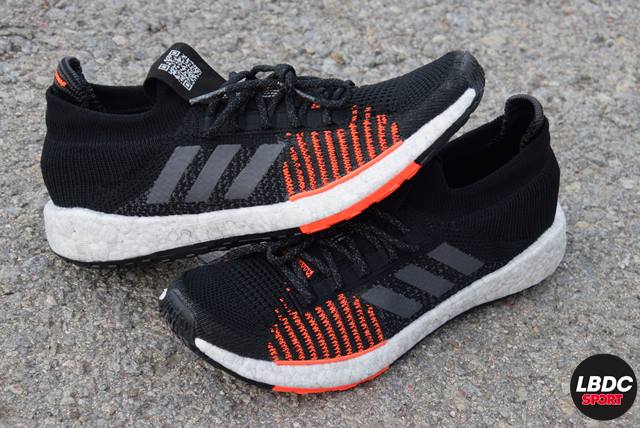 The adidas Pulseboost HD upper has no waste either. Use an Adaptive Knit mesh which uses a point from smallest to largest from bottom to top. In this way, a better grip is obtained in the lower part of the foot and a higher breathability in the higher part since there the mesh is more open. 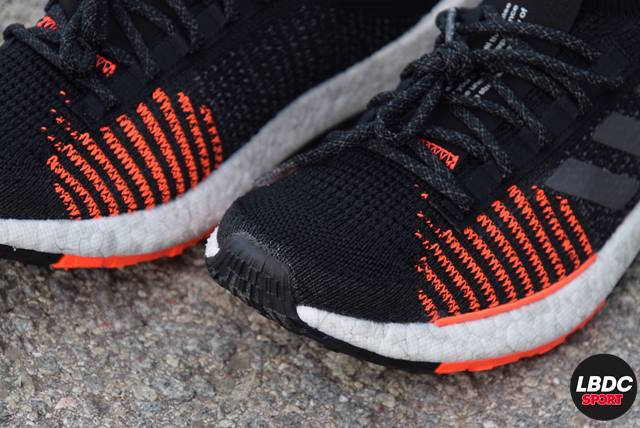 One of the most striking points is the instep. What would be at the height of the bunions. Once again adidas makes it a habit to visually highlight the details by using a different thread (orange, in the photos). In this case it is an addition of thread to reinforce an area called more crossed movements (what we said of running through the city, with changes of direction more continuous and abrupt than when running on roads or open spaces, for example).

The Tabs are a real showcase: one the crown the name of the brand, but the other a QR code that, in the absence of further deployment in all countries, currently only provides access to a list of Spotify, although in the future it should be able to recommend routes using positioning Mobile GPS, as well as information from the adidas Runners community closest to whoever uses them.

More info that they incorporate: The coordinates in Decimal Degrees of three important cities of the world and of which I will not do spoiler 😉 and also a legend:

Going back to the concept technology and materials, the heel seems to have no buttress to stabilize it when hitting the ground. This is not so, since it incorporates one, although it is hidden under the mesh. Of course, it is something simpler and softer than rigid, but it is there doing its function. 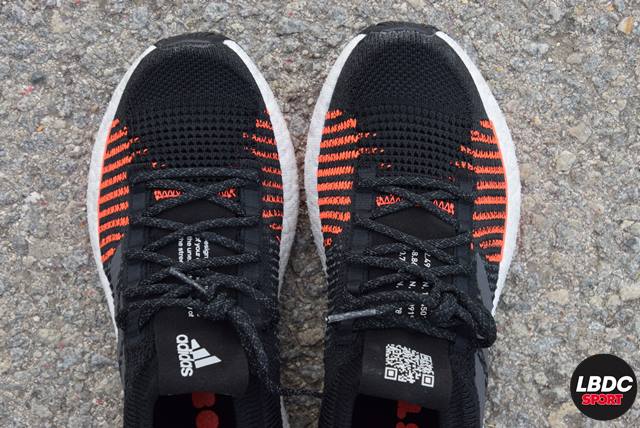 Adidas Pulseboost HD is a shoe to train or to take to a competition, although your usual work environment is going to be urban. This is because it incorporates a series of elements that give it that nuance: a sole with a different taqueado, a midsole with a profile and a lower drop and an upper with reinforcements thinking of more than just unidirectional movements.

Although it can be used for all kinds of training or racing, it is not a specialist-specialist, so there will always be an option that goes beyond the brand itself, for example: for daily training an adidas Ultraboost 19, for compete adidas Adizero Adios or as a mixed adidas Adizero Boston. On the other hand, runners and runners with a high weight, could make it serve, but in sessions of not much intensity or little durability.

At the time of running, that the shoe has a chassis that allows it to make a ball may not be important, but if you travel for work or leisure and you want to keep running, it is a value, especially with the battle for space, with airlines tightening more and more by the size / weight of the luggage. In that sense yes that is a point in favor ... for more than it could seem. The official price of adidas Pulseboost HD is € 139.95 (see design and offers).