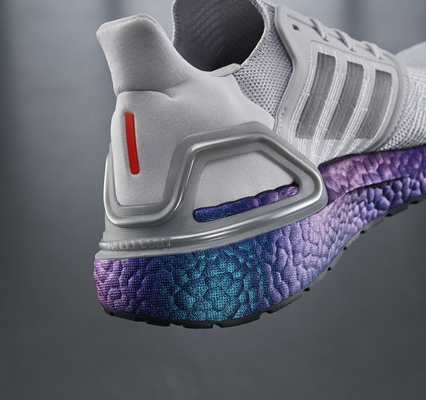 We analyze adidas Ultraboost 20, a daily training shoe born as a commemoration among this giant of the distribution of sports equipment with the International Space Station (ISS U.S. National Lab). Ultraboost 20 it has meant the exit shot to a time of development and innovation in space for, according to the German brand: "enhance the performance of athletes on earth." The way adidas starts this alliance send Boost technology to space on a mission with NASA, at ISS U.S. National Lab to research and develop future projects.

Thus, adidas revolutionizes again one of its most iconic high-performance shoes: Ultraboost. It does so by emulating the concept of building a space shuttle, where each part has a unique purpose. Thus, each element of Ultraboost 20, especially the upper one, has been optimized for each of its functions in the idea of ​​raising the performance of athletes to higher levels.

To develop this technology, adidas has used laboratory tests, and many hours of research, as well as interviews with thousands of runners and runners to reach the ultimate combination of comfort and responsiveness, designed to provide those who use it, the confidence to go beyond what they expect when it comes to running. 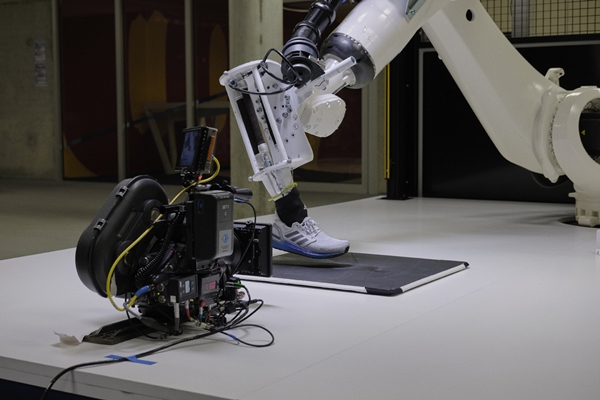 A novelty in the Primeknit fabric upper is the use of TFP, or Tailored Fiber Placement, which adidas has already successfully implemented in another revolutionary model such as Solar Boost, and where the German brand has already made clear its commitment to innovation inspired by NASA in general and, as I said, in the conception of the space shuttle in particular. This fiber structure uses thousands of micropoints specifically distributed throughout the foot offering optimal support and stability, especially in the midfoot.

The Boost midsole, combined with a flexible sole, allows the tread to work better as explained by adidas: providing a return of energy “out of this world” in reference to the development in space. 3D Heel Frame is the technology in the heel that will provide stability through the support providing protection and confidence to face each stride.

The main features in Ultraboost 20 are: 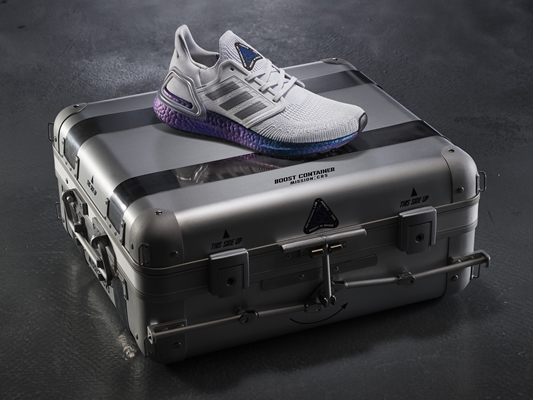 At the launch of Ultraboost 20, Sam Handy, Vice President of Design for adidas Running, highlighted the innovative character of Ultraboost to reinvent itself: “With adidas Ultraboost 20 we have taken off again. The new silhouette has been carefully designed to provide a high degree of energy return to the user, combining our iconic Boost midsole with a Primeknit upper with custom fiber placement. As a result, the shoe responds to each step by pushing the runner forward. The design aesthetic of the new adidas Ultraboost 20 is inspired by our partnership with the ISS U.S. National Lab and, we plan to take the Boost to even greater heights"

In summary, this adidas collaboration with the ISS involves innovating, learning and sharing information in order to collaboratively create the future in sports performance.

Let's see it in parts: 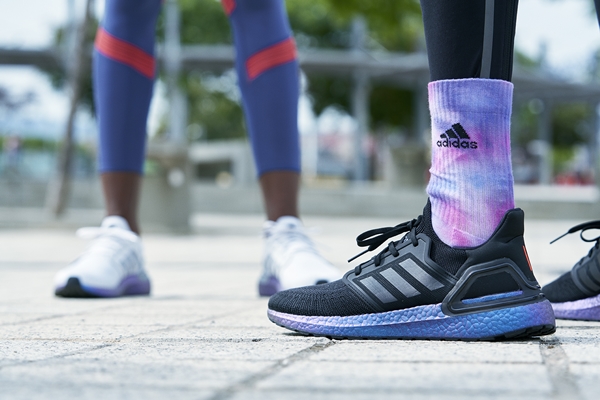 The midsole of adidas Ultraboost 20 is perhaps the most predictable part of a model that from the first finish bet everything on the Boost compound. No doubt this technology, which comes to adidas from the hand of the chemical giant BASF, is holy and strong. Boost consists of a material that is a pre-expanded, lightweight, very elastic TPU that is pressed into the shape of a midsole.

The main contribution of Boost is a very reactive cushioning (of all, adidas was the first great brand to clearly bet on this concept). But with Ultraboost 20 an optimized Boost is already used that seeks not only to help in the rebound, but that it concentrates on helping to launch the stride forward. In fact, the amount of Boost has been increased by 20%, so whoever is a user of adidas in general, or Ultraboost in particular, will be in luck. 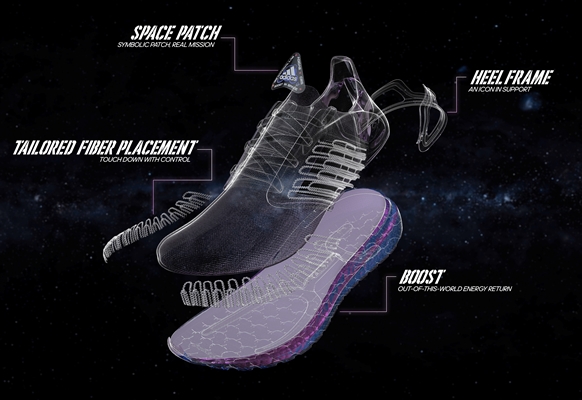 At the level of stability, it must be said that, although UB20 is a shoe designed for neutral tread, the Torsion Spring piece that inserts adidas into the midsole works to stabilize the rotation of the ankle at the moment of impacting on the ground of first to progress during the tread.

The heel height with respect to the sole is 22 mm, while in the area of ​​the metatarsals it is 12 mm. Therefore, the drop is 10mm. 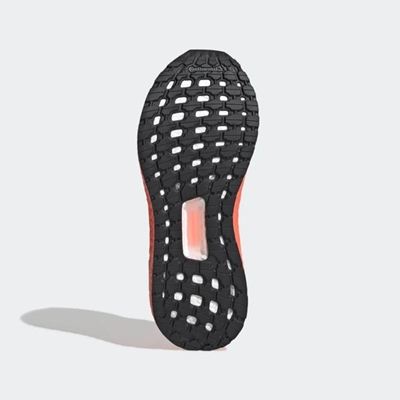 The Ultraboost 20 sole is made of rubber from the tire manufacturer Continental®. Not only is it a very wear-resistant material, as expected, but it also has high adhesion properties.

The design with a large number of studs scattered throughout the entire sole will allow this work of grip on any surface, whether asphalt or dirt (parks or roads, which for more complicated routes already exists other types of footwear).

But there is also the issue that rubber is the Stretchweb type with characteristics that make it go further. Mainly the added value is that it is a very flexible and adaptable material, favoring a great perception of the terrain on which it runs and that improves the overall flexibility of the shoe.

If you look at the sole from below, you can clearly distinguish the torsion piece that was mentioned in the midsole section located more or less under the ankle. 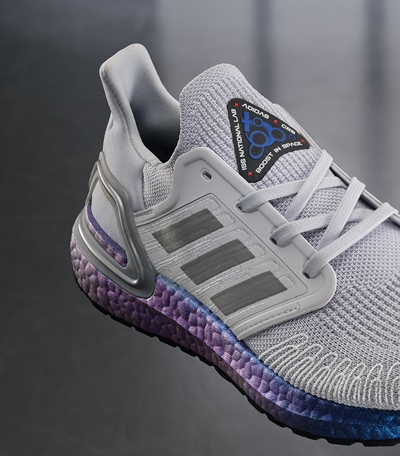 The upper or upper cut of adidas Ultraboost 20 is the protagonist of TFP that is Tailored Fiber Placement. This represents an evolution with respect to Ultraboost 19, since the Primeknit mesh benefits from fiber insertion technology where every square millimeter has been scrutinized in detail so that the mesh performs its function with maximum precision.

This fiber structure has thousands of micropoints distributed throughout the upper to offer perfect support and stability. We used to witness the use of this technology in the Stock Market Hall when we visited the adidas headquarters in Herzog to see the first shoe with TFP and those that would come later: Solarboost, Solarglide and Solardrive.

And not only TFP lives Ultraboost 20. In the middle area of ​​the foot we find a whole section that is responsible for keeping the foot securely fastened because when closing the loop, it stretches the entire section by hugging the foot by holding it.

For the heel area, adidas continues to rely on 3D Heel Frame, the characteristic buttress that laterally holds the Achilles area free to reduce pressure at that point. Above, a very high false tongue, together with a raised heel at the same height will act as handles for a body with a booty structure.

adidas Ultraboost 20 is a great daily training shoe where high-end materials are turned, along with very advanced designs, as well as technologies associated with NASA and the ARAMIS motion analysis system are present in its conception. 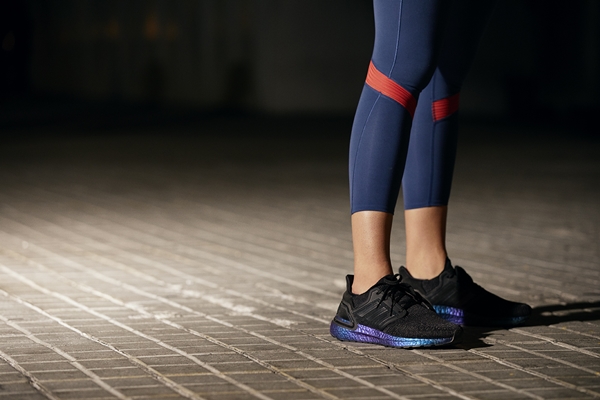 With 310gr, you will get the best performance all those runners and brokers that Look for sneakers to be used primarily in shooting-based workouts. Or in races where they look for comfort above all that accompanies them from kilometer 1 to the finish line, especially the longer it is.

The rhythms to which to use it should be those, those of the shootings, understanding that whoever wants to go faster than 4'15 "-4'20" may already be thinking about acquiring mixed shoes, for example.

The midsole stands out for including 20% ​​more of the Boost cushioned material than in UB19, seeking that running comfort and bounce capacity increase even more if possible. The drop is 10mm based on heights of 22mm in the heel and 12mm in the forefoot. A Torsion piece inside will help stabilize the tread, while below, the sole made of Continental® rubber guarantees both traction and durability. This is also enhanced by the type of Stretchweb compound that makes the sole more flexible and adaptable to the firm while running.

Above, a mesh that uses TFP technology (Tailored Fiber Placement), is responsible for holding the foot in all phases of the tread without leaving a millimeter without function to perform, including breathability. The official price of adidas Ultraboost 20 is € 179.95.