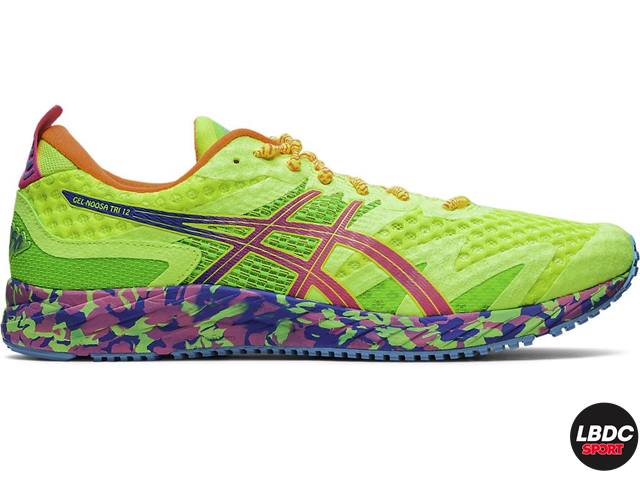 If a few days ago we echoed the return of ASICS Gel Noosa TRI, in version 12, indicating the main novelties of the new release, now we go with all the details of this legendary model. For the most profane, Noosa is the name of a triathlon that takes place in a county of the same name, in the state of Queensland, Australia and that inspired ASICS when baptizing this iconic shoe.

In its first 11 editions it has earned a reputation as a great tool for the running race, particularly in competition and especially if the third sector of a triathlon is involved. Because ASICS was able to give it a touch, based on finishes evidently, to make Noosa an optimized version of a running shoe capable of dealing with triathletes' own demands. 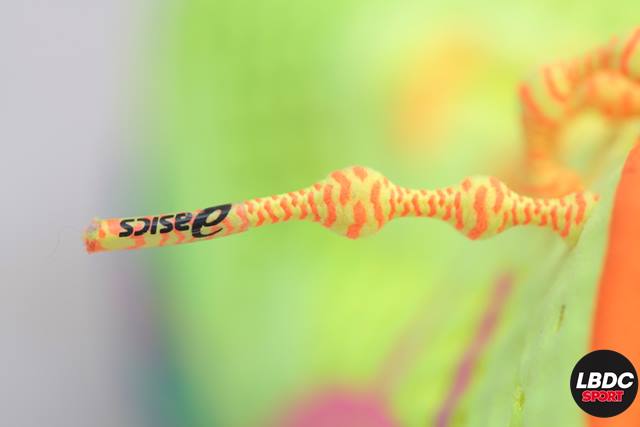 Thus, ASICS Gel Noosa TRI 12, recovers that essence that the Japanese brand had left aside, for the celebration of those who trust an agile, light, easy to fit and ventilated, very ventilated model…

In these almost three years without Noosa TRI, things have evolved, so that the finish 12 leaves the Solyte® midsole, skips the preliminaries and fits directly FlyteFoam ™, a more reactive and lightweight compound. As another novelty, the elastic Caterpy laces arrive, for those who want to file a little more time at the time of putting on. And of course, that cheerful aesthetic so and so characteristic of ASICS Gel Noosa TRI and that no other brand has managed to snatch it ... without even being on the market in the last two seasons!

But there is also an outstanding absence: The Dynamic Duomax material that was responsible for controlling overpronation is no longer present. Therefore, indeed, ASICS Gel Noosa TRI 12 is now a 100% shoe focused on runners and runners of neutral or seedlings.

That is, what little things to explain there are. Let's see in detail what costume they have made to the new Noosa TRI 12. 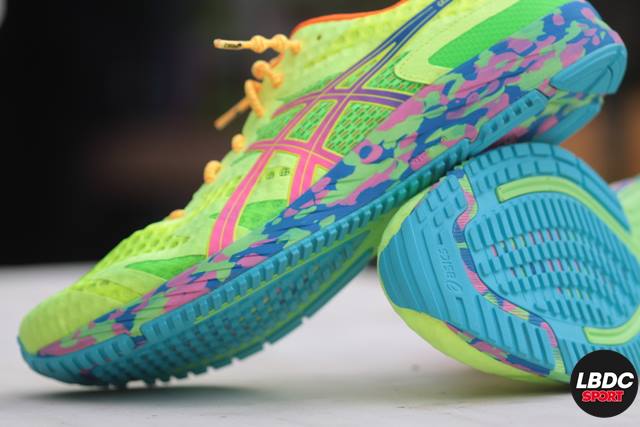 ASICS Gel Noosa TRI 12 midsole stands out for ... many changes! Virtually nothing is the same as where Noosa TRI 11 left it. To begin with, the Solyte compound has disappeared and instead FlyteFoam is now used, which highlights not only its technology, but also its organic origin focused on ecology.

Yes, FlyteFoam is a compound already used in other high-end models of the Japanese brand such as Nimbus, Metaride, Glideride, Kayano or GT4000, for example. Provides durable and lightweight cushioning as it is up to 55% lighter than a standard EVA foam. 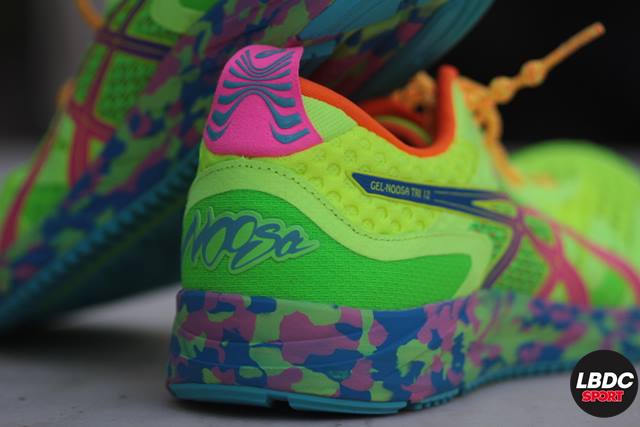 Flytefoam incorporates organic fibers (obtained from sugarcane) that favor the recovery of the material before each new step, and quickly. That FlyteFoam is an ecological material is clear from the moment that a percentage is used for its manufacture (which in Noosa TRI 12 reaches 40%) of nanofibers of organic origin (specifically sugarcane cellulose). Thus, with organic fibers nested in the foam, it connects the material to each other, also improving durability by further resisting the compaction of the material by use.

The GEL is still present in Noosa, although now there is no longer the front unit, and the rear is embedded inside the FlyteFoam. It works the same and is more protected, so it is another improvement in a midsole of just 8mm drop, based on heights of 17 / 9mm. 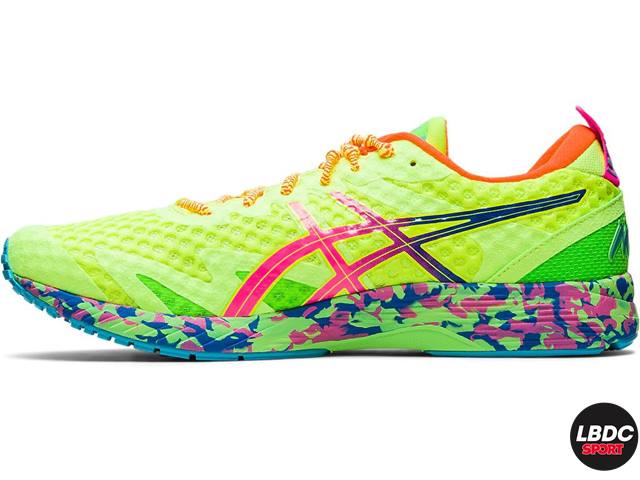 The element that does disappear (perhaps definitely) is the higher density material, Dynamic Duomax. In earlier models it was that darker part of the inside of the midsole. In ASICS they throw in the towel pretending that people stop pigeonhousing Noosa as a shoe for pronators. In the end, they give up and build the new Noosa TRI 12 as a 100% neutral footing shoe and those looking for some stability, whether they say a little or have additional support, especially in long runs, you can always use ASICS Gel-DS Trainer , included in the 10 best running shoes ASICS.

Propulsion Trusstic ™ does remain present, but also modified. This piece, formerly made of plastic and now a derivative of yeast, was responsible for helping in the transition of the tread. Now also, but with more responsibility when it comes to doing some leverage effect, imitating the connective tissue of the fingers, to help that last push and recover the shape after launching the stride. It is easy to visualize by turning the shoe and looking at it from the sole since, although it is integrated in it, ASICS paints it in a different color to highlight it. 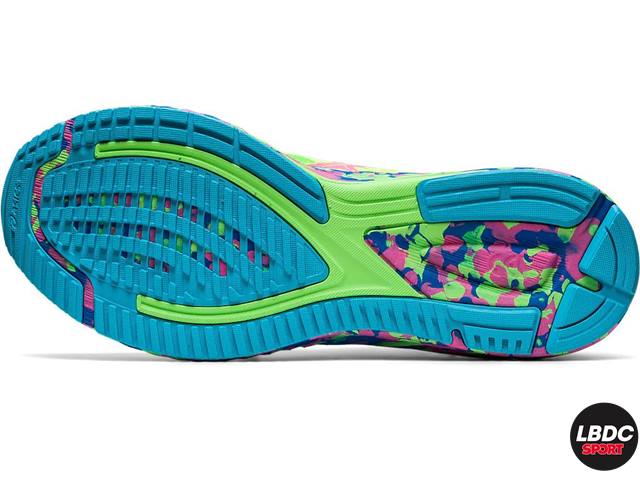 The sole of ASICS Gel Noosa TRI 12 changes a lot compared to its predecessor. The highlight at the design level is that the Japanese brand has sought greater contact with the ground. Now it is almost complete, precisely because of the new Trusstic piece that goes from being placed exclusively under the plantar arch (something that left all that hollow from under the air to its new location), now something more advanced. The whole Trusstic piece has come down and is now at the level of the sole. ASICS even makes notched teeth so that it also collaborates in traction: 2 × 1! 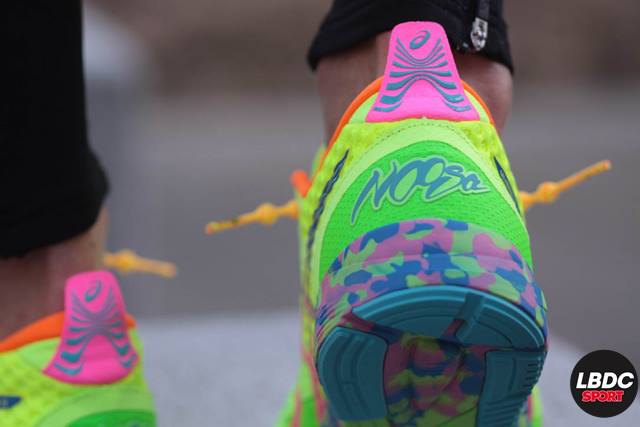 For the rest, we have a horseshoe heel area, to facilitate all types of tread. Later, under the metatarsals, fine transverse cues will also help with traction, especially on hard surfaces, such as asphalt. Right on the toe, the sole is separated from the rest here to facilitate flexion and traction until the last support just before taking off the foot from the ground looking for the next stride.

The durability of the sole is guaranteed because Noosa TRI 12 does not use a normal solid rubber but the AHAR + compound. This is a rubber to which carbon is added to be more resistant to abrasion and, therefore, last longer. 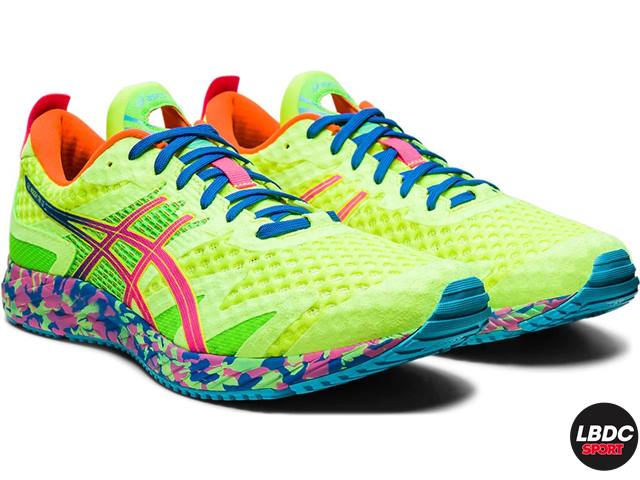 The upper of ASICS Gel Noosa TRI 12 returns us the iconic image of this model as is its characteristic explosion of color. And it is that although the weight of the varied color palette is found in the midsole, and not so much in the upper cut, all together displays that combination of colors that has made it an icon in the running shoes. 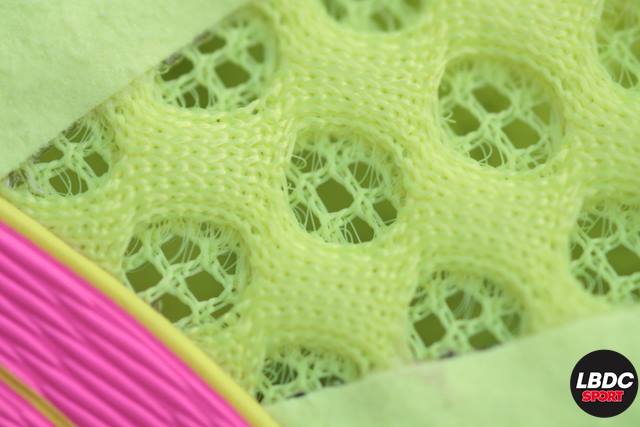 The type of mesh is Openmesh and is characterized by being very, very open to provide as much ventilation as possible. In fact, there is a curious technical solution and that the reinforcements for the entire front area (fingers and sides) are designed so that there are openings to the same midsole without penalizing the adjustment or protection.

Thus, there is a heat-sealed layer of exclusive protection for the fingertips and a separation from the next level of protection that allows to ventilate to the midsole and improve flexibility. That other level, on both sides (in what would come to be at the height of the bunions), hold and protect, but again leaving two gaps for not only maximum breathability, but a high drainage capacity of liquids that can drain legs down, such as the supplies or sponges that are placed so that runners and runners cool off by throwing water over (water that will always stop inside the shoes, one way or another). 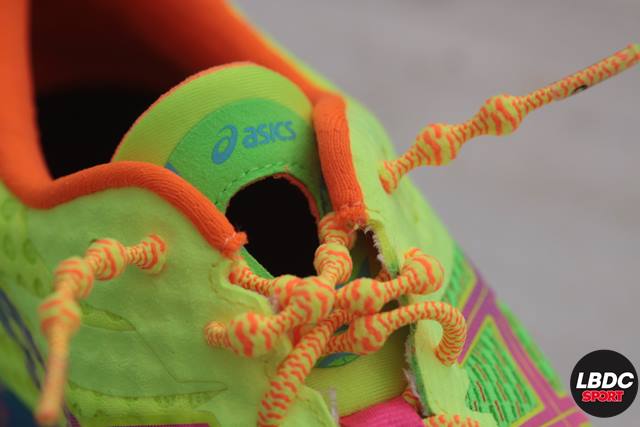 At the level of adjustment, ASICS Gel Noosa TRI 12 incorporates side reinforcements, in the form of heat-sealing using the logo of the Japanese brand itself for this purpose. To finish off an exceptional support, Kobe's leave a pair of extra laces of the Caterpy lacing system inside the box. This is characterized by being elastic and those who wear the shoe, you can set a proper tension, with calm and leave it in the shoe. The good thing that happens is that whoever uses that type of shoelaces, at the time of wearing them, does not have to waste time in finding the right position and tension since they have the right elasticity on one side to open the shoe and introduce the foot, and on the other, that with the introduced foot, the cords do not yield and maintain the exact tension that we ask at the time of preparing them.

This type of cord is not trivial, since Fernando Alarza (Spanish Olympic triathlete and medalist in world and European championships), in the official presentation of Noosa TRI 12 explained that they are used by approximately 70% of triathlon professionals ... and taking account that Caterpy sells them separately for about € 12 ... It is a good extra gift inside the box by ASICS. 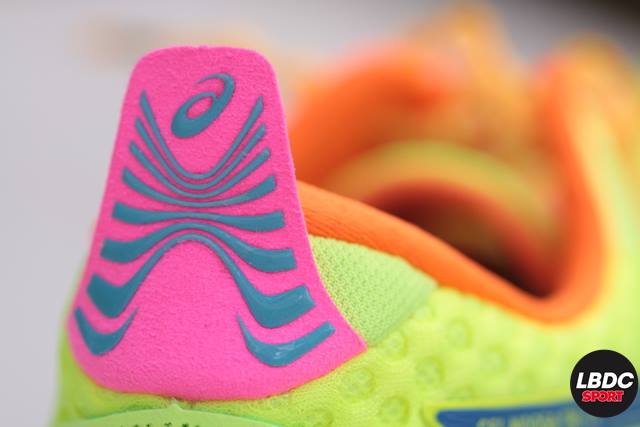 Continuing with an upper full of little things, we now stand on the heel, where its stretched shape makes it a puller that, combined with the tongue (with a large perforated hole to insert the finger and pull), will facilitate the task of introducing the foot, and also do it quickly.

The heel is reinforced to hold the ankle tightly when it hits the ground when running. Behind him ASICS has placed the name of the shoe so that it is clear that one of its iconic models has returned. 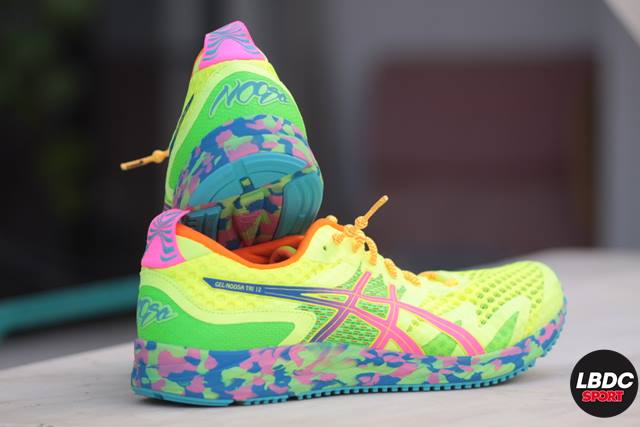 ASICS Gel Noosa TRI 12 is a shoe designed for fast training and competition. It has finishes that make it very suitable for triathlon and is usually used by a very high number of runners and runners who are dedicated exclusively to the running race.

Its weight is very low, just 250gr in the case of the model for men and 205gr in that of women and its FlyteFoam midsole hides an 8mm drop. Below, the AHAR + material, the most durable of ASICS, is responsible for traction and durability, while above, an extraordinarily open mesh will achieve the greatest breathability and ventilation possible.

The indicated rhythms are according to what they are dedicated to. They can be used for all types of series in fractional workouts. On the other hand, in the race it is already a little more advisable to take it only if the rhythms are going to be from something fast to very fast. This is, below 4’15 ”and as far as it goes. For slower rhythms they can also be used, but perhaps it does not justify moving to another shoe, not so light, nor so prepared to go fast.

What can not be done in any case is to have it as the only shoe for everything (training, including filming and racing), but to combine it with a daily training shoe, much better for when they shoot filming at a jog, for example.