News : ASICS Metaspeed Sky | Analysis of the characteristics and Opinions 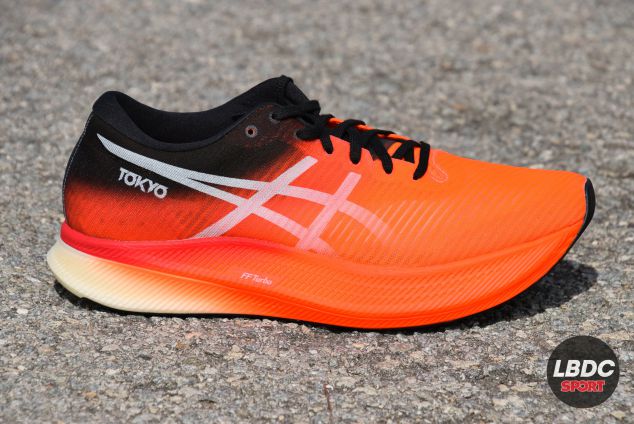 We analyze the characteristics of ASICS Metaspeed Sky a running shoe that is very focused on competition and the achievement of big brands. One of its main virtues is that, when it comes to exploiting its full potential, the running style of whoever uses it is taken into account.

And although we are now going to explain the new Metaspeed Sky, we cannot do it without first mentioning its “sister” Metaspeed Edge because both arrive complementing each other. All due to the fact that, as we saw in the Sky and Edge presentation, ASICS has carried out exhaustive footprint studies on top-level athletes, from which it has drawn surprising conclusions …, and has put the batteries before anyone else. 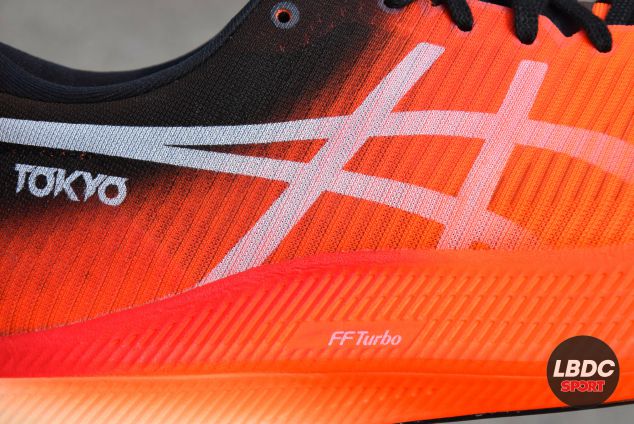 This study reveals that in high-level competition, most runners use mainly two styles of stride: what ASICS has called Stride (as they increase their pace, they do so by increasing their stride length) and Cadence (As they increase the pace, they increase the length of the strides, but not so much since, in parallel, they also increase the cadence, that is, the frequency of strides per minute). ASICS’s job has been to develop Metaspeed Sky for the “Stride-Style”And Metaspeed Edge for the“Cadence-Style”.

Okay, I’ve tried not to get lost in that kind of tongue twister, but… what does all this translate into? Well, in that Metaspeed Sky (according to measurements by ASICS in its Institute of Sports Science), is able to help to reduce the strides made in a marathon by approximately 1.2% (on the order of 350 steps), which is 3% less than with any previous competition shoe from the Japanese brand. And that…, that is something to keep in mind. And more appreciating how difficult it is to progress the higher the level … 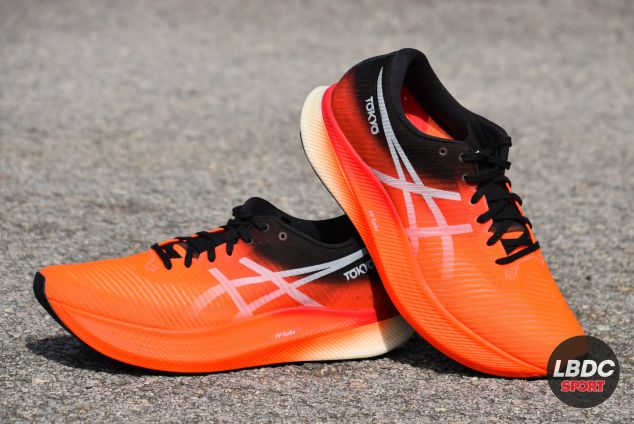 Another issue to be highlighted at the outset is that this ASICS Metaspeed Sky arrives with just 199gr in the male finish and 165gr in the female finish, something that no one would say due to its imposing appearance that makes this low weight even more surprising … The truth is that it is spin sooo fine. But that’s what technical footwear in general is all about, but especially in competition at the highest level. We see the most important details. 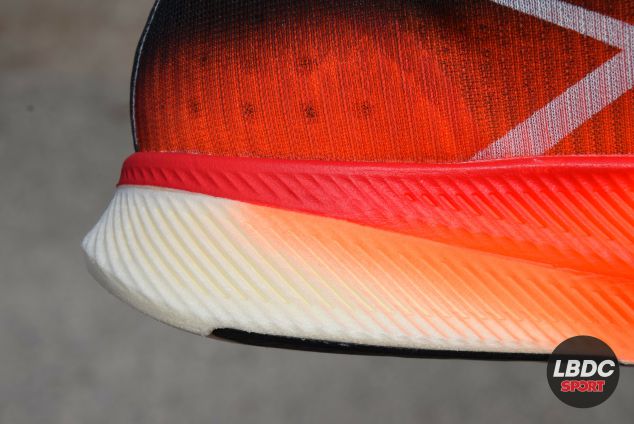 The ASICS Metaspeed Sky midsole is the soul of the shoe. For the design, for the materials … but above all for the concept. This shoe is focused on runners and runners high-level competitors and the shape of the midsole responds to two criteria:

The first is that of the joint curvature of the sole and midsole, to favor the race. This is through a curved design, but that blocks part of the movement of the ankle to save effort and not make unnecessary wear. 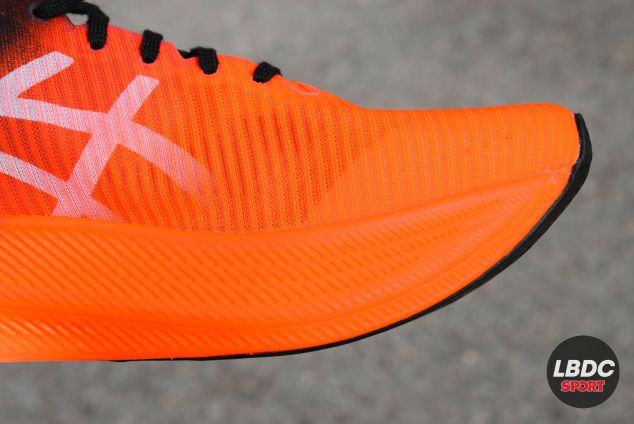 The second is that that curvature is somewhat more pronounced in Metaspeed Sky compared to the ASICS “standard”, to favor that fast style in which the stride lengthens as the pace increases. And this is a difference with respect to Metaspeed Edge and that is invisible to the eyes of ordinary mortals: the angle of curvature: in this Sky it is more accentuated than in Edge, where it is more softened. Giving it this sharper angle is one of the ways ASICS is going to favor that search for a longer stride.

To maximize performance, ASICS has introduced a full-length carbon fiber plate inside the midsole. This light plate has to help guide the foot during the tread, to stabilize it and, above all, to boost each and every one of the strides.

But one element is missing, as or more important than the rest: the material where the damping is based and where that carbon fiber plate is embedded. This is FlyteFoam Blast Turbo, a compound that, to everything you can expect from a cushioned material, adds a response that is higher than usual.

FlyteFoam Blast Turbo has as one of its characteristics that it generates a high compression of the material due to the fall with all its weight of the runner or runner and generates a return to its position after compression. In addition, FlyteFoam uses organic fibers to interconnect this material in such a way that it also makes it quite durable in use. 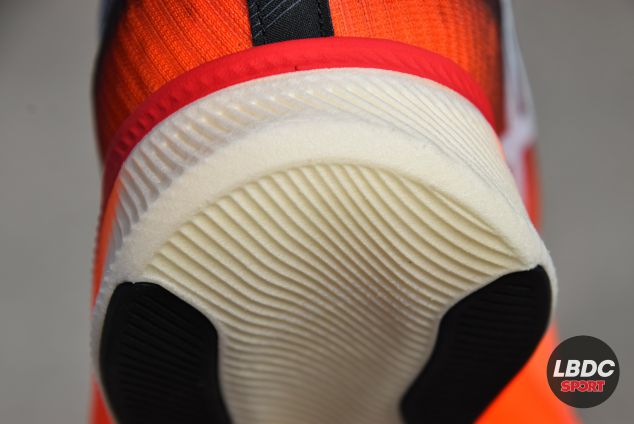 A midsole virguería that spends a generous height (different between men and women), seeking maximum adaptability according to sex. Thus, the height of the heel in their case is 33mm, while that of the forefoot is 28mm. In theirs it is 31mm and 26mm respectively. Therefore, what is the same for men and women is the drop, which is 5mm. 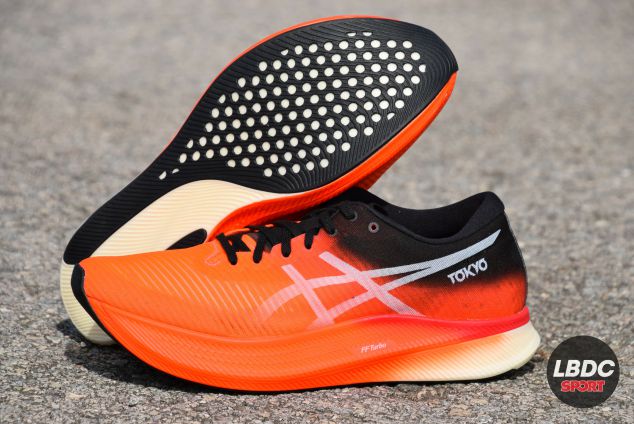 The ASICS Metaspeed Sky sole must be explained from the point of view of the curvature that it described in the midsole. Logically, the effort of curving the shoe would be of no use if the sole were not to match later. Therefore, the sole is curved working as a team with the midsole, in order to reduce the flexion of the ankle and thus also allow the user to save on energy and run with less effort. 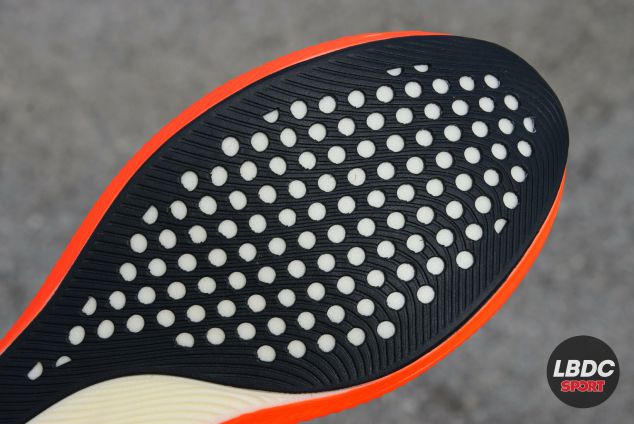 Forms apart, a material called ASICSGRIP ™ is used, typical of the Japanese brand and consisting of a solid and resistant rubber, but at the same time light. Therefore, this ASICSGRIP is in charge of providing grip and durability. The mention of it being light is that solid rubber is normally the heaviest material in a shoe, hence the effort by ASICS to make it as light as possible. 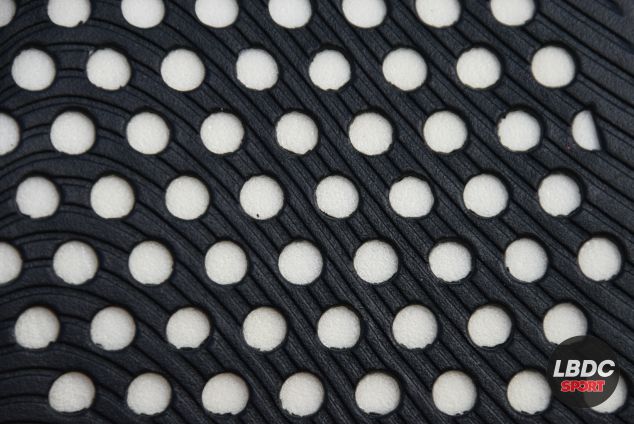 Of course, the thickness of the rubber is minimum 2-3mm and it only clearly covers the front part, that is, the area that is just under the metatarsals and the toe. This is the part with maximum traction and the design is specific to perform at its best on a hard surface such as asphalt. 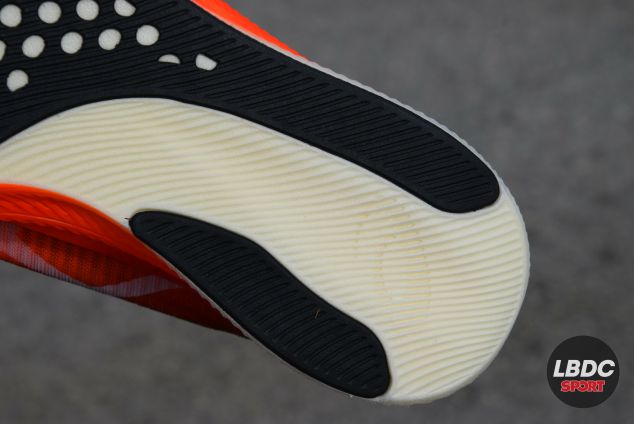 In the heel we also find some of that rubber, but it is more testimonial (in fact, what the heel-heel is, there is nothing of this solid rubber). It is only located on both sides, taking into account that, although in a residual way there may be those who tend to heel, the bulk of the profile of runners that this shoe is aimed at will be people who run metatarsal.

That said, in this part the midsole is fully visible and even has piping so that it has a certain grip, if this part of the shoe comes into contact with the ground. 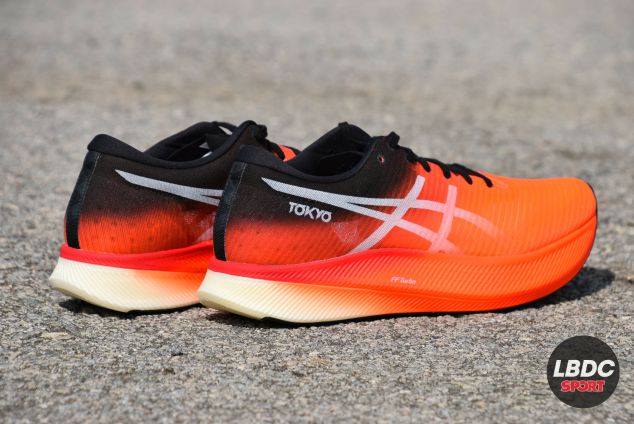 The ASICS Metaspeed Sky upper has very smooth lines. In addition, the mesh is so fine that, looking at the shoe from the toe, it is not only easy to distinguish the inner reinforcement of the toes, but even the holes that ASICS has provided: six on the outer surface of the toes and four on the interior, with the utility of helping to ventilate by collecting the air that enters the shoe from front to back. 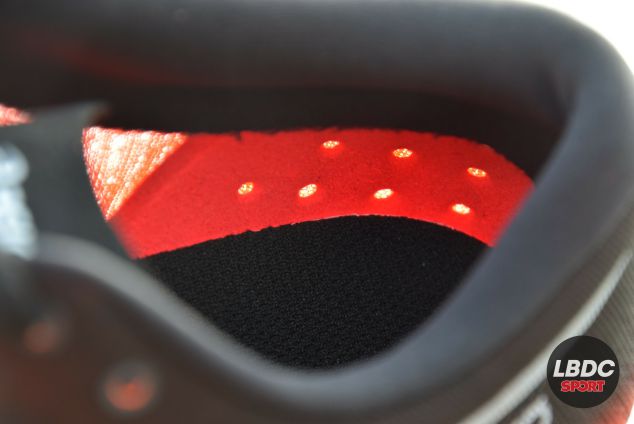 The mesh used is extremely fine. So much so that it is possible to see through it. Even the heel counter, which is unstructured to reduce weight, has ventilation holes. This is not common in any other running shoe more than in some (only some) competition.

Inside we find a very thin and perforated tongue in its most reinforced area so that it breathes well. But what is most striking is that the cup, which is very comfortable, only covers the highest part, barely 2.5 cm and the entire Achilles heel, while the lower part of everything around the ankle is like mesh. rest of the shoe: single layer, extremely thin and breathable. 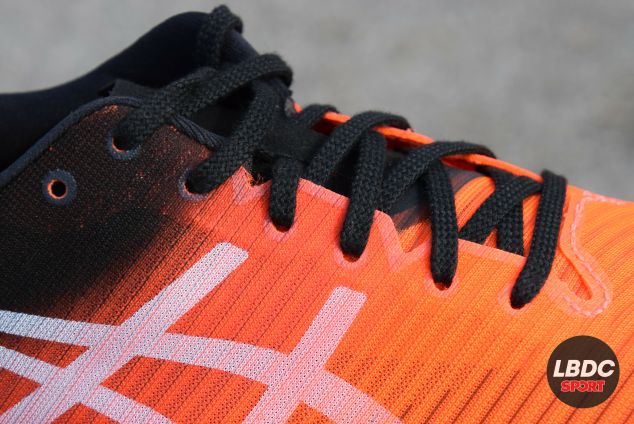 The laces are flat and are passed through up to six eyelets leaving a seventh free to further adjust the tightness. ASICS could have subtracted a few eyelets, so keeping that amount is good data for those who have trouble with fit as it allows more play than less.

Keep an eye on the data! The insole is not removable. It is glued to the insole that separates the upper from the midsole and whoever, despite everything, wants to remove it, will have to tear it off. This today only happens in very extreme competition shoes, since it makes it difficult to introduce personalized insoles and encourages that, on race day, it is used without modifying the parameters in which it has been conceived and manufactured by a millimeter. 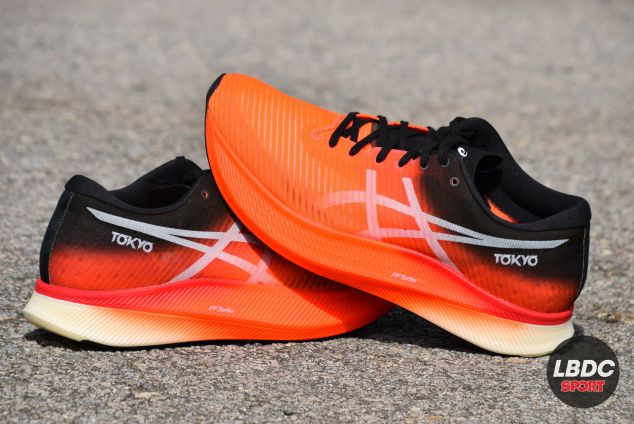 ASICS Metaspeed Sky is a competition shoe at the highest level that takes into account the style of its user to get the most out of it. It is optimized for those who, by increasing the pace in competition, do so by increasing the length of the stride. This is in contrast to the Metaspeed Edge model which is optimized for those who increase not so much the length of the stride but also the frequency of steps per minute.

To achieve this performance, Metaspeed Sky uses a midsole with a curvature that favors performance, but also energy savings. The grace to achieve the difference with Edge is the angle of curvature, which is greater than that. The material it incorporates is FlyteFoam Blast Turbo. It is cushioned and reactive and, in addition, it houses a carbon fiber plate inside that will increase its performance in the race.

The drop is 5mm, although the thickness of the midsole is different according to gender: 33mm high in the heel and 28mm in the forefoot, in the case of men and 31mm and 26mm respectively in that of women. The sole is well matched in shape, using lightweight rubber for grip and traction, while the top uses a spectacularly fine and lightweight mesh that ensures breathability.

The weight, as expected even despite the total volume, is very low: only 199g in the men’s finish and 165g in the women’s one. The official price of ASICS Metaspeed Sky is € 250.