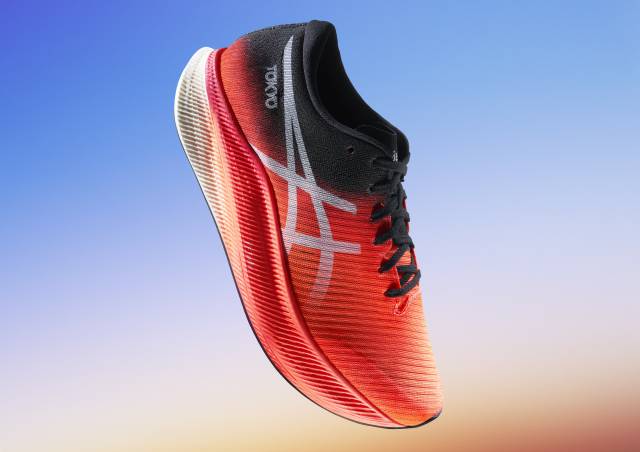 ASICS Metaspeed Sky is now available, the “penultimate” weapon to break records and perform great races for the Japanese brand. And if I say “penultimate” it is because when I take this shoe with my hands and surprise us with the new twist of the Kobe, it turns out that … it does not arrive alone.

The thing is that a few months ago we were talking about the brown beast that is ASICS Metaracer, which was born celebrating the (for the moment) “uninaugurables” still Tokyo Olympics … And while the nefarious COVID has denied Metaracer the races where it can demonstrate its potential, now comes and goes this Metaspeed Sky. … That I have not clarified the “penultimate”? Blame ASICS, which accumulates my work, because while we squeeze this Metaspeed Sky to test it, it is already sticking its ears out on the Horizon another competition shoe like Metaspeed Edge. 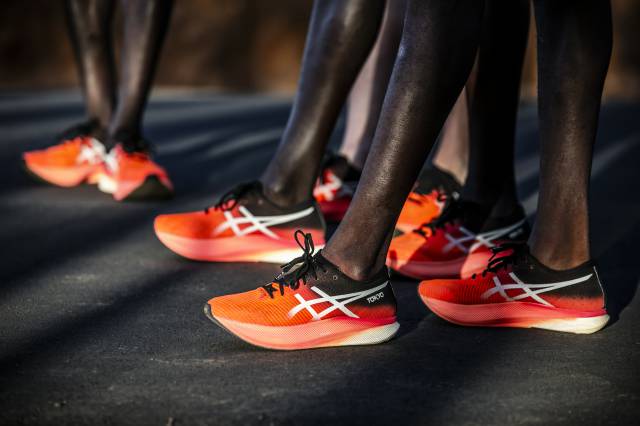 ASICS Metaspeed Sky and ASICS Metaspeed Edge have pretty much the same look. They arrive practically together (Edge will be in stores in June, while Sky is already available) and they do not do it by chance, since they have come the long way of production hand in hand.

The fault lies in the study carried out by the Japanese brand, mainly on elite athletes, and which has found that in the world of competition two profiles can be distinguished, of runners, clearly differentiated. He has called these two profiles Stride-Style and Cadence-Style. 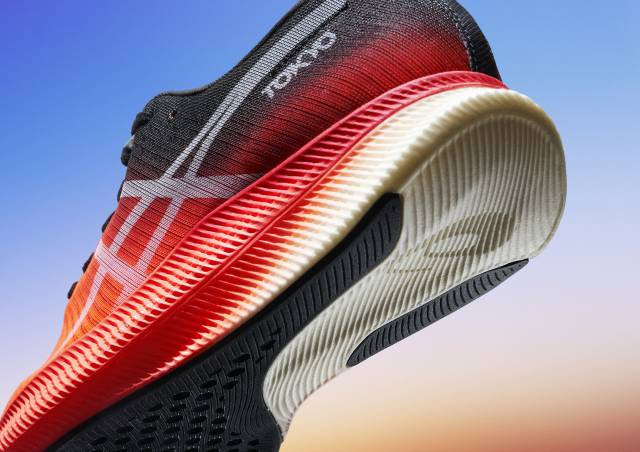 In comparison of both styles, it can be said that two runners who go together, exactly at the same pace, one could be taking long strides but maintaining the cadence (Stride-Style), while the other could be taking also long strides, but less, and in return, bring a higher frequency or running cadence (Cadence-Style).

Whoever is thinking that the ASICS Institute of Sports Sciences in Kobe, Japan (ISS in its acronym, in English), has been the starting point for ASICS to work on two models that go further and optimize performance based of the athletes’ running style, of the two running styles, well, they will be right. In fact, ISS scientists have found that if athletes wear shoes that are better adapted to their style in competition (Stride or Cadence), they improve their performance. 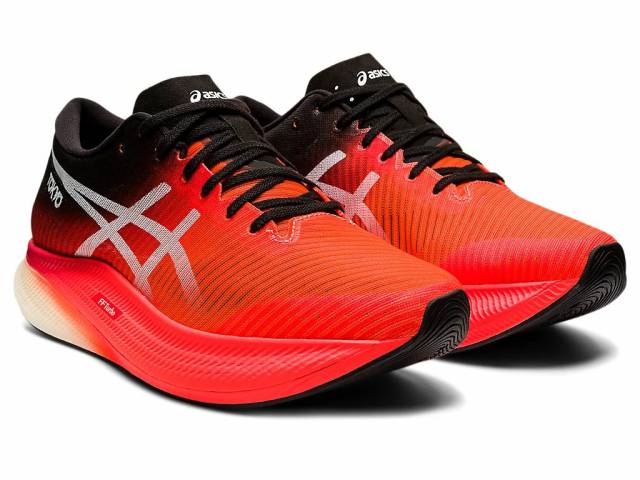 In the end, they are two Premium models, very focused on the competition, and designed to help you run faster. We already have Metaspeed Sky and it is only a matter of pressing it to explain all the details and sensations of this spectacular shoe. The same will happen with Metaspeed Edge, although for this we will still have to wait a few weeks. In any case, we are going to summarize here the main characteristics that define them and with which ASICS intends to have a great year 2021, in which the Olympics finally! they visit your home. 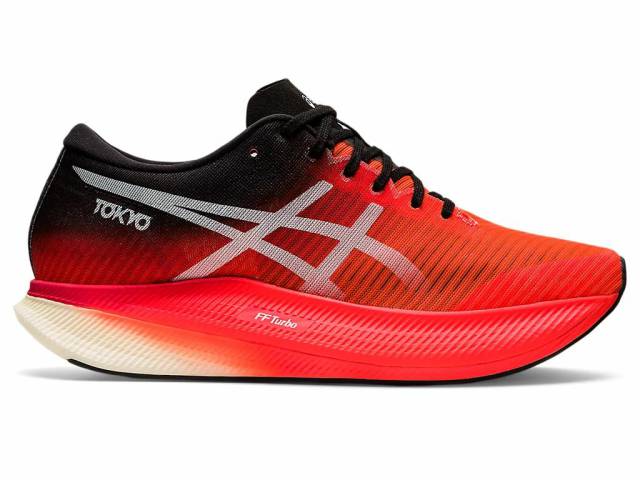 Only 199gr in the men’s finish and 165gr in the women’s one. So, first, to make it clear that this shoe is designed to fly. ASICS Metaspeed Sky is the ideal model for those who tend to have important rhythms in the race and who mainly lengthen their stride as they increase their pace.

The 5mm thick midsole is characterized by several important things working together: a cushioned material with an exceptional response such as FF Blast Turbo; an inserted carbon fiber plate inside that helps to guide the foot during the tread and, above all, to boost each of the strides; and finally, and very importantly, a design with a curvature of the sole and midsole that helps to save effort in the race.

The sole, apart from the curved design, uses ASICSGRIP ™, a type of very light solid rubber that provides grip and durability.

The upper, or upper cut, uses an extraordinarily fine and light mesh. It is so breathable that it incorporates holes even in the heel, a traditionally fortified area, but optimized here for the benefit of performance.

The data analyzed by the Japanese brand reveals that this shoe, on average, can help reduce the final number of strides by 1.2% performed to complete a marathon (compared to previous ASICS racing models). Also that it can improve the effort made by reducing it by 3% (the latter according to tests carried out by the University of Tsukuba, in Japan).

The official price of ASICS Metaspeed Sky is € 250. 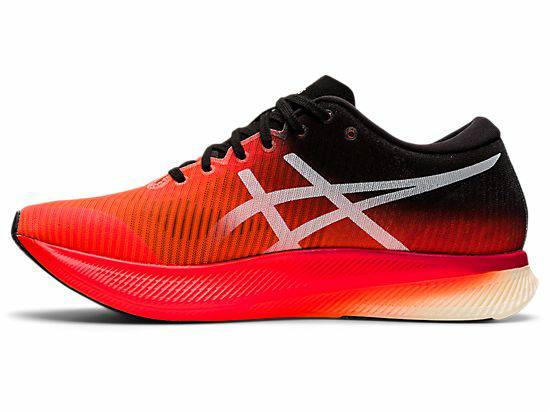 If your sister Sky is light, ASICS Metaspeed Edge surpasses it: Only 188gr for the male finish and 160gr for the female. It is also intended for flying, although the nuance here comes from the fact that it is optimized for runners who not only increase the length of their strides, but also the frequency with which they do it. That is to say: the cadence.

The midsole here changes. It also uses the FF Blast Turbo compound, but with less volume (less thickness) but biggest drop: 8mm. Otherwise it also uses a carbon fiber plate inside and also has a curved design to improve running economy.

The same for the sole: ASICSGRIP as a lightweight compound that gives it great grip and durability. At the top, a very fine mesh manages the air flows to keep the foot ventilated, all with 100% recycled polyester (as in Metaspeed Sky).

And in the case of this shoe, the analyzed data gives ASICS results that indicate that Metaspeed Edge helps reduce the number of strides in completing a marathon by up to 2.6%, compared to other ASICS competition shoes.