It was a full-fledged recital. He started with the second worst personal best of the entire starting grid. He faced proven athletes of the stature of Kimeli, Gressier, Kibet, Hendrix, Ingebrigtsen and company. But it is that Mohamed Katir came out brave after the hare and did not leave the head of the race until the end. He paired up with Kenyan Kimeli (with an accredited personal best of 12:51) and swept him in a brutal final meters, stopping the clock at 13.08.52, lowering his best time by almost 42 seconds. One of the proper names of a Gateshead Meeting with top-class stars, held in cold and rainy weather, in conditions not suitable for making big marks.

The Muleño athlete already has in his pocket the minimums of 1,500 and 5,000. One of the curious notes was the footwear that Mohamed wore. Sponsored by Asics, the athletic expert @gabyandersen He noticed a model of the Japanese brand that Katir wore without nails. It is a concept of ‘shoe’ that they already use for their speed models (see the presentation made by the Japanese sprinter Kiryu.

The Japanese Twitter account @ rolows_13, famous for her analysis of sneakers (she has 14 thousand followers) highlighted in a photograph the image of Katir and the prototype she wore and related it to the one she recently used to lower her personal mark from the ‘milqui’ of 3.36.59 to 3.33.62. 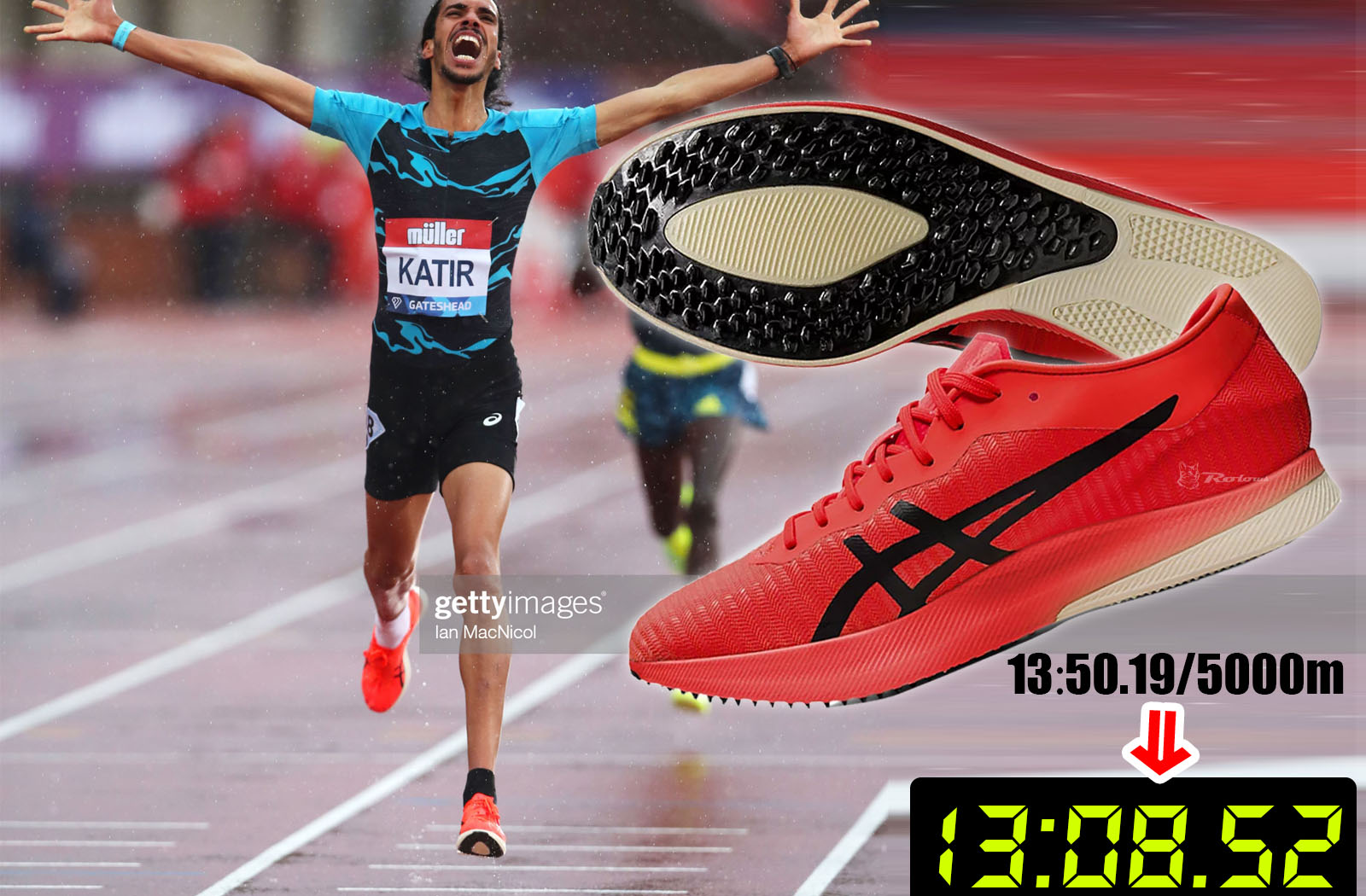 Obviously we do not know the details of this Asics prototype without nails, much less affirm that the tremendous improvement of the Spanish athlete comes from there. He is very fit and has been warning for weeks (Even months, since we must not forget the mark he achieved on the indoor track in 3,000 in Karlsruhe, third best Spanish brand ever with 7.35.29). We will not see him this next weekend in the European Championship of national teams as he is not summoned by the federation. We’ll see what he decides for Tokyo, but he’s really strong.

The Asics shoes that Katir wore use the same concept as Asics has in speed (without traditional spikes but with multi-studs).
Photo @ Rolows_13 https://t.co/NXL1axZS8l pic.twitter.com/b9wUY8iZGN