New 'fuss' about the age of an athlete. In this case it is the Kenyan Edward Zakayo Pingua, officially 17 years old and defending the colors of Portuguese Benfica. If a few months ago everyone cried out to the sky to see two Ethiopian athletes compete in the Under-20 World Championship in Aarhus (Denmark) with a much higher physical appearance, this time it is again an African runner who is in the pillory

Obliged to present the birth certificate

As recorded on Thursday the Portuguese newspaper 'Record', the first reaction of the club was to lament the speculations that had been poured on his athlete, but seeing that they were still, the Portuguese club decided to deliver the birth certificate and also the young man's passport, following a request made by the SIC's polygraph program. 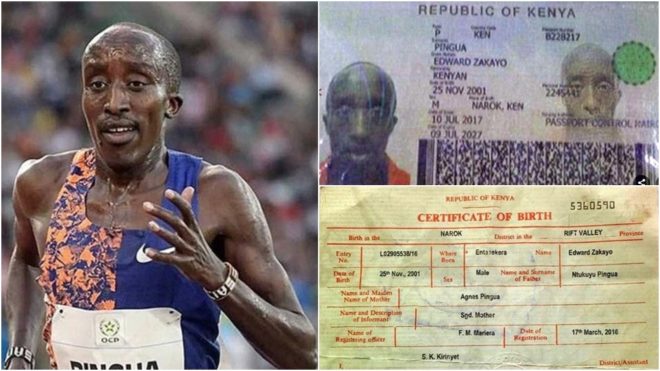 The documents show that his date of birth is November 25, 2001 (he will reach the age of majority in a few months), the same one that appears on the athlete's registration in the IAAF. The Kenyan has been news, beyond appearing to be much older than the papers say, having proclaimed himself winner in the 5,000 meters of the Diamond League meeting in Rabat. His best record is 13:03:19 in Rome on June 6.