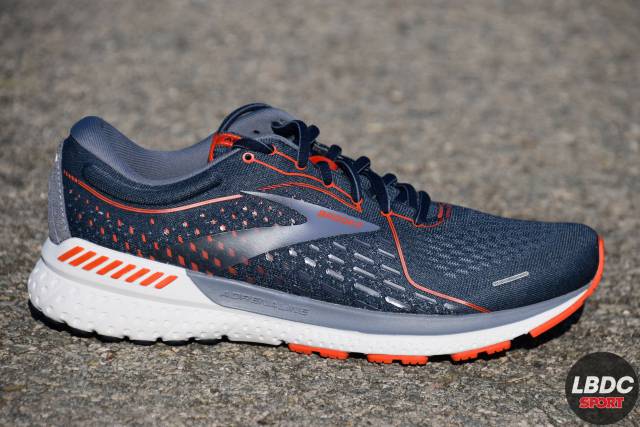 We already have the analysis of Brooks Adrenaline GTS 21, one of the longest-lasting running shoes, for training in general and with control of the tread in particular, longest on the market. It is aimed at runners who have a footprint with excess pronation or who, in any case, need extra stability.

Until now Adrenaline GTS was the alternative to Glycerin, an excellent training model, with great cushioning, but focused on those who have a tread. The fact is that now Glycerin also comes with a finish for overpronating tread. We are talking about the new Glycerin GTS, although, for now, the Adrenaline GTS saga is undeterred … If it has been one of the favorites of the running community in its segment for two decades … What could concern you? 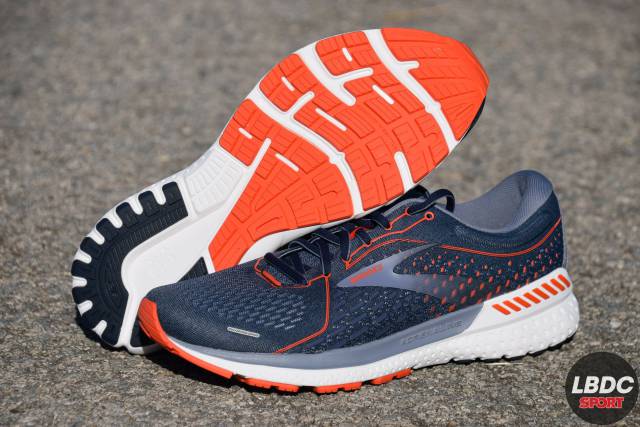 Because the characteristics of Adrenaline GTS 21 say that it continues to be a model that brings together the best for damping and stability of the American brand and without overdoing the weight, since it is only 296gr in the men’s finish and 258gr in the men’s. woman. Now it uses DNA LOFT, the technology that gives it that soft cushioning that characterizes it, complemented by GuideRails, which gives it that control of the tread that you do not notice, but there it is.

In any case, a mile-eater in a smooth and stable way. Let’s go with the details. 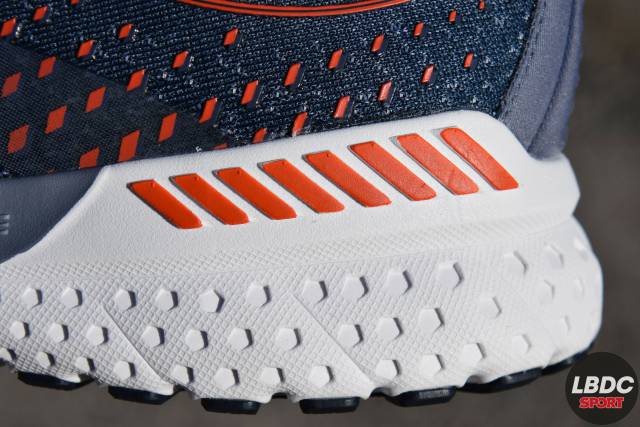 The Brooks Adrenaline GTS 21 midsole is based on two pillars: the material with which it is constructed and Brooks’s own stability system.

The first, the material, is DNA LOFT. The name is composed because it refers to two concepts: one is Brooks’s own DNA material, while LOFT is one of the various finishes made by the American brand.

DNA is a polymer with non-Newtonian properties capable of providing more damping or response as a function of rhythm (slower: more damped, faster: firmer). This allows a marvel and is that the material adapts dynamically to the type of gait of the runner or runner (conditioned in each case by the weight, technique and rhythm of each one). 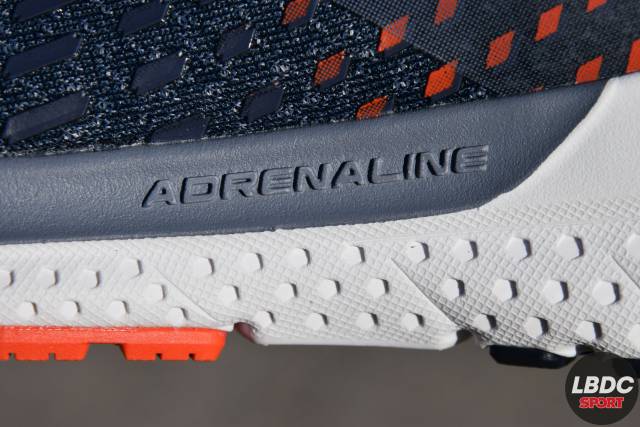 LOFT is the indication of a variation in the “formula”. What Brooks does is achieve an evolution of the DNA itself that I have explained in the previous paragraph since LOFT is actually the addition of air in the production process to achieve a much smoother damping.

And although at all times it talks about softness, it does not mean that the material is not agile since Brooks assures, according to internal studies, that it achieves up to 43% more reactivity than a standard compound. Speaking of numbers: the drop (the difference in height between the heel and the midsole) does not change and remains at 12mm. 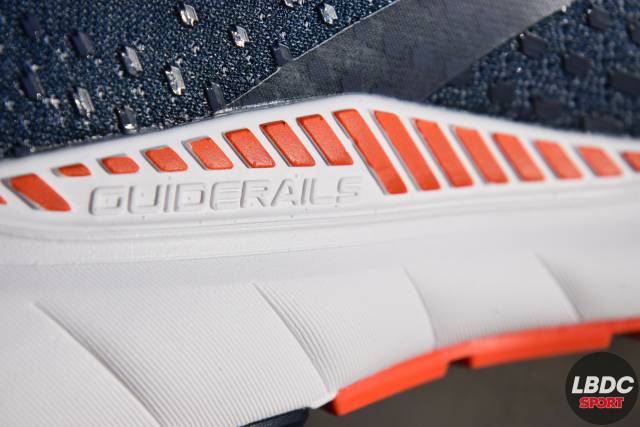 GuideRails is Brooks’ system to stabilize the tread. It is very focused on aligning the ankle / knee axis to allow the movement to be carried out comfortably, but controlling at all times, to prevent excessive ankle rotation. It is easy to see because from the outside you can see the midsole how it grows upwards, more or less at the height of the malleoli, this being more pronounced on the inside.

The Crash Pad, (or rather: Segmented Crash Pad, as Brooks calls it) the part of the shoe prepared to withstand the first impact when the foot hits the ground, when running, is not so marked this time. Yes, you can see the pre-molded area from the heel, but forward it is diluted in the midsole itself. Brooks plays with holes to make the material more porous and therefore more likely to deform to absorb the impact pressure of each stride. 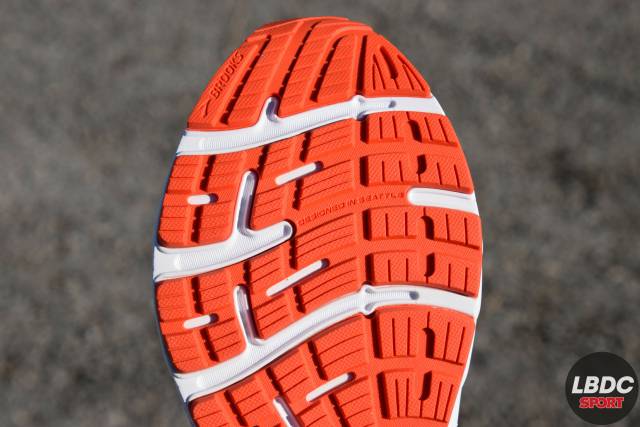 The Brooks Adrenaline GTS 21 sole changes compared to the previous delivery … but little. At the design level it is very similar. At least the big blocks stay … The number of studs stays … The size of the studs stays … So … What’s new? Well, the finish, the profiling of each block, just the part that is in contact with the ground.

The fact that the changes are few, a priori may seem negative, but usually indicates the opposite: that the sole works and what occurs are nuances polishing something that seems to work for the people who use them. 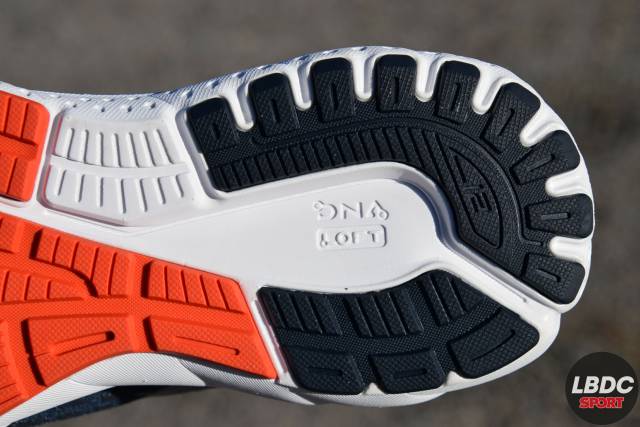 Continuing with the design, a horseshoe-shaped heel is still used that will facilitate entry to any type of footprint. And that said, in the front we see a wide base of support to distribute the pressure of the tread and also obtain a better grip.

At the level of material there are two types: a hard and resistant one in the entire heel area (in black in the photos). This is because this is one of the areas that suffers the most in a sole. The other is a rubber to which air is added to make it softer. 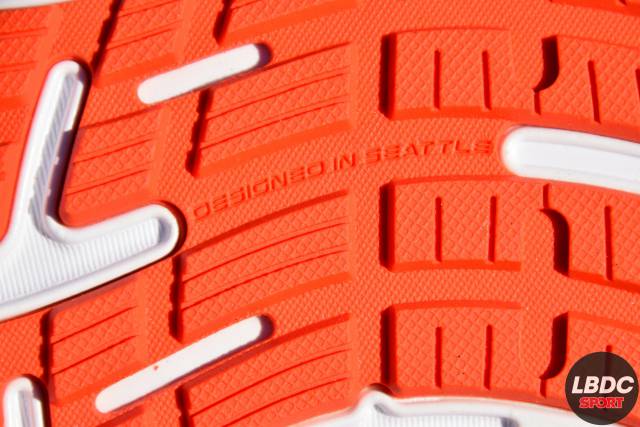 And just like in Formula 1: the softer it is, the more adherent, especially on smooth and hard surfaces such as asphalt. The toll on gaining grip is that it is less strong in comparison than the heel material. But hey, each one is in one place or another because it is a different job to do.

The characteristic longitudinal line that helps guide the footprint in all its phases, from the heel to the toe, is also appreciated. In the area under the metatarsals, this line is crossed by several transverse stripes that seek to help the shoe flex better. 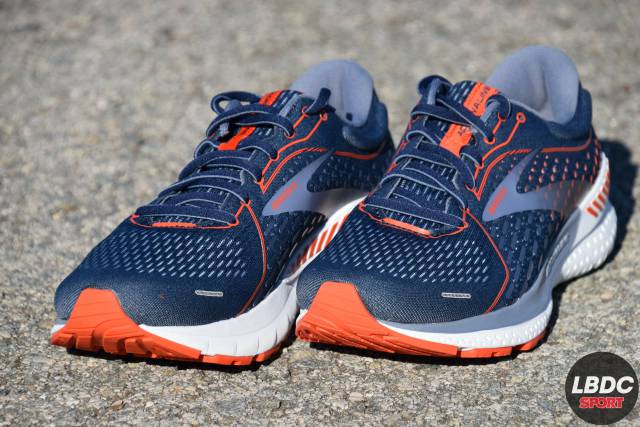 In the Brooks Adrenaline GTS 21 upper, what stands out the most are the 3D Fit Print type reinforcements, very similar to those we already saw in Glycerin 19. These are PU (polyurethane) material inserts to which Brooks It gives a concrete shape so that they integrate into the mesh, holding the foot, but allowing the maximum possible breathability.

The mesh has larger holes than in the previous Adrenaline delivery, especially in the toe area, while it is denser in the middle area, where it coincides with the 3D Fit Print inserts.

In this area, the midfoot, the importance given to support is greater than breathability. The foot not only has to be supported when it flies, but especially when it hits, when it swings from back to front and, finally, until it comes out through the toe… come on, in all phases of the tread. 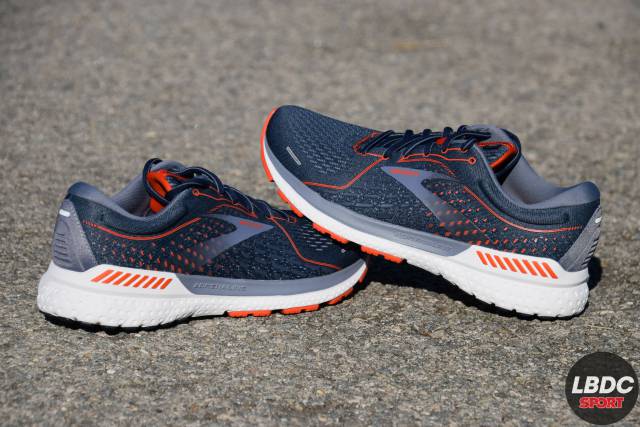 Brooks does it without fanfare. In fact, the inserts are barely visible from afar. It is from close up and, especially to the touch with your hands, that you feel them. The Brooks logo is another resource, since that thermo-adhered strip will also collaborate in the fastening (Brooks, like many brands, uses its logo so that it not only “looks”, but also works.

The laces this time are not round, but rather semi-round since they are a bit squashed, enough to say that they are not. They are passed through a tongue that becomes soft and integrated on the inside with the body of the shoe, in the non-visible area.

This gives way to the interior, where the cup is generously padded, to hug the ankle with forceful support, but also soft to the touch. Underneath, the foot rests on a 5mm thick insole that, in turn, rests on a 2mm footbed of spongy material that is already in contact with the DNA LOFT of the midsole. In short: the foot rests on several layers of cushioning material that will provide maximum comfort. 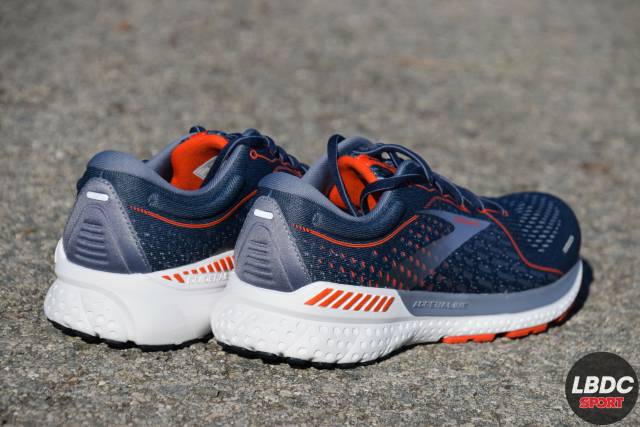 The heel has a buttress that wraps around the ankle to stabilize it when it hits the ground. Although it is there, it is not seen from the side, and where it is clearly seen is from just behind the shoe, thanks to the material that covers it, it is appreciated that it is right in this area. Precisely the heel is finished off with the sole reflective strip of the shoe (the strips on the sides of the toes are not reflective, they seem to be, but they are not).

Brooks Adrenaline GTS21 is a daily training shoe cwith stability control that will go very well for shoot-based sessions or in any activity where it is important to accumulate time or kilometers. And given its characteristics, it is especially indicated if the shoe is a priority that is comfortable and with soft cushioning.

Those who have problems with pronation can use it thanks to GuideRails, Brooks’s own technology that seeks to affect the ankle / knee / hip axis to obtain a comfortable footprint while still controlling any excess pronation.

Brooks achieves a sneaker with these characteristics without exceeding the psychological limit of 300gr, since it weighs 296gr in the male finish and 258gr in the female one. Although on the other hand, that of runners and runners, there is no limit on weight since it is especially suitable for those who have a medium, high, or even very high weight.

Without a doubt, it becomes an option for any type of training, but especially if you have in mind preparing for a half marathon or a marathon and that the path is as comfortable as possible.