January 30, 2020, Amsterdam. City of canals among other things and headquarters of Brooks Europe, which invited us to its "Brooks Innovation Camp". A unique event that brought together several of the most unique characters in this brand, as its CEO Jim Weber or Nikhil Jain, capo of the Blue Line team within Brooks and one of the biggest responsible behind sneakers such as the Brooks Adrenaline GTS-18/19, Ghost-11 or the Hyperion Elite, which are one of the main reasons for this shed.

Brooks Hyperion Elite These are the experimental shoes that Desiree Linden wore when she won the Boston Marathon in 2018, and they finally go out to droppers for some lucky ones. The podium in this presentation of material was completed by Brooks Hyperion Tempo and the Brooks Catamount. Then I tell you all about them.

Brooks, all for running

This has not been a mere presentation of the product (which also) but a declaration of principles and the desire to verify against the media that Brooks will continue betting exclusively on running as he has been doing since 2011. The numbers guarantee them, and the care of their business system guarantees them; The Blue Line and its constant relationship with real-world brokers have a lot to do with this.

Why do Brooks shoes work? A generalist premise is that when someone is dedicated exclusively to something, they are more likely to stand out in that area. But without complying with this we will delve into the Brooks business model and how they do things.

In a natural way the staff of Brooks workers has been formed based on runners, which greatly facilitates the understanding of the business and creates passionate workers. So, the broker is at the center of all the action whether development, innovation, design, etc. and no step is taken without involving the real needs and opinions of the brokers.

A very descriptive phrase in Jim Weber's mouth was: "running should not be a digital experience, but a human experience." For Brooks, running feeds happiness and optimism (Run happy is his motto) and his philosophy revolves around all this.

The Blue Line is a small team within the huge group that makes up the Brooks innovation program. There is obsession with the broker; He spends a lot of time with them trying to understand what their real needs are. If the research team generates technology for the medium or long term, The Blue Line team tries to implement certain technologies as soon as possible in the market for the end user.

It focuses on two concepts: ideas and innovation. These ideas can come from anywhere, even outside the company; professional athletes, normal and current athletes… In short, the concepts obtained from this small and effective team will be born impregnated with running, by and for runners.

Obviously all the #brooksinnovationcamp revolves around the new product, and that's what I'm finally going to. The trio of aces comes from the Blue Line team: the two Hyperion and the Catamount. But first of all it is worth highlighting the evolutions in the implemented technologies, because we had DNA and BIOMOGO, but now they arrive DNA Zero and DNA Flash.

His competition shoe for marathon with carbon plate. Brooks climbs into the carbon car and enters fully into this technological war. It is not something that is taken out of the sleeve now since in 2018 there was a very functional prototype as well as Desirée Linden demonstrated in Boston. He crossed the finish line first while wearing the first Hyperion Elite that, camouflaged under a layer of black paint, showed his shame on the sole due to wear.

The fundamental differences with the competition is that they take care of stability more, with a wider heel and metatarsal, assuming the challenge of not increasing weight. An unquestionable reality is that in the final part of long distance tests fatigue takes hold of us and deteriorates both technique and tread. At that time the stability of a shoe can be critical, and from that point of view this feature of Hyperion can be key. Both models aim to reduce the physical load and the probability of suffering injuries, in addition to keeping energy expenditure under control.

Soon you can see a complete analysis, but while I leave the fundamental characteristics and sensations after a short test.

While the development of the Hyperion Elite was almost closed, Brooks twists the DNA of his midsole and creates the DNA Flash. From this material, to meet the needs of regular runners, and to offer a non-carbon competition alternative, the Hyperion Tempo is born. In short review complete, but here is the breakthrough:

We had the opportunity to listen to the 4-time Ironman world champion Chrissie Wellington, that as Laudrup withdrew on the crest of the wave to savor the honeys of success. Now she is a great fan of trail running, which she understands as a very authentic and pure discipline that fits perfectly with Brooks's profile.

To fill that gap comes the Brooks Catamount, a trail shoe that will sing on the shelf because it is the only white one in the place. The idea is that it absorbs the color of the terrain through which your steps take you, leaving certain parts such as the logo permanently white. The data:

The new line of specific clothing for running is based on functionality and safety. It turns out that looking at numbers, the vast majority of people run daily when the sun has not risen or has already set. In case you hadn't noticed darkness is our great companion of workouts.

Based on this, Brooks has generated a whole line of clothing with reflectors strategically placed so that, for example, a car can interpret us as runners and not like anything else in motion. 3M Scotchlite Carbon Black Strecht reflectors is the technology in this new Carbonite line. 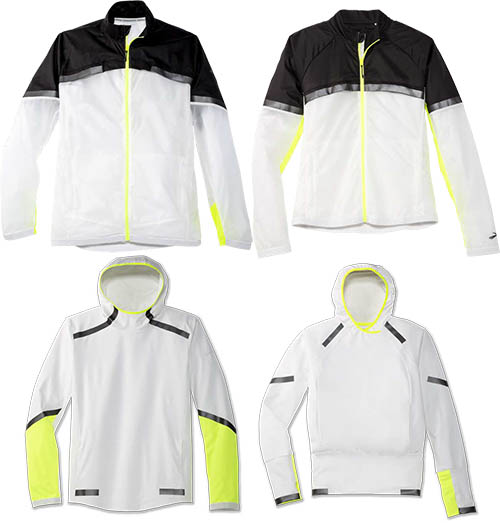 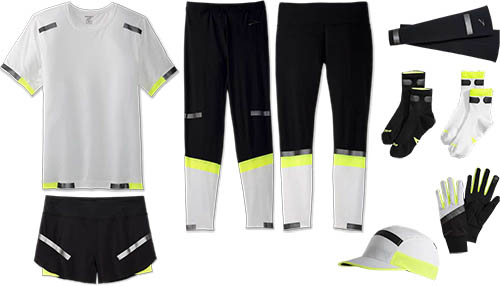 The rest of the artillery

Already in the small print of the event we see the renovations of three very interesting models, whose greatest novelty is the AMP DNA of the midsole, which has been lightened in a negligible 20%.

Premium energy return. 20% lighter. Improved transition from heel to forefoot with more rebound. 261 and 292 grams for women and men respectively, with an 8 mm drop. Starting price of € 170 in June.

Stability with support and rebound. AMP DNA and GuideRails clamping technology, for greater stability. Fit Knit in the lighter, soft and breathable upper. 269 ​​and 306 grams for women and men respectively, with an 8 mm drop. They leave for € 180 in June.

More lightness and less drop, flying concept. BioMoGo DNA and DNA AMP technology for greater rebound and lightness. 238 and 275 grams for women and men respectively, with a 6 mm drop. In June you will have them for € 140.