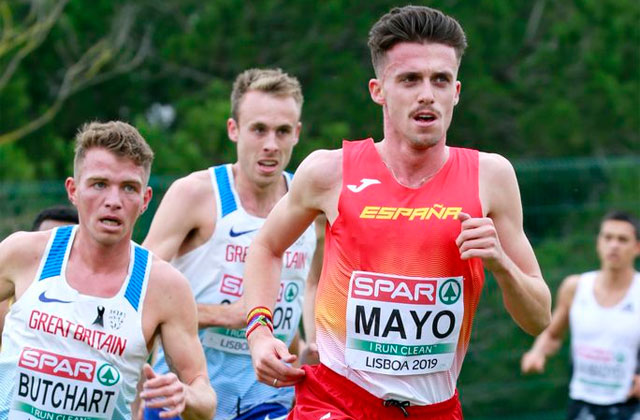 Today something special was chewed. Even being a designated day in the national and international calendar, we ignored the scope, despite the warnings that one of the great protagonists of today had been giving. The University of Birmingham Athletics Park in Birmingham, where the 10,000 European Cup was played tonight, has witnessed the feat.

Carlos Mayo seemed ready for anything, fired smoke signals on his social networks. Time was running out to find that long-awaited place at the Tokyo Olympics.

But today in Birminghan of the Aragonese, who came after being third in the 5,000m of the European Championship of Nations in Chorzow and willing to exceed his personal limit of 28: 48.41 that he made in his previous participation in 2017 in Minsk, although not It has been a surprise – according to his last performances in the 5,000 meters – it has been an exhibition that will remain engraved by the times of time in the memory of Spanish athletics.

It had been 21 years that a Spaniard had not run the 10,000 meter test so fast, 27:25:00 leaving behind today such illustrious names as Mo Farah (27:50). Thus, he puts the long-awaited Olympic minimum (27:28) in his pocket and achieves the third best Spanish record of all time, there it is.

Third position for May behind Frenchman Morhad Amdouni (27:23) and Belgian Bashir Abdi (27:24) in a race that we believe will mark a before and after in his professional career. Courage and a huge dose of conviction (Mareca Boys’ house brand) that have put us in front of that athleticism that raises passions.

In a race with 41 participants at the start, a Mo Farah hanging down at the km7 of the group of Belgian Abdi and Mayo who were following Amdouni’s footsteps with determination, Mayo ended up fighting for the gold until the last meters. Sensational.

In the women’s category, Maitane Melero’s 10th place should be noted with a sensational 32:41 in a race dominated by the British, with a victory for Eilish Mccolgan with 31:19.