News : Chondromalacia patellae and the most common runner injuries 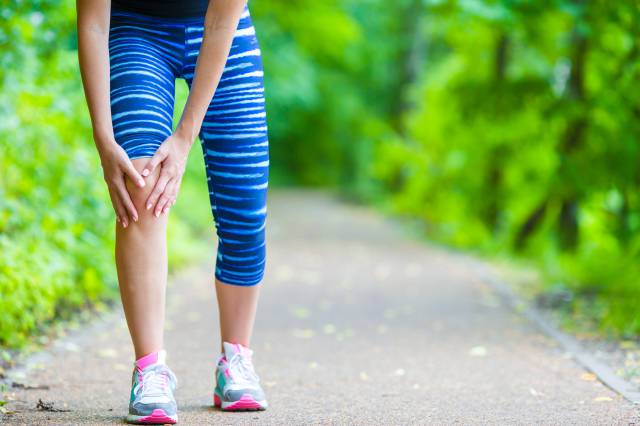 Given the growth in the number of runners in recent years, the interest of health workers and scientists who are dedicated to the world of sports and health has also increased. This has resulted in an exponential increase in the epidemiological data that we have today and that helps us to glimpse how often a runner is injured, what type of ailment we are talking about and what are the main risk factors.

As these data indicate, chondromalacia patellae, also called chondropathy patellae, It is one of the most common injuries of the runner, although there are others that currently have a high degree of incidence and that we will see in depth below.

The degree of incidence of injuries in the world of running

Before going fully into the most common injuries in the field of running, we must identify the degree of incidence they currently have. Different studies show that, for every 1000km traveled, a runner has an average of one injury. This is what they indicate the results obtained in the study carried out by Videbaek in 2015, which concluded that, for every 1000h of practice, up to 8 injuries are reported, in experienced runners.

On the other hand, if we talk about the case of inexperienced runners, injuries increase notably to 18 injuries in the same time range. Delving deeper into these ailments, as collected by Lopes in 2012, it is known that the cause of 80% of these injuries is due to overuse, while the remaining 20% ​​is due to acute causes.

“When we talk about overuse, we are talking about injuries generated by repetitive microtrauma that, if applied in isolation, would seldom be problematic. The problem is that when applied continuously, they can lead to an injury of greater importance ”, says Miguel Ángel Martínez Nogales, founder physiotherapist of FisioPremià and collaborator of Fisiofocus, school specialized in physiotherapy courses.

If there is a particularly sensitive part of the runner’s physical scheme, it is the knee, and this is demonstrated by the number of injuries that focus on that area. And it is estimated that more than 40% of the injuries of runners affect this delicate area.

If we go into the list of the most common injuries in the world of running, it is observed that the ailment that has the most incidence is the chondromalacia patellar syndrome or patellofemoral pain. This injury, also commonly known as a runner’s knee, has a higher incidence in women between the ages of 15 and 30. The symptomatology is summarized in a diffuse pain that affects the individual with repetitive or sustained flexion of the joint for a long time.

The second lesion in the “ranking” behind chondromalacia patella is Achilles tendon tendinopathy. In the case of the athlete, this is usually associated in most cases with an incorrect adaptation of the load due to overexertion or a poor technique when running. This is a widespread injury among professional runners, runners, and athletes.

And finally, in the third position we would find a tie between plantar fasciitis, iliotibial band syndrome and tibial periostitis.

The first one involves inflammation of the sole of the foot due to impact with the ground. As for the iliotibial band syndrome, this is characterized by stabbing pains on the outside of the knee when performing physical exercise. This ailment is usually caused by a poor physical state, by the use of inappropriate footwear or by fatigue caused by overtraining.

Tibial periostitis, on the other hand, causes localized pain in the area of ​​the shins and is caused by the sum of various factors such as the impact against the ground, the technique used by the runner and the posture used in the race.

Regarding the most common risk factors, research points to various fronts related to some bad practices and customs, as well as insufficient physical preparation.

Thus, the main ones include being overweight, which has a higher incidence than we might think at first. The abrupt change in pace and the sudden increase in kilometers traveled are also very relevant factors, which is accompanied by an overexertion that our joints are not used to.

The weakness of the hip abductor muscles, especially the gluteus medius, also plays a fundamental role in certain types of injury, as well as the heel attack that, according to Miguel Ángel, this “would considerably increase the impact received by the lower limb when hitting the ground, especially if we compare it with the type of tread when we do it with the middle or forefoot ”.

Finally, it should be noted that, according to current scientific evidence, it seems that the type of foot, whether pronated, neutral or supinated, is not a determining factor in causing an injury.