News : Chris Froome’s spectacular Pinarello in the Vuelta a España 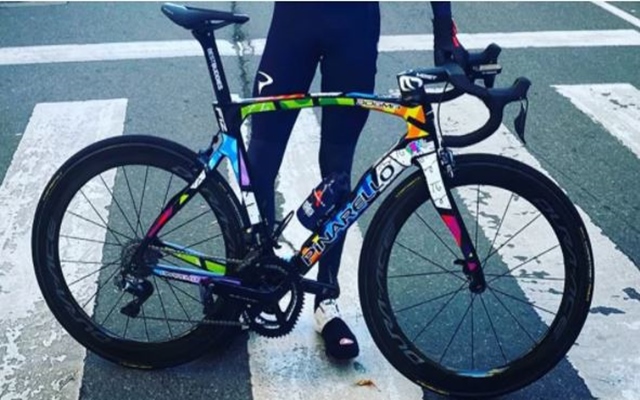 Despite his discreet sports results, Chris Froome is still one of the great attractions of this Tour of Spain 2020.

The British is still one of the most media cyclists in the peloton and although for the 2021 season he has already made his signing for the Israel Start Up Nation official, Ineos continues to squeeze the commercial pull that his great leader for the great tours has.

Proof of this is the Spectacular bike that Chris Froome rode on the rest day.

The bicycle has behind it a reason for solidarity. The model that has hints of blue, purple, green, yellow and orange will be auctioned with the intention of raise funds for Best Buddies. A non-profit organization that promotes the social inclusion of people with intellectual and developmental disabilities.