News : Covid 19 takes its first loss for the Giro d’Italia 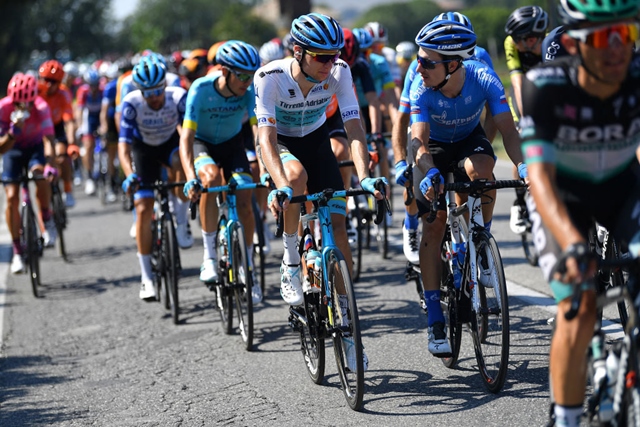 Next Saturday, October 3, the 2020 Giro d’Italia will start in Palermo. A totally atypical edition in which the new dates, the weather uncertainty and the constant stalking of Covid 19 take on special prominence.

With less than 72 hours until the second big round of the season begins, the coronavirus has already made an appearance.

The Astana team, one of the most powerful for the “pink corsa”, recently announced its final selection of 8 riders who will compete in the Italian round. In the list they appreciate the names of Jakob Fuglsang or Miguel Ángel López but that of Alex Aramburu did not appear surprisingly.

The Spaniard, who with his seventh place in the Milan Sanremo and other positions of honor in prestigious races, was being one of the pleasant surprises of the season was thus left without the possibility of contesting his first Giro d’Italia.

The one from Ezkio Itxaso knew on Saturday morning his positive for Covid 19. A positive found in the test on the 24th, just after leaving the team’s concentration.

Aramburu had to confine himself until Tuesday, thus slowing down his final preparation for the Italian race.

This Tuesday the cyclist from Astana knew that he had tested negative on Monday (day 28) but by then it was too late.

The organization of Italy spin It forced him to accredit a second negative test. The room for maneuver was practically nil and the forced break of the last week was not the most appropriate to face a three-week race.

For this reason and in mutual agreement with the team’s sports management they made the decision to give up the race.

Aramburu will now prepare to face his third Back to Spain. The 25-year-old cyclist will have a new opportunity there to raise his arms for the first time on a grand tour.