· Kibiwott Kandie steals the wallet from Kamworor, runner-up in the world of cross, in the last straight after an organizational failure

· Sheila Chelangat prevails in the women's category after a solo career

No one had opened the tape. And nobody indicated to Kamworor, leader of the test, that he should go straight to the finish line. It was the last lap; The bell had rung. The current half marathon world record holder was just 300 meters away to win with authority the highest national cross country championship (if we forget Ethiopia). With his foot changed, Kamworor faced himself with the tape when he wanted to pass the lane to his right to enter the finish line. He succeeded, but, visibly stunned in his effort, he continued to the other tape that delimited that lane, also to his right, as if he wanted to leave the circuit, disoriented. The audience shouted at him and helped to redirect him.

Amid the bewilderment and the troubled river, Kibiwott Kandie appeared. The Kenyan Armed Forces rider launched like a rocket down the straight to catch his Kenyan cross country champion title. Behind him, Kamworor looked back to position himself, recomposed himself and made a gesture of resignation as from whom his wallet was stolen as unfairly as stupid.

Kandie, the winner, interviewed by LBDC, experienced it in another way:

Could you tell us what happened on the finish line with Kamworor?

In the last 300 meters it was one of those finals in which you are supposed to have the strength to finish strong. That is the spirit of the competition. I was very prepared to win today.

I had the energy to beat Kamworor in the end because I had energy for it.

So he had no problem in the last meters.

While Kibiwott Kandie celebrated victory in his arms, the audience in corridors commented on the play quietly and wondered whose fault it was. Others like Philip Kibitok, a world-class eight-centista in the 1990s, thought that "perhaps Kibiwott has not seen what happened to Kamworor."

Maybe there could not be a better anecdote to summarize these organizational championships sui generis.

At ten in the morning, while having breakfast after going for a run, I opened twitter. To my surprise, it turns out that the men's under-18 test already had a winner, said Kenya Athletics. According to the competition program provided by Kenya Athletics, the federation and organizer of the event, the start of the event was scheduled for 10:40. I had had it the day before and after having insisted for three days. Another tweet below said that the under-18 girls were preparing to take the exit, which, according to the program, competed before their peers in the same category. Anyway, I thought. I hurried to take a taxi and wish that the usual works and traffic of Nairobi would allow me to arrive as soon as possible to the Jockey Club, a racecourse with a golf course in the center, the scene of the competition.

I had no luck and a couple of streets cut from this city in constant boiling, delayed my arrival. Anyway, I believed that at least I would arrive to see part of the U-20 tests, and that, of course, I would not miss the two tests of absolute category, scheduled for 1:00 pm and 2:00 pm, respectively. To my surprise, upon entering, the public address informed me that those women who were running were already the senior category. Two hours before the scheduled time? Yes. 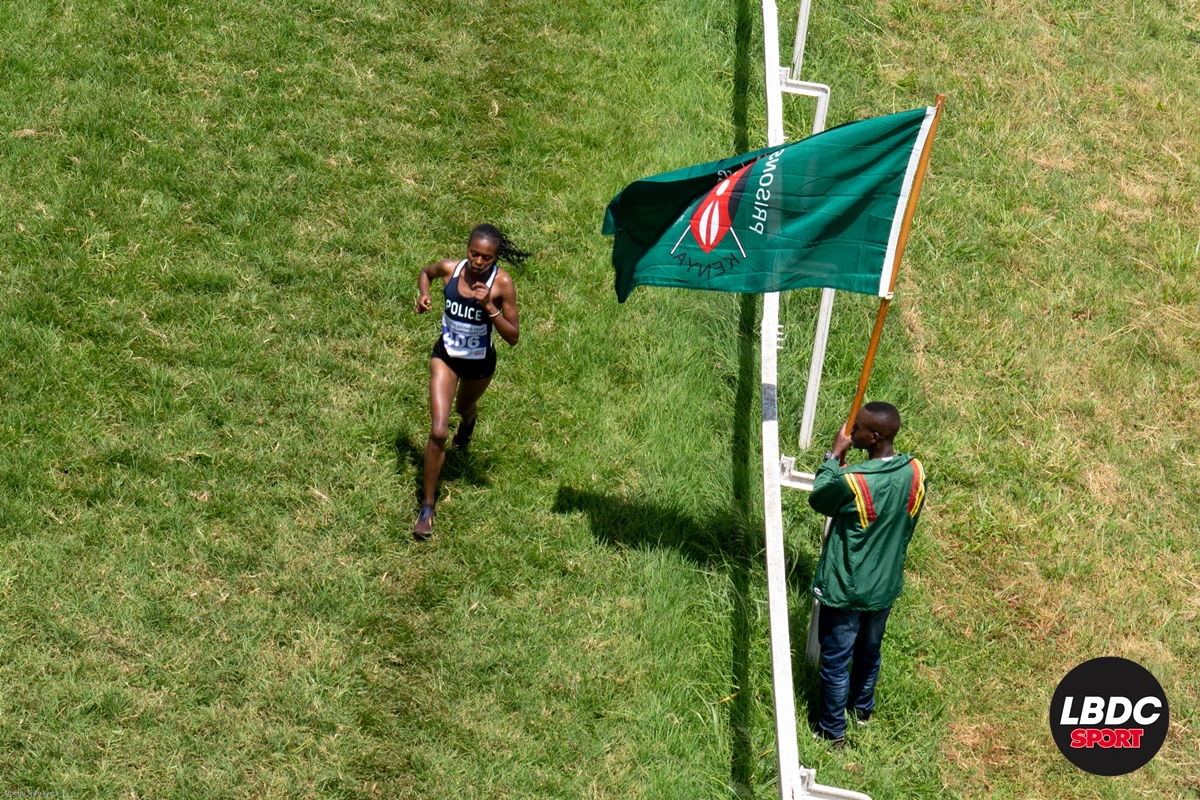 The military band enlivened with ‘Despacito’, and I immediately checked the lively atmosphere and the color of the flags for favorite teams like the Police, the Kenyan Armed Forces or the Prison Service team. I wrote to my contact in Kenya Athletics to inform him that he had arrived. “Yes, please let me know when you arrive because my partner wants to talk to you. I think you can't make video, ”he had told me the day before by phone. The two stripes of my whatsapp message still don't know blue.

I laughed to myself and prepared to enjoy the excitement and color of one of the best field trials across the world... without trying to explain to me the deep mysteries of Kenyan athletic faith.