The daughter of two former elite athletes Antonio Serrano and Natalia Azpiazu, Ainhoa ​​Serrano portrays her experience as a combined athlete in these days of confinement in Vienna, where she has 125 kilos of weights in the garage space of her boyfriend's apartment.

This is a story that shows what young people are like.

She is Ainhoa ​​Serrano, the daughter of two elite athletes: Antonio Serrano and Natalia Azpiazu. She, who is 20 years old, has inherited the physical complexion of the mother and works to be "a good athlete of combined": dreams give a lot of work.

Ainhoa ​​knew Vienna and fell in love with Vienna on an interrail trip, before turning 18. But if he did not find a coach, he would not have come here to do the Erasmus or had gone somewhere else, perhaps to Rome.

-I put 'athletics in Vienna' on Google and it came out that there was an important team in the city. Later, I searched on Instagram if there was a combined trainer and I got a joy: there was.

Then she wrote that man a direct message:

-I didn't know him at all, but I dared to explain who I was, who was at 4,020 points in decathlon and I asked him: ‘Could I train with you?’

And Herwig Grunsteidl, who is the coach's name, replied "yes, delighted."

Since then, more than six months have passed that have flown by. Six months that today they live in a garage, in the garage of her boyfriend's apartment that Ainhoa ​​knew as soon as he arrived in Vienna and, like her, is a combined athlete.

In that garage, the two have improvised a gym with a bench, a bar, cones, rubber and 125 kilos in weights They explain what is happening in the world: Vienna is also in the house, classes are also suspended and gyms are also closed. The day the measure was announced Ainhoa ​​and her boyfriend looked for a tailored solution. They found it in the 40 square meters that correspond to them in the garage.

-The garage: we have the garage to train -they said to each other.

-Nothing, the neighbors say nothing. When they come down and see us, they look strange, like we're crazy, but they don't say anything.

In real life it happens like in the movies: dreams also face obstacles. "You can't always train where you want to."

But then there is something more important than logic: imagination.

This is demonstrated by this story in which Ainhoa ​​challenges the future. "I think I have no reason to try," he explains. “I've been training for a year and a half and I'm already at 4,100 points. Who does not say to me that if I persevere? Until a year and a half ago I had never touched a weight. It had a thousand and one technical failures that I correct every day that passes. In a single year I improved more than 1,000 points. I have no right to think that this is impossible. "

Ainhoa ​​is also that girl who is not pressured by her parents' brilliant past in athletics. "People say to me, 'You have to have genetics,' but saying it is not worth anything: what you have to do is prove it and I'm going to try it. In fact, now these days we go down tomorrow and afternoon to train in the garage, why ?, because I have that motivation ”.

"I was an athlete who started late," she explains today. “My mother preferred that we not do athletics. But when I was twelve years old, my father pointed me to some School Games in which I won without difficulty and in which I realized that I had ease. I went to my parents and I said, ‘Please, please sign me up for athletics.”

At 20 years old, there is nothing more natural than enthusiasm. "I don't know how far I can go, but you imagine?"

At 20 years old, Ainhoa ​​wants to show solidarity with her dreams. “Just because I'm trying to be an athlete doesn't mean I neglect anything. I am not going to do it. In fact, I am studying nutrition and when I finish I want to do physical therapy because I want to dedicate my life to sports and the more educated I am, the easier it will be, I imagine. ” 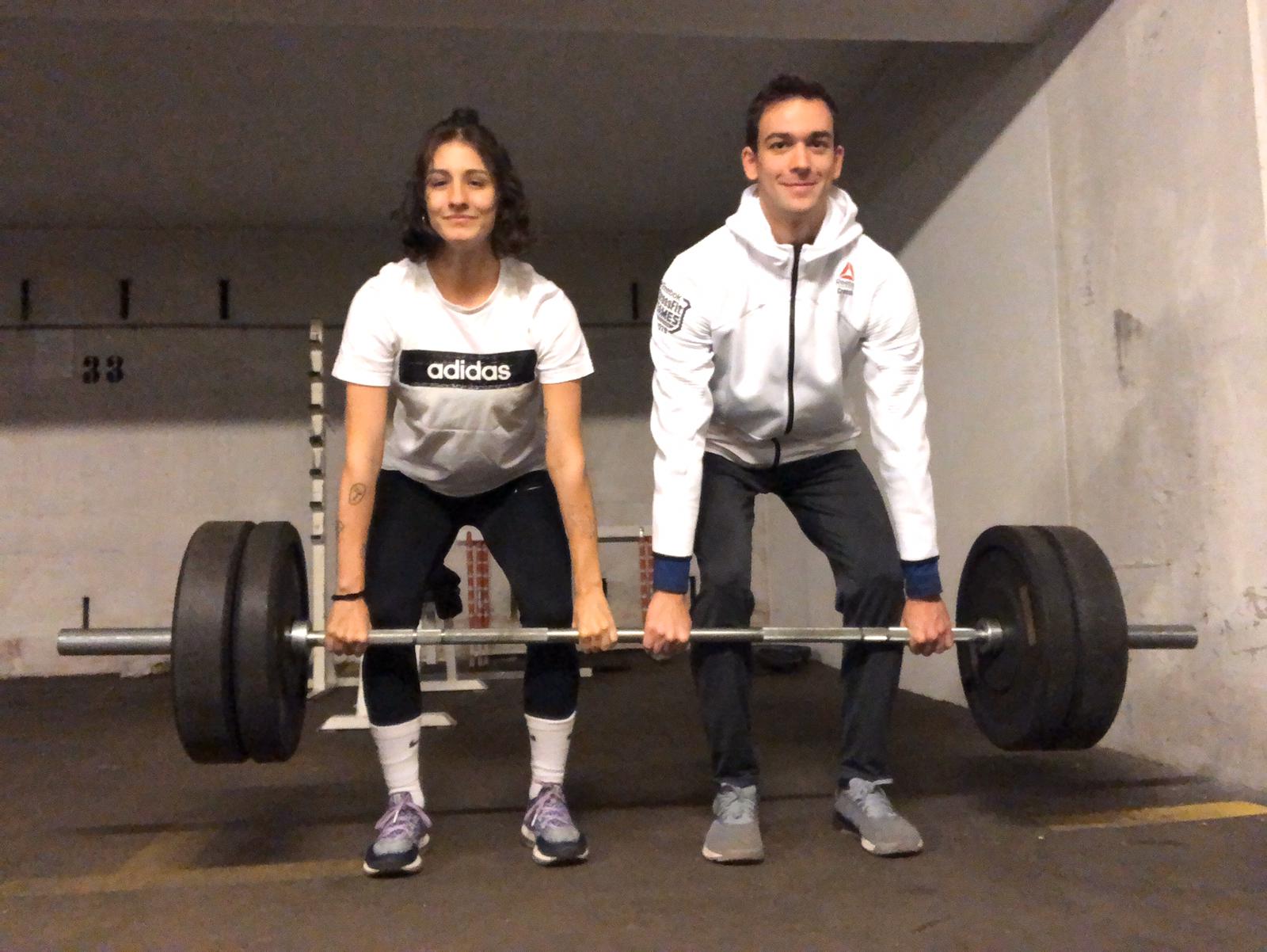 Ainhoa ​​had a coach in Madrid, Rubén Pedroche, who made things clear to him.

-You have to go patiently, Ainhoa.

Perhaps that is why today she sets an example for patience and remembers that patience is compatible with success, because in the ancestors of success forever is the patience.

She herself is an example:

- I arrived at the championship of Spain sub-23 of indoor track I made personal mark in all the tests.

His biography is about to be built, but good raw material already appears in a young woman who arrived in Vienna with uncertainty. “They told me that Austrians could be very sharp, very unfriendly. But I can't say that. My experience has not been like this. Three days after being here, a girl from the team invited me to go out with her friends and, since then, the only bad thing that has happened to me here is being to live through the coronavirus crisis ”.

"But if I were in Spain it would be the same," he replies. “Even stricter from what my sister and parents tell me. What is more, I think that here in Vienna it is going differently. The other day we went out to make a change of pace, because here you can still go running and there were quite a few people walking down the street. Missed me".

Ainhoa ​​lives in the center of Vienna, next to the Amusement park, where she does not know if she will be the rest of her life. "Who knows? Those things are not known. The future will tell. When I finish nutrition, I will have to decide where I study physiotherapy: whether in Madrid or Vienna or elsewhere. But I really don't know. Now I do not know. Yes i can say that here the public university is free, It seems to me that € 20 is paid per semester and if I compare it with the 1,600 that it cost me in Madrid…, and if there is a difference, yes, but I don't know, we'll see ”.

In the end, life is what we said before: patience.

Life is also a state of mind as she explained to her father when he got foxes the day Ainhoa ​​appeared at home with his first tattoo: his sister's date of birth.

Today, Ainhoa ​​already has 18 tattoos, drawing them is another one of his specialties as he has already challenged his father, who was the first Spanish athlete to lose 2 hours 10 minutes in the marathon.

-You will see how someday I will do it to you, weather to the weather.

Her mother Natalia Azpiazu was also a medium-distance runner with capital letters who became international. But on this trip it seems to me that it is unnecessary to look for comparisons.

This is contested by Ainhoa ​​who, as now happens on the street, respects the safety distance with the future. Perhaps the best and only way to go through life in which uncertainty is necessary.