News : Evenepoel warns: “I am skin and bones. I have lost 5 kilos ” 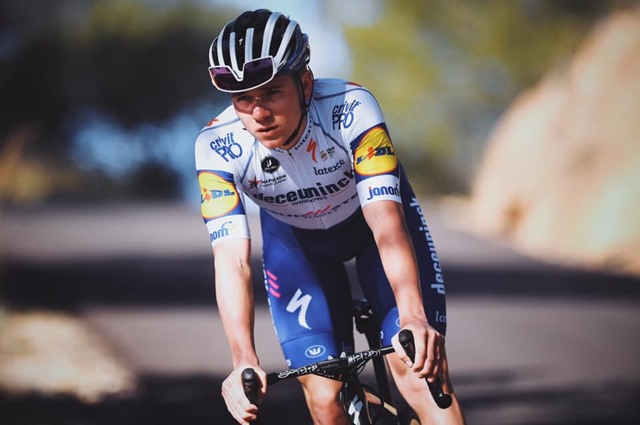 A chilling crash in the past Giro de Lombardia deprived us of seeing the debut in a great lap of Remco Evenepoel.

The great sensation of world cycling With barely 20 years old, he has already proven to be more than a candidate for any triumph, is these days in Calpe preparing what will be his third season as a professional cyclist.

The Deceuninck – Quick Step cyclist has chosen, like many other central European cyclists, the warm Spanish coast. An ideal climatic and geographic environment to start building the base for a new competitive course.

The Belgian took advantage of his day off to give an interesting virtual interview to the Belgian newspaper HLN.

In this interview and transmitting a great sense of maturity Evenepoel acknowledged having gone through difficult times in his recovery process.

He also acknowledged having channeled the frustration of the accident into a greater capacity for sports sacrifice.

Evenepoel said he was eager to start racing again and although his debut was scheduled for the Tour Down Under, it will probably not be until the Vuelta a la Comunidad Valenciana when the young cyclist will put on a number again.

“The Olympic games are also on my program, but I have special illusion to run my first big lap”. Remco has yet to reveal whether his debut will be at the Giro d’Italia, the Tour de France or the Vuelta a España.

The young cyclist also acknowledged having traveled 736 kilometers in his first 7 days of concentration. “My head is totally focused on the 2021 season”

One of the most interesting parts of the interview comes when Evenepoel admits having lost 5 kilos of weight compared to last year.

The Belgian who according to him would now be over 59 or 60 kilos literally claims that baby fat has been shed “The muscle mass I lost in the beginning is back, but the baby fat is completely gone”

Evenepoel acknowledges paying special attention to diet and that your upper body has radically changed. “When I look at myself I see that I am skin and bones”.

The Evenepoel 2021 calendar is not yet known but what seems clear is that the promising cyclist arrives hungry for victory.