A dependent of Primark, a policeman, a computer scientist and a freelancer relate what it means to be champion of Spain in the midst of silence. "You spend the same as if you were fifth."

One day in 2015, Daniel Hernando met the goal that had been set. The Mont Blanc Ultra finished "and I didn't know where to go." And then it occurred to him to go “to the athletic school of Fuenlabrada to be taught to run. And it was one of the best things I could do in my life. ” And then he was encouraged to run the 100km Spanish Championship in Santander. And, in his first time, he emerged champion of Spain, which had not given him time to think, with 7 hours 10 minutes "Running from kilometer 60 with the number in hand" after picking it up from the ground.

It is the first story I hear today, surrounded by four champions of Spain. Four anonymous types among which Javier Martín Santos, a dependent on the Primark de la Gran Vía, remembers when he was 12 years old. “At that age I read in the magazine‘ Spanish Athletics ’that there were 100-kilometer races.” For some strange reason, it was recorded forever. The difference is that today, at 32, he has fulfilled the memories. Javier is a 100-kilometer champion of Spain and cannot explain why.

And today, Javier is champion of Spain of 100 kilometers as is Ludisvildo Romero, 47 years old. A versatile man who was 3'55 ”in 1,500 or 2 hours 26 minutes in marathon and one day he faced a bet that seemed very visceral:“ Why can't you run 100 kilometers? ”And not just ran them, but it was going to last 12 years in the distance, from 32 to 44, when he understood that a cycle had been "closed" for him. “Your head may want, but your legs say‘ enough ’ and you have to pay attention to them. In the end, life are cycles that open and close and in the midst of all that you are to decide the moment. ”

Juan Antonio Ramos was also an exponent when he reached 100 kilometers. "I was bored of the marathon." Moreover, he had just completed that year 2014 four, "Seville, Madrid, San Sebastian and Chicago", and he realized that he was recovering very fast. And then he decided to sign up for 100 kilometers and it was the first time in his life that Spain's veteran champion came out. Who was going to tell him, he was already 45 years old. But every day we discover that life is a box of surprises. And this time I was going to discover that the 100 kilometers are not invulnerable and that, as I defended in his marathon years, "in the end, everything is in oneself."

So does Ludisvildo, who has hard work in his own warehouse of construction materials, but still has come to run "8,500 kilometers in the year 2008". He also archives in his biography weeks of “270 kilometers in which on Saturday I did a marathon and on Sunday I went out to train 60. I remember that during the week I woke up at five in the morning to train, that I had to do adventures and that I ate in a quarter of an hour. " 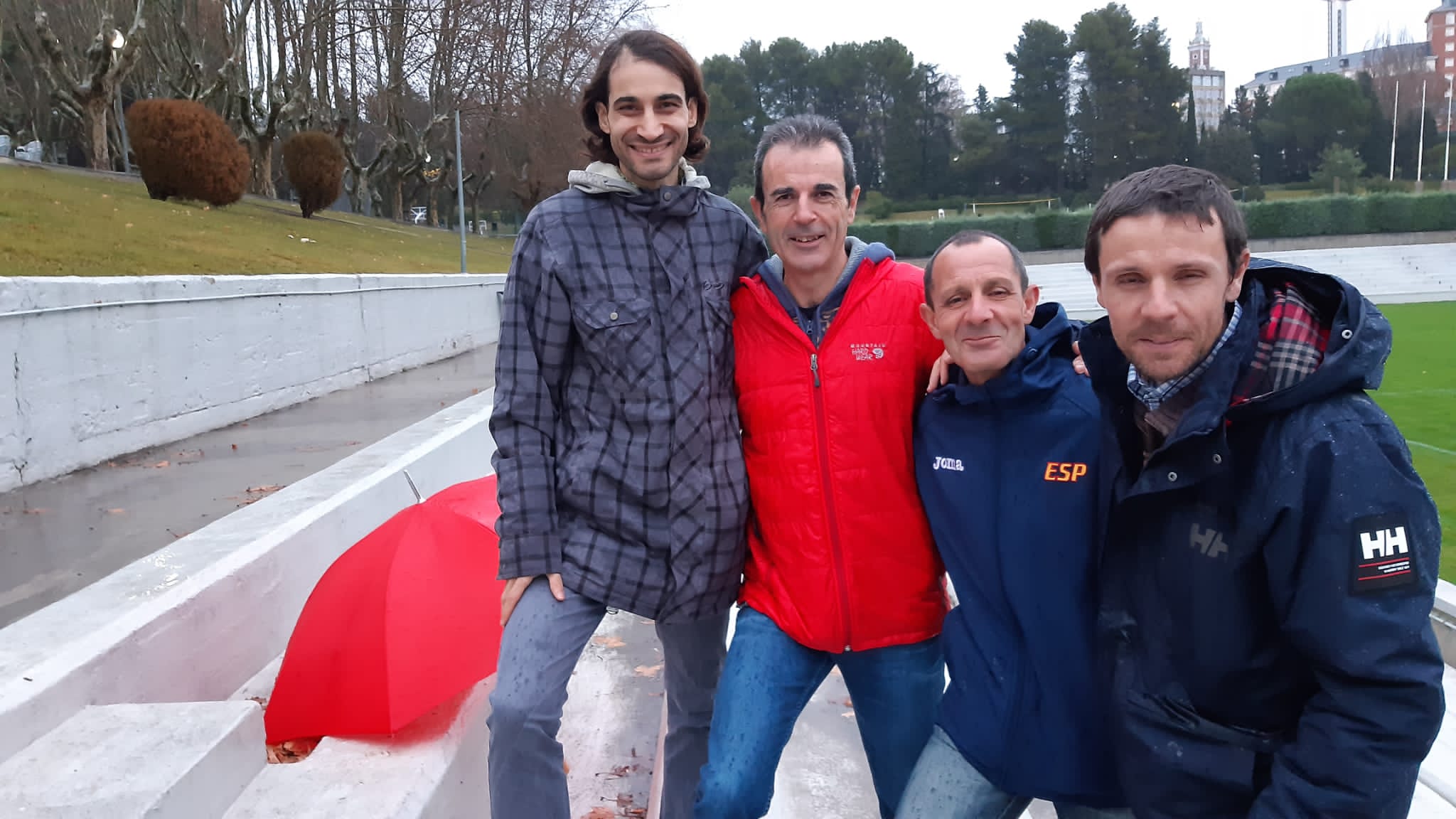 But that's life. In fact, when we finish this report, above eight o'clock at night, Juan Antonio Ramos, who prepares the 100 km of Budapest in March, has training, “5 × 2,000”, and the next day in the morning he will shoot "18 or 20 kilometers." But such are the stories we face today, in which it is not about breaking the impossible, but telling what has happened. Javier Martín Santos, the Primark employee, explains it in another way: "I like running so much that I wouldn't mind dying running." Daniel Hernando does not reach that extreme, but remember that when he participated in the World Cup he came to train “up to 197 kilometers a week”.

And it is not known if all this is crazy or if it is not even necessary to use that word. It is also not known if you have to spend the cain race or if it is preferable to relativize everything. But we read to hear stories different from ours as Ludisvildo says that in these twelve years competing in the 100 km he has come to travel to World Cups “and to sleep in caravans or in other people's boxes, because everything was very Paco Martínez Soria very international That was the test. We were not wearing physio or doctor or anything. ” But all of that is also part of this story that Juan Antonio Ramos, a policeman by profession, summarizes in a very emotional way: "Being champion of Spain is milk."

And he has been. And Ludisvildo too. And Javier. And Daniel, who is a computer scientist who “in the championship of Spain in which I was better prepared than ever, in that same championship in which I led the race until kilometer 65, in that championship something happened to me that I will never understand. From kilometer 65 I started to vomit As I have never done in my life. I even vomited through my nose, ”he recalls today on this anonymous and rainy afternoon in Madrid, where the four agree that“ it is not expensive to be champion of Spain ”. And Juan Antonio Ramos adds: "It costs you the same to be first than to be fifth."

-If we played paddle tennis, tennis or football, we would definitely spend more, says Daniel

But this is only the trips, the hotel or the slippers that Javier, the Primark, does not last "more than 400 kilometers because I am wrong." But there is no better money invested than that, since in the end, renewing the shoes on time is investing in health. And he says that he has arrived to run the 100 km training an average of 66 km a week.

The others are surprised and I am not surprised because this is an afternoon that goes out of the ordinary. The emotion feels cathedra. Luidisvildo, despite so many machaques running, ensures that at the articular level it is "good, without any problem". And he says that he is a national coach and that he now values ​​more to accompany others to make a brand than to look for his own brand. And the great Juan Antonio Ramos listens to him, who at age 51 has "three more cartridges in the 100 kilometers and I leave him". Or so it says today while Javier and Daniel still have no expiration date for this adventure. Moreover, I would say that you can see in their eyes that the best is yet to come. But that will be tomorrow.

The reality is that I had never imagined making a story like this until the day Juan Antonio proposed it to me: "What do you think of bringing together the last four champions of Spain of 100 kilometers?" And then I opened my eyes. And we look for a Friday afternoon. And, once we brought them all together, I dedicated myself to listen and take notes. The summary is what you just read. But, above all, this story is just about understanding that happiness is like effort: it gives a lot of work. And, from there, each one gives their own meaning, which may be the most important of all.