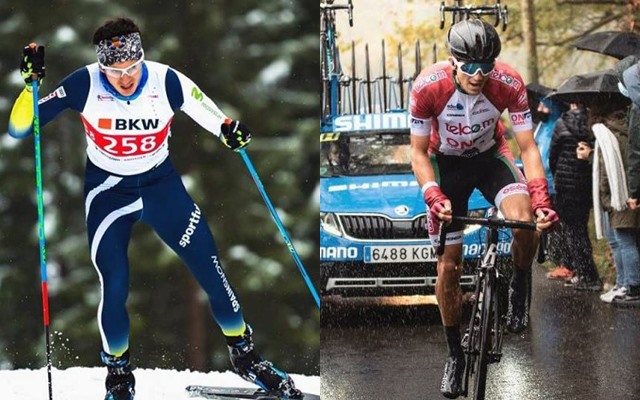 If a few weeks ago I brought you the surprising case of Javier Romo, a cyclist who in just 4 months has gone from competing in his first amateur cycling race to signing for the all-powerful Astana, today I want to bring you a similar story in terms of precocity. refers.

Martí Vigo del Arco is the name of this 23-year-old who next year will be professional cyclist from the hand of the Italian team Androni Giocattoli Sidermec.

But beyond his signing, what really draws attention is the story behind this talented athlete who You already know what it is to compete at the highest level in a very different discipline.

The Spanish, born in the tiny town of Sesué (province of Huesca) He went on to represent the national team at the Pyeonchang Winter Olympics.

Specifically, and after a brilliant career as a junior, he was chosen to compete in the 15 km cross-country skiing event.

A sports modality that, although it has little to do with cycling, requires participants to excellent physical condition and a great capacity for aerobic and anaerobic endurance.

It was precisely the excellent physical qualities of Martí that opened the doors of a structure that once had in its ranks Egan bernal or Ivan Ramiro Sosa.

His general manager, the mythical Gianni Savio, is one of the most important talent hunters in the world and as he did in his day with other riders, he did not want to miss the opportunity to recruit a cyclist with some Stratospheric stress test physical parameters.

It is true that Vigo del Arco’s career in the amateur field is short and that with the leap to professionals he will have to quickly improve aspects such as positioning or career vision, but his great physical capacity seems more than unquestionable.

A definitive leap into the world of cycling, which came practically by chance after his partner decided to take a similar path and will encourage him to seriously try out with the bicycle.

Patxi Vila, technical director of the Movistar team, was amazed by the parameters of Vigo del Arco and this quickly opened a network of contacts that led him to Mauricio Fondriest. All an ex world champion who offered him his services as a sports manager and a 2-year contract with the Italian team.

We will closely follow the evolution of this excellent athlete.