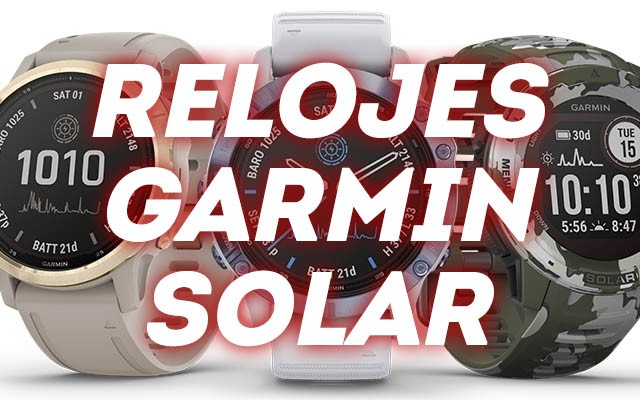 Garmin has presented its news for the summer of 2020 and, what abounds in summer? Sol, so they come with a fleet of watches ready to capture it: Fenix ​​6 Solar, Instinct Solar and Tactix Delta Solar.

Power Glass is Garmin's new technology so the watch can be charged with simple sun exposure. It is a semi-transparent layer (no opacity is visible to the naked eye) of photovoltaic solar cells that are in the lens. Of course this layer is located under the Corning Gorilla Glass 3 of the lens of these watches, when it is not Sapphire.

In the case of the Fenix ​​6, charging occurs through two channels, a thin outer ring whose cells charge with a 100% efficiency, and those of the screen, which have an approximate efficiency of 10%, although more surface area. In the case of the Instinct, around the screen is where the numerous cells are in charge of collecting that precious energy.

This has generated another widget on these watches, because it is interesting to see how much and how the watch is charging. There is also the Power Manager, which becomes an energy manager to extend the life of the battery as well as lengthen or reduce autonomy depending on our needs: duration or precision.

We have the two Fenix ​​6X already existing, and from now on there will be 9 new models of Fenix ​​6 with solar charge (among other novelties that I will tell you later) although the models without this feature will also be maintained. Therefore the new solar range contains Fenix ​​6s Solar, Fenix ​​6s PRO Solar, Fenix ​​6 Solar and Fenix ​​6 PRO Solar: 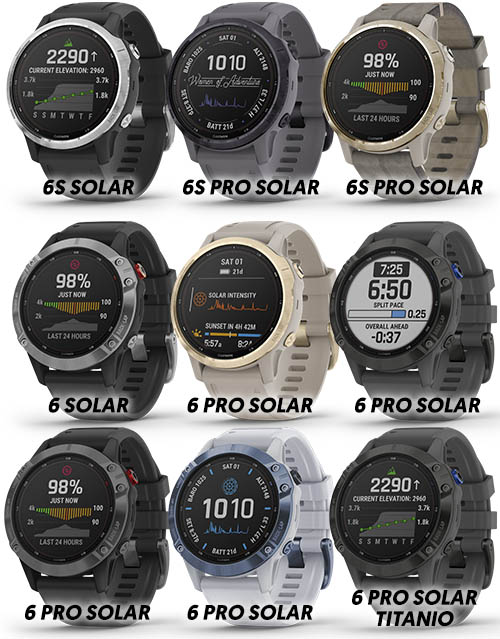 New from the Fenix ​​6 Solar

Obvious that the novelty is the solar charge; through the Garmin Power Glass that I have told you above, but the new activity profiles of surfing, mountain biking (MTB), mountain skiing, bouldering and indoor climbing are also new. By the way, in this video you can see how we handle a Fenix ​​6x PRO SOLAR to give you an idea.

New for mountain bikers are

For climbing You can already imagine the metrics, number of attempts, falls, distance / climbing time, difficulty of each route, etc.

As if that were not enough and in addition to the TopoActive maps of Europe, it comes with more than 2,000 ski resorts, and apparently the pulse oximeter has been improved. And finally, they have also added a widget through which you can check the quality of your sleep and your score directly on your watch… yes, here you can even score how you sleep.

Stay tuned to this post because we will always be posting the best updated offers. At the moment you can find the Fenix ​​6x PRO SOLAR in this offer: 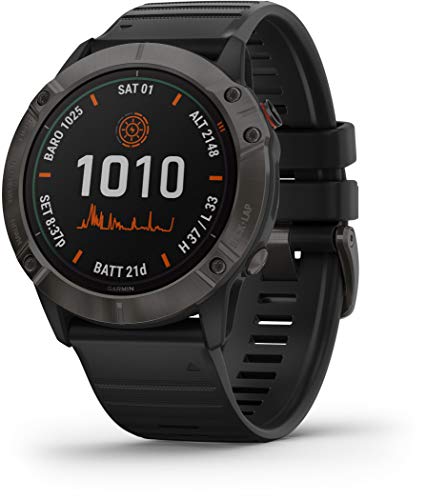 The Instinct are ultra-resistant bicharracos designed under military requirements (USA) and now also add the solar theme. Here you can see in more detail what we write about them. They have released no more and no less than 11 versions of this model, in 3 groups: Surf Edition, Tactical Edition and Camo Edition. Here you have them: 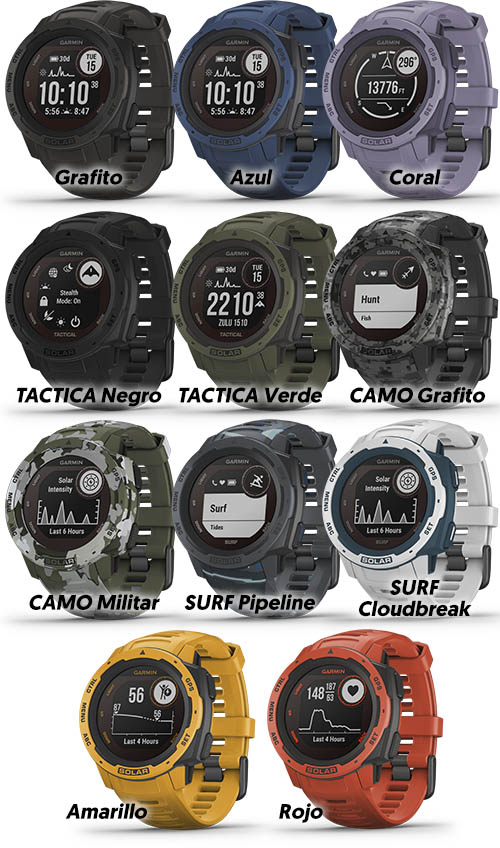 That said, they are now SOLAR although not with the same charging performance as that of the Fenix ​​6 SOLAR. Then according to the specific model we have some other surprises.

This comes more restrained out, with € 399.99 in the Instinct SOLAR and € 449.99 in the special editions. If you want offers at the moment we have only those that do not catch the sun, but watch out because we will be updating: 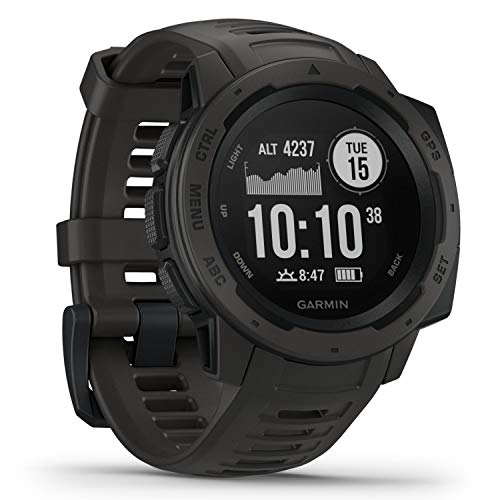 I will be brief because I do not see any athlete buying one of these without also buying a semi-automatic rifle and some grenades. It is a kind of Instinct Tactical Edition (with its hidden mode, night vision, etc.) but with a very specific function called Kill switch through which you can erase all the confidential information stored in the watch… nobody will find out that you are training more than you count.

It also has a lot of the Fenix ​​6 since it has cartography, body battery, Garmin Pay, music and a long etcetera. It is a very specific watch and focused on the military world or, at least, secret. 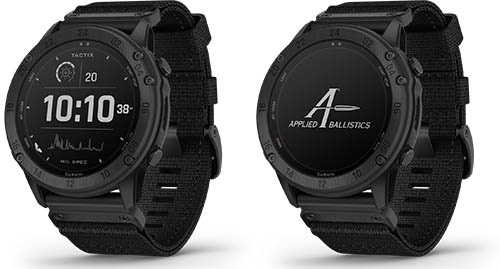