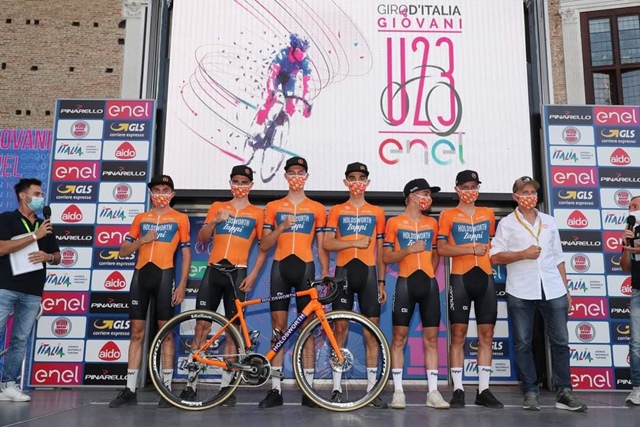 Cycling will never stop surprising us and that is what we experienced last week in the Giro d'Italia Sub 23 is practically unheard of.

As soon as he crossed the finish line and after successfully overcoming the 128 flat kilometers of the stage, the Holdsworth - Zappi rider met with teammates and team helpers.

It was then that in order to facilitate logistics and after a fairly comfortable day, they agreed to return to the hotel by bicycle.

Barely 5 extra kilometers that the cyclist had to travel without any complications. The assistants took it upon themselves to show him the way.

However, to everyone's surprise, Wright never finished arriving at the hotel. What happened to it? Where could it be? Peers and staff wondered.

Faced with this circumstance and seeing that things were getting complicated, the director was in charge of asking the rest of the teams and runners for collaboration. Has anyone seen Paul?

Nobody knew anything, until someone declared to have seen him in the middle of the afternoon through a tunnel area.

When everyone feared the worst Paul Wright was found completely disoriented in the middle of the sunset more than 15 kilometers from the hotel, in full physical and mental condition.

The next day was logically the easy joke for his squad mates.