News : How to organize a Spanish Cross championship for veterans (in COVID era) 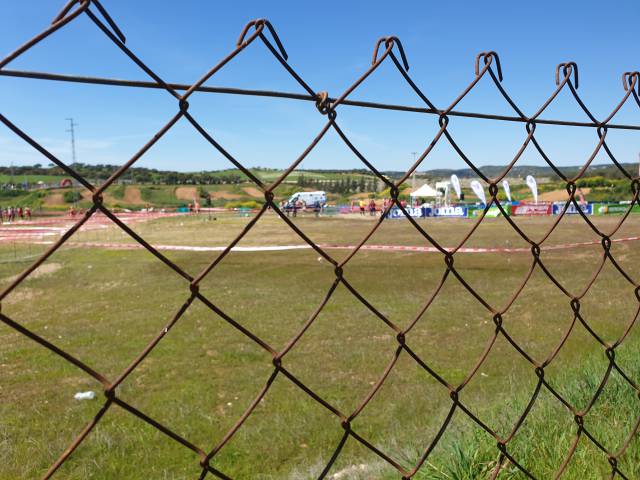 This weekend was held at the El Pinillo circuit, in Almodóvar del Río (Córdoba) the XLVI / XLI Championship of Spain Master of Cross Country Individual and Clubs. Some time ago, on the occasion of the same type of championship, but for all other categories, including the absolute one, we did a report where we explained how this beautiful, exciting and long-suffering team competition works.

Now, taking into account the times that we are having to live, we have moved to Andalusia, to the beautiful town of Almodóvar del Río to witness how an already complex test of this type is organized. And more this time, since it involves some age groups that are the most sensitive because of COVID-19: veterans. 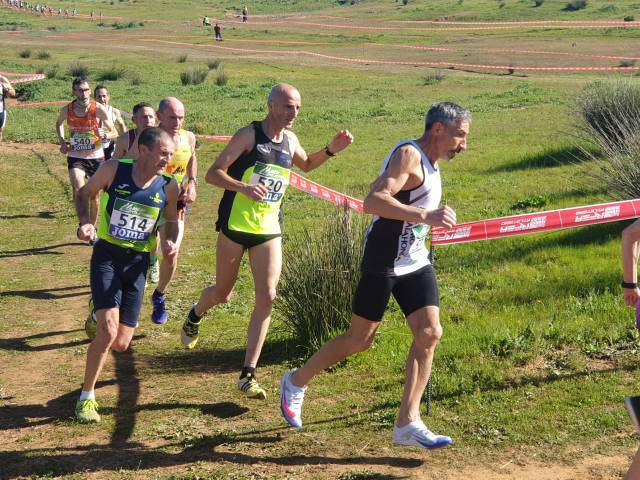 Or Master, as they are called at present, to unify with the international nomenclature. Some age groups that break with logic, as they do not stop showing the barriers that fall. Look if not the case that, only in this last month up to four Spanish athletes of the Master category (three of them women), have broken European or World records. Even on the same Sunday, when at the same time, but on the other side of the world, the Japanese veteran Yugeta, 62 years old, again fell below three hours in a marathon (2:54:27).

But it is in these that the coronavirus, just as it has conditioned the lives of millions of people in the world, has also made its mark on the cross country. Perhaps the best thing is that sportingly speaking you have the same merit (or even more) to run in these conditions. I mean, do not sweeten the competition, on the contrary, all athletes, men and women, have had to redouble their efforts to be able to be in condition at the starting line of the Almodóvar del Río Championship.

From the outset, taking with you the certificate issued by the Royal Spanish Athletics Federation and which serves to demonstrate to the authorities that the movement made by athletes is considered legally accredited according to Royal Decree 926/2020 of October 25, State of Alarm motivated by SARS-CoV-2.

Although the worst trance for all was to look askance at the so-called “COVID-19 Clause”: the possibility of suspending the test. And although everyone accepts with responsibility each and every one of the necessary security conditions, including cancellation, it is true that the suit would have been great in that case. Above all, for so many hours and expectations training, in addition to the economic damage for those who have contracted trips, accommodation or permits in their respective jobs to cross half of Spain … and return, of course. 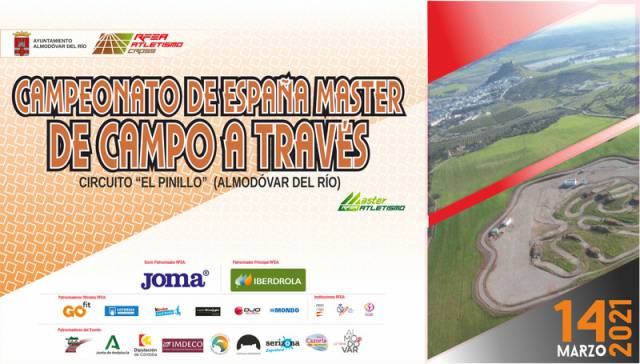 How does an individual and team Cross Country Championship work?

We go with the main ideas on how a Spanish Team Championship works, taking into account that it is much easier to understand an individual championship. If it is individual, the athlete who crosses the finish line in first position: wins; the one who enters second: remains second; and the third … close the podium!

But in a team championship, This logic is no longer followed, because what is intended is that it be a group of runners, forming a team (that of their club), which, adding efforts, establishes a classification.

To begin with, they must first have correctly registered as teams and then, depending on whether the organization determines the minimum number of runners who will score (between 3 and 4 usually) and whether the way to establish the classification is by positions, or by times. Logic says that the sum of the result of all the members of a team will be compared with that of the others. And in the exits “exit drawers” are often used to segment the teams. 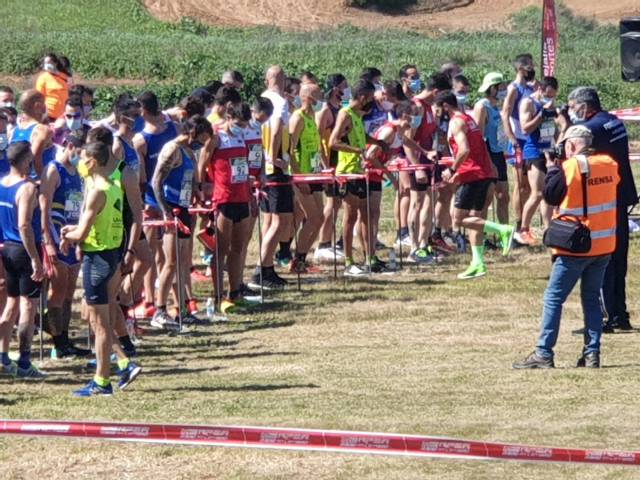 If the classification is made by positions, whoever enters the race first scores 1 point for his team, the one who enters second scores 2 points for his team, and so on until the last classified. The team with the fewest points wins (which means that, as a whole, they have been further ahead in the standings)

On the other hand, if the classification is determined by times, it is simpler: the times of each member of the team are added: the team that has invested the least time in getting everyone to enter wins, second is the team with the second best time and so on with everybody. 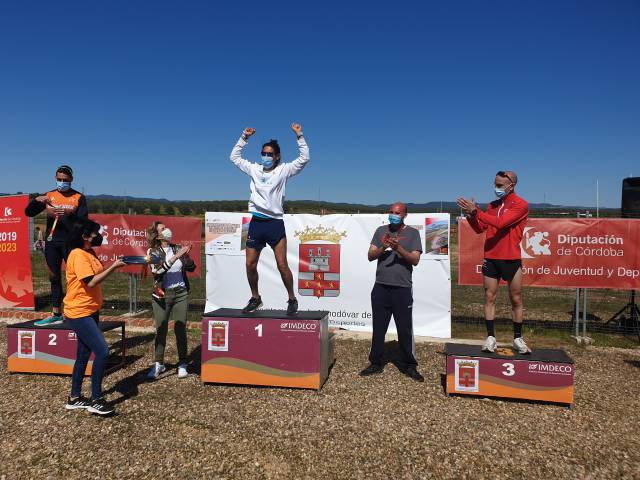 The Master in Athletics categories

Well, this is where the exceptionality becomes more important. Taking into account that COVID-19 has hit the whole of society, in general, but very hard on older people, in particular, the organization of this championship in Spain has become much more complicated. It must be borne in mind that many, despite running in an excellent way and more taking into account their age, are still risk groups, especially those belonging to the categories of more than sixty-five years, onwards. 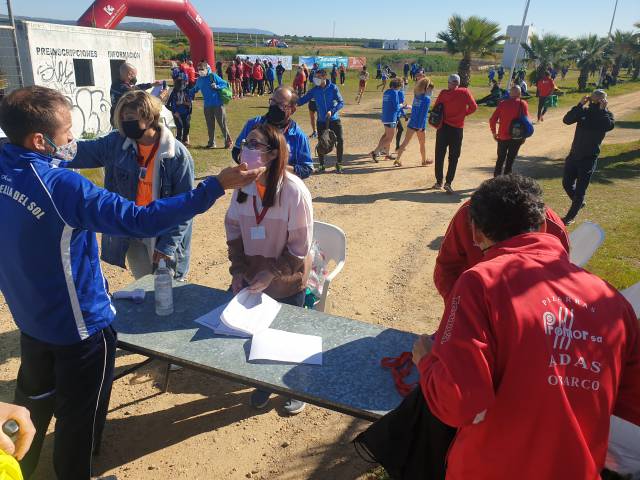 The other issue is that these are people who come, literally, from all corners of the country. They do it to meet other athletes and, afterwards, all return to their respective places of origin. And that is an important handicap… And to top it off, the fact that it is an official competition forces us to take extreme precautions, as it cannot be otherwise.

The truth is that we must congratulate the organization of this XLVI / XLI Championship of Spain Master of Cross Country (by the way, that the two numbers refer to the difference in the championship between the male and female category, being five years more old male). It can be said that both the Almodóvar del Río city council and the RFEA have worked it out.

To get started, the choice of the place to carry out the test: a world-class motocross venue. Because it was no coincidence that the facilities were surrounded by different rings of wire fences, crowned by hawthorn. And even that internally there were also separations with the same type of fence (originally to prevent the invasion of space by motor vehicles and in the case of this championship, to limit and control mobility), since this has made it possible to segment and control the influx of people in a practically 100% strict manner.

At the delivery of numbers (a common meeting place and time between teams and competitors, often friends, after many athletic battles), this time only one representative per team was allowed access to remove all of their teammates. 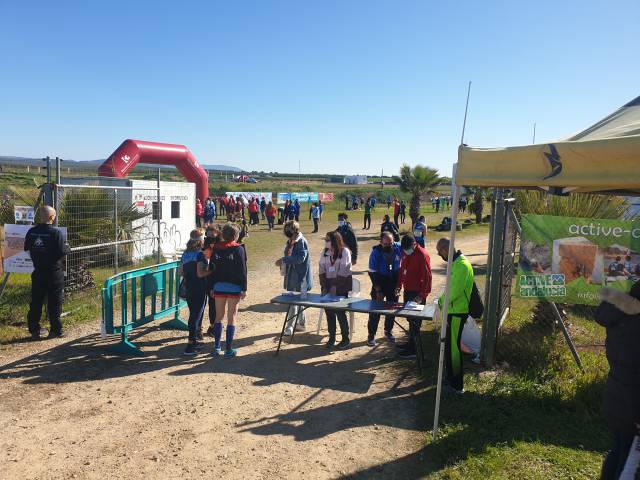 In the championship venue itself The public was not admitted and they could only access the first level (what the organization called “Zone 0” and which included the Call Room, the warm-up area, Exit, Goal and Podium), duly accredited athletes and technical personnel such as coaches and delegates (maximum one for every five athletes). It was necessary to present DNI, collate the data, pass temperature control, rub hands with hydroalcoholic gel…. And that was only the beginning. Once inside:

And more restrictions and controls, since, for example, there were volunteers even at the entrances to the services, to prevent the access of more than one person and to remember to maintain distances in the usual queues formed by runners minutes before to compete. 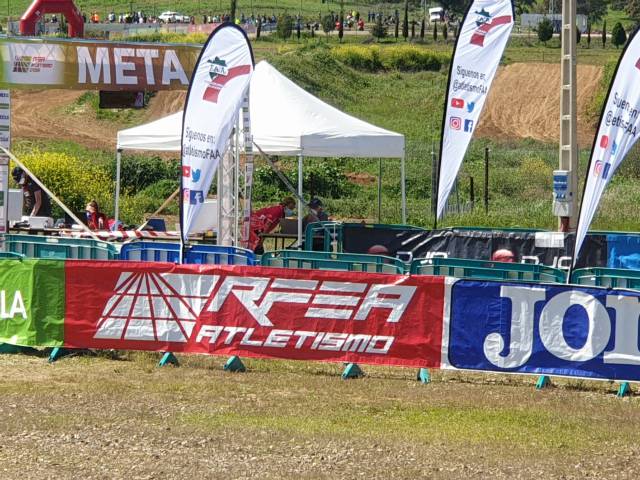 The truth is that, from a bird’s eye view, it might seem that things happened by routine or chance, but nothing further. The organization of this Spanish Cross Country Master Championship must be recognized for its double effort: first that of the sports organization, and then, the application of health prevention measures according to the criteria of the Higher Sports Council (CSD) in its “Action protocol for the return of official competitions of state scope and non-professional nature”And the RFEA itself in its“Action Guide and Recommendations for the organization of RFEA competitions”, Validated by the CSD itself. 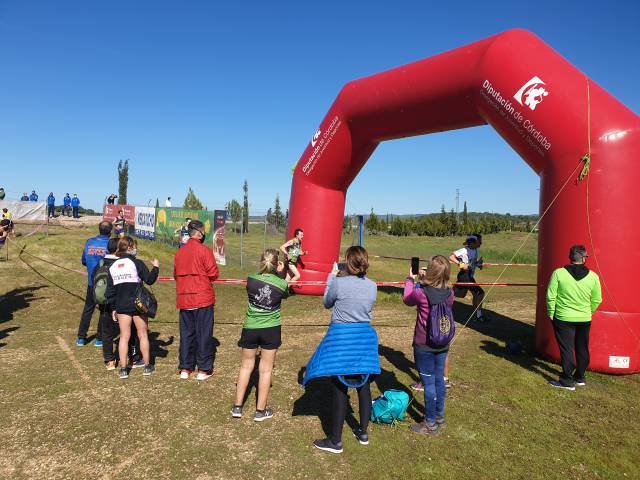 This photo illustrates these measures very well, because it is not even a small audience, this is inside the enclosure and those who appear in the photo are coaches or other athletes who have to run or have already run. Nobody else. Point.

Although the truth is, in the price charged for safety there has been something that gives goose bumps: A start and finish straight without a single person in the audience, or other teammates, or coaches: not a single cry, not a single applause, not a single breath … Only the “Pum” of the starting shot, and the rumor of hundreds of feet (with or without nails, that in the Master category, the use of “flying” shoes is the favorite resource) hammering the ground at a gallop … but nothing more . The rest… the most absolute silence. May that impressive silence be a tribute to those who have suffered the worst of the faces of this pandemic. 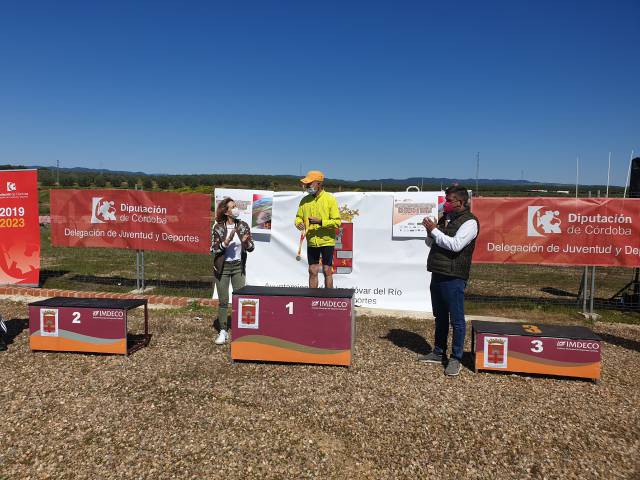 And perhaps that is the paradox of the championship. The contradiction given between the recommendation of the WHO, and adopted by the RFEA, that people who belong to risk groups or over 65 years do not take part in the event … Because yes: they have seen themselves enter the goal (eye, and with all the merit in the world) to athletes over 80 years old, like the one we see in this photo. Or see that one again Master athletics legend who is Emilio de la Cámara, that at 76 years old, he treasures no less than 76, also, medals in international competitions.

The success of that part, the sports, we realize right now.