We are told by the companions of ‘Triathlon Planet’ and we cannot get out of our amazement even though it is an ‘usual’ illegal practice and unfortunately every year we face such rocambolesque and dirty situations as this one. Alfonso Calleja, better known as ‘Beto’, arrived prepared and willing to Seville to get down from 2h50 ′, a mark to take into account and which indicates the good shape of it. He is an experienced triathlete and had been designated the number 1,361. Apparently Beto routinely uses the classic bearers, but this time, after the scandal that had occurred in a test recently with a high percentage of disqualified for using such gadget, he decided to use the safety pins of a lifetime.

The thing was going well and Beto was matching the rhythms he had been rehearsing and working for so many months ago. But this is not an exact science and from kilometer 15 he began to notice discomfort that resulted in a contracture in the twin. He slowed down until he had to stop. They had agreed with their family a meeting point in case any setback happened and was four kilometers from that point. He went there after putting the crumpled bib in his pocket and with the logical disappointment of the moment.

Someone retrieves the number and enters the goal so quiet

Once the whole family was reunited, they went together to the apartment where they were staying during the weekend on the occasion of the race. And at that moment the marathon for Beto ended. He did not repair at any time to get into the shower where the dorsal was or what had happened to him. The surprise is capitalized when he receives the post-race email from ‘Cano Fotos’ in which his times come out and sees that he has made a final record of 2h29 ′ (from kilometer 35 the partials recover again). In the photos you can see how another runner (who obviously is not Beto) enters the finish line without any shame with his back. Surreal. 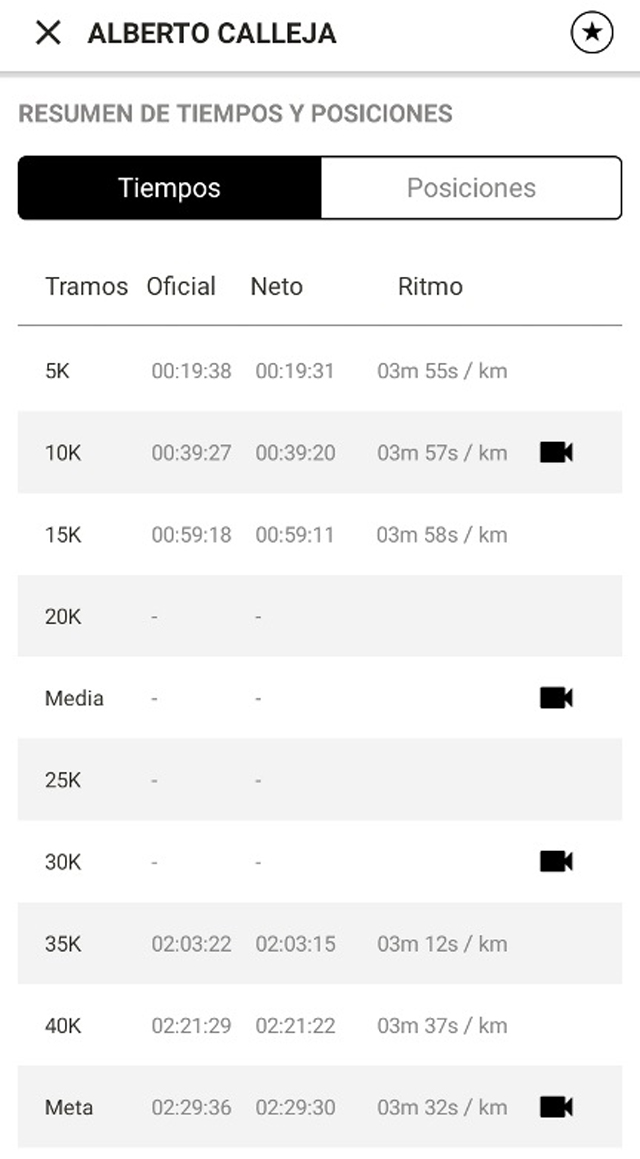