Much has already been written about the return to running, about how it was going to be, about the previous tingling, about how we were going to find our lonely and soulless habitual roads infested with new ‘runners’, walkers, walkers. The days prior to the one named ‘Runner's Day’ have been a roller coaster of sensations that has taken us from ecstasy to nervousness through anxiety and making a couple of stops in the tachycardia.

Who has not felt before leaving the door of the house a bit like an impostor? Who has not had the feeling of going to do something forbidden, something dangerous? After so many weeks in which we looked through our balconies and terraces and through the television news, the empty streets, the depopulated sidewalks and in which we have cursed ourselves for not having made the decision at the time to adopt a dog, set foot in the Street without having the feeling that the police could ask us for the documentation and submit to an interrogation at any time has been strange.

But we have. With our sack of nerves, our pulsations already accelerated without even striding. Our favorite outfit (let's not kid ourselves, no one came out without having fully studied in detail what he was going to wear to get back into the ring), the battery-powered watch. In an exercise in titanic self-control by not pack up from the beginning and end up paying it with a ‘firecracker’ at kilometer four, we have listened to the wise men (Carles Castillejo for example) and we have opted for a smooth shooting, enjoying each step, looking around us gawking. A brutal sensation, like starting again but with the knowledge of a veteran, whose body is already known.

There are no competitions on the horizon, we do not know when we will be able to register for the next race, but we must learn to live with it. Take advantage of applications, ‘pikes’ with friends, small personal challenges and, above all, do not rush with deadlines. With everything, from the Stock Market of the Broker we wanted to know five stories of five regular ‘runners’ who had been stripped of one of their most precious assets and that they have been reborn. Curious experiences, each one with his personal story, his ‘dramas’, his way of approaching it. They are Mireia, Imma, Carlos, Alfredo and Montse. 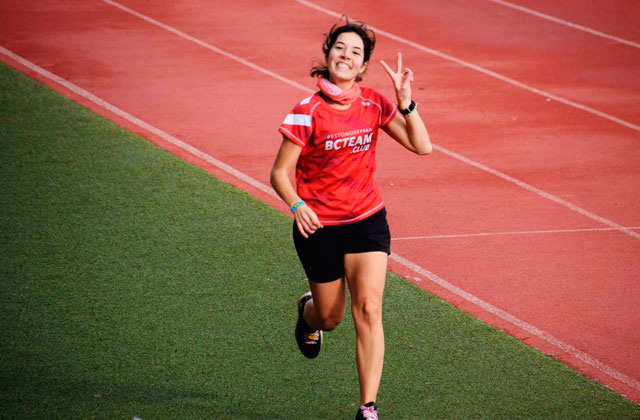 Clever and mentally motivated for the Barcelona Marathon, for Mireia it was a hard stick when her suspension was announced. In fact, for those registered for the Barcelona event it was so sudden, so hasty, that they had to become well aware to assimilate it. "It was a very strong stick. In my case maybe not so much because I had decided to do it less than two months ago, but I know people for whom it was very 'heavy'. The preparation was 100% done and the truth is that at the beginning we wanted to blame anyone, but then over time we realized the magnitude of all this. We try to look for alternatives, to go to Madrid, to Badajoz, in a moment of despair. But you had to think about overcoming all of this. ”

“The truth was that the alarm was set at 7:30, but at 7:00 she was just like a girl on Three Kings Day. The truth that I was very very clear that I was going to go to the sea. I'm from Barcelona and it's what I most wanted to do. I knew it was going to burst, but it's what I needed. From 9 o'clock that was a ‘jungle’, everyone imagined that he was dying of desire. I haven't even looked at the clock, just to see the time, the rhythms didn't matter to me ”, comments Mireia. “It is the case that I had plenty of legs from doing so many‘ workouts ’at home, but what was wrong with me was the cardio. Look, since there are no races in sight, you have to take it easy. It really changes your mood. "

"At last. I am in Sant Salvador, in Tarragona. This was full, I had never seen so many people running. The physios will have work because what madness. It seems good to me that people come out, but it has been tremendous, Me overtaking 30-year-old boys!Montse, a regular runner, tells us. “I wasn't crazy about going out either because my rebellious spirit lost him many years ago. I resigned myself not to leave, the truth. I have been training at home, nor have I become a 'sofa larva'. Also, I have been able to continue seeing my clubmates through ‘zoom’, so we have been able to maintain that ‘social’ part, ”he adds.

“Of course, my legs asked for kilometers. At first, when I decided to do half an hour I thought it would be "shit", but then "buff", I had more than enough ... I felt many pleasures when I finished, the truth. Pleasures he had almost forgotten. Get up, don't make noise to wake up my family, silent. These are things that I no longer remembered. Also running trying not to step on some shadows, superstitions that I didn't even remember I had. I did not miss them, but I have realized running, "tells us this" runner "after returning to" debut "on the asphalt.

Alfredo, "wanting to cry when the clock has marked the first kilometer" 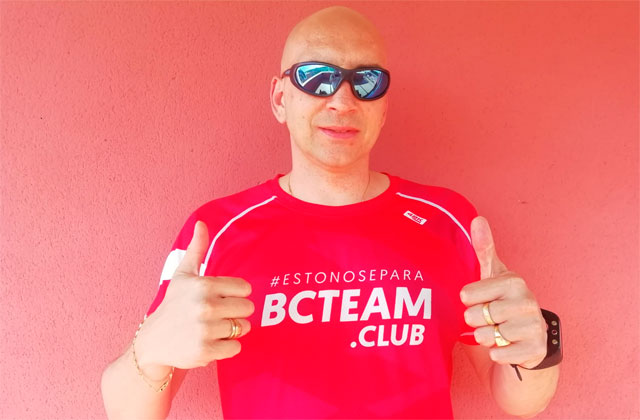 “I left around 8:15 or so. I am from Alcalá and because of the area I live in I was not so loaded with people. Let's see, there was movement, more than normal, especially when I returned. All these days all I have done is walk and run on the terrace. When the clock has ticked the first kilometer, I even wanted to cry. My legs have responded well to me, to be honest, I think that these days I have maintained a good tone, ”says Alfredo from Alcalá de Henares. “In my club, in the BC Team, the truth is that they have taken good care of us, not only on a physical level, but also of feeling sheltered, with the meetings, videoconferences, and live exercises. Good luck to that. Mentally the truth is very complicated, going around on the terrace is ‘burning '”, he adds.

"I have been out for 30 minutes, very 'quiet', to get used to my legs. It was only missing after all this go out like a crazy goat and injure myself. More than one will fall to leave with so much momentum. The truth is that I have been running this way more seriously for a short time, but I am hooked; It has been great, the feeling very good, "says Alfredo, who plans to" go out for a while each day, early in the morning, and even if it is a jog, dose according to what I have to do each training day. "

Carlos, "with the feeling of doing something prohibited 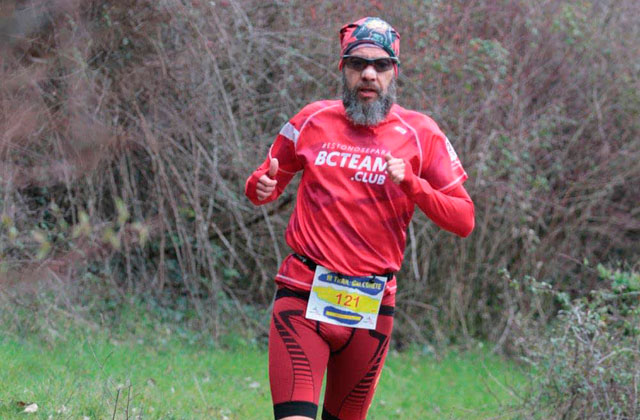 "I have left around 8 and the truth is that at first everything hurt, the achilles, I was short of breath, and I was almost stopped. It has been many days even though I have been doing things almost every day. I can see it at the level of arms and strength, I feel better, but of course this morning when I started to run my legs, don't see, ”says Carlos, already a 'veteran' of running.

"The feeling I have had when I left is that I was going to do something prohibited, at first there was no one on the street, no cars, obviously, then when I left in areas that were more crowded, there were more people and already at 9 a lot. I took off all my clothes the night before because I'm the first one to get up. I don't even set the alarm clock and go on an empty stomach. It was also a very good day and invited the truth out. I have done about 45 minutes and I already know that I will have scary laces. Even so, I plan to go out tomorrow as well and practically every day, even if it is at a calmer pace ”, Carlos explains.

“Now it's time to take it all easier, there are no races or competitions. I was registered for the Madrid Marathon, with almost all the work done. It was a bitch because I had mortgaged my season for this, everything was focused on getting perfect. The great objective. I'm signed up to try again in November, but I don't have much hope. ” 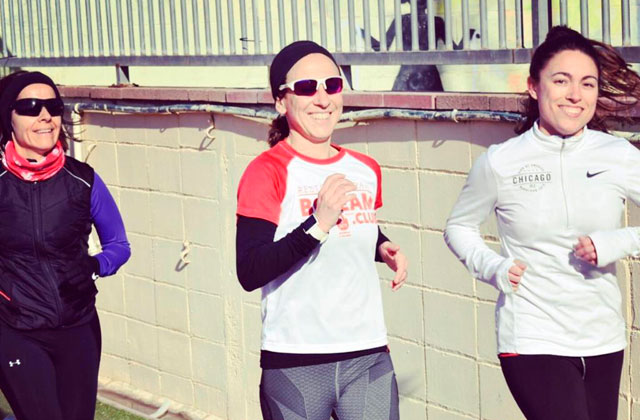 "I started around 8:15 and I bet on a route through Barcelona close to home to the Parc de la Ciutadella and I went back up. The truth is that I have seen photos that everything was crowded with people and the truth is that around here, respectful people, respecting distances. I don't have a treadmill at home and I haven't gone out running any day. I left a little scared, cautious, not knowing what I was going to find, in expectation. I went out with my partner and we were 2-3 meters apart; I have not seen cartoons running together, but people greeting each other when they crossed paths, but boy, is it normal? ”Imma tells us about her return.

“I have always liked running, but I think the body gets used to everything. Now I have been without running this month and a half and I have not had such a bad time, the truth; Of course I went out today and I feel great for having done it, but I wasn't dying either. Perhaps the first day we were told that outdoor sports were prohibited, we were alarmed, but then it was not traumatic. After leaving, at the end of training, that feeling has been greatYes, ”adds Imma. "In fact, even this break has gone well because it came from an injury and I have been able to do exercises to reinforce that specific area." Normally we force ourselves to rest during the season, but another thing is to abide by it strictly: “Normally I do not stop the stipulated time 100% and the truth is that this has come so and I decided not to make the kaffir and force to train on the floor or in the rooftop. Now it's time to go out calmly, I'm not in a hurry to go out and pound myself ”