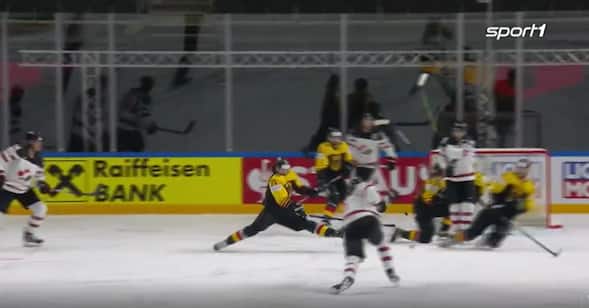 Picture 1/2 – Pure ice hockey passion in the video! This is how self-sacrificing Germany wrestles Canada 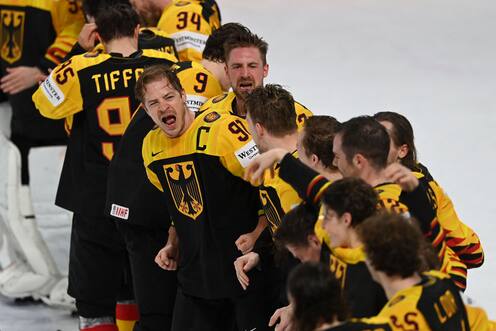 The German ice hockey team celebrates a sensational victory against Canada at the World Cup in Latvia. The success evokes an Olympic feeling. Three years after Pyeongchang’s historic victory against the ice hockey power, the DEB team rekindled great emotions.

What a drama, what a fight! With a lot of passion and an outstanding goalkeeper Mathias Niederberger, Germany’s ice hockey team has its sights on another coup three years after winning the Olympic silver medal after its first World Cup victory against Canada in 25 years.

On Whit Monday, the selection of national coach Toni Söderholm drove the 26-time world champion to despair at 3: 1 (2: 1, 0: 0, 1: 0) in Riga and continued the previously perfect World Cup yield. 1186 days after the match of the century in the Olympic semifinals in Pyeongchang (4: 3) goals from Stefan Loibl (11th minute), Matthias Plachta (12th) and Korbinian Holzer (58th) ensured another historic victory against Canada, for the only Nick Paul (19th) was successful.

“To be honest, I’ve never seen a game like this before. We really have a lion’s heart, we saw that today,” said match winner Niederberger from the Eisbären Berlin champion at Sport1. The last World Cup victory so far against Canada came in 1996 in Vienna (5: 1).

With this, the team of the German Ice Hockey Federation impressively underpins the high ambitions. With three wins from three games, the start of the World Cup is very reminiscent of the first World Cup under Söderholm in Slovakia in 2019, when there were even four wins in a row and in the end the best World Cup preliminary round ever. This year Germany had already beaten Italy (9: 4) on Friday and Norway (5: 1) on Saturday. The next opponent is Kazakhstan on Wednesday (3.15 p.m. / Sport1).

The strong team spirit, which can also be felt on Monday, should lead the team to a sensation without their world star Leon Draisaitl, just like at the 2018 Olympics. Back then, after beating Canada in the semi-finals, silver jumped out. “How everyone throws themselves into the shots, unbelievable,” said goal scorer Loibl.

The situation is completely different with the high favorites, who actually started the World Cup with three defeats. This has never happened before at a World Cup in the motherland of ice hockey. Canada’s World Cup selection has little to do with the best possible team because of the ongoing NHL playoffs. However, many nations – including Germany – have the same problem and the Canadian selection still consists almost exclusively of NHL players.

The first third was a reflection of previous World Cup appearances. The favorite started enthusiastically. The uncertainty was clearly noticeable in the talented team. Coach Gerard Gallant had called the Canadians for the third time in a different line-up and trusted another keeper. Darcy Kuemper, who had to go off the ice after 40 minutes in the 1: 5 against arch-rivals USA on Sunday, was not in the squad on Monday and was replaced by his Arizona team-mate Adin Hill.

Experience the world championship LIVE and up close in the stream of JOYN!

The 26-year-old was duped within 38 seconds after a good ten minutes. The two-time Stanley Cup winner Tom Kühnhackl did first-class preparatory work on the beautiful guided tour through Mannheim’s Loibl. At 2-0, Loibl’s club colleague Plachta was deflected into his own net by Canada’s top talent Owen Power from the University of Michigan. Canada reacted immediately with a time-out – a clear indication of the nervous flutter of the maple leaves, which shortened shortly before the first break by Paul (Ottawa).

“Just keep playing with pride, be patient and have fun,” demanded Germany’s top defender Moritz Seider. “We were just rewarded and we work very hard.” In fact, the German team fought self-sacrificingly, throwing themselves into Canadian shots again and again and survived twice a double shortfall in the middle section.

Canada didn’t like it at all. The star-studded NHL ensemble reacted indignantly with some nicknames and angry attacks. Niederberger from the master Eisbären Berlin held up exceptionally well until the end. Holzer made everything clear with one shot into the orphaned goal.

With this courageous and passionate performance, the DEB team sparked enthusiasm and hope for more. After three wins, the quarter-finals are within your grasp at the start. Group B is led by the German polar bears, 17 goals scored are the most in the entire tournament field. Yes, you can dream: of the miracle on the ice!

In the video: Monaco becomes a bore: does the prestige race have to disappear from Formula 1?