Eliud Kipchoge made history now a couple of months ago. He became the first human being to lose two hours in the most mythical distance of athletics, the marathon, the 42 kilometers and 195 meters. The Kenyan, in a brutal marketing campaign of Nike, starred in what is undoubtedly one of the sporting events (if not no the event ’) of this 2019. 1:59:40, a record that will remain for posterity within this Challenge INEOS 1:59 that began to be cooked months and months in advance and that ‘caught’ both athletic and curious lovers who did not want to miss the milestone.

A milestone that was accompanied by a controversy over the “supersonic” shoes that the African wore, a Nike model never seen before, an evolution of the VaporFly that he already wore in the “Breaking2” of Monza. The AlphaFly, a prototype of which the brand did not give or have given information or offered any more detail than could be seen of it during the broadcast

A price within reach of very few 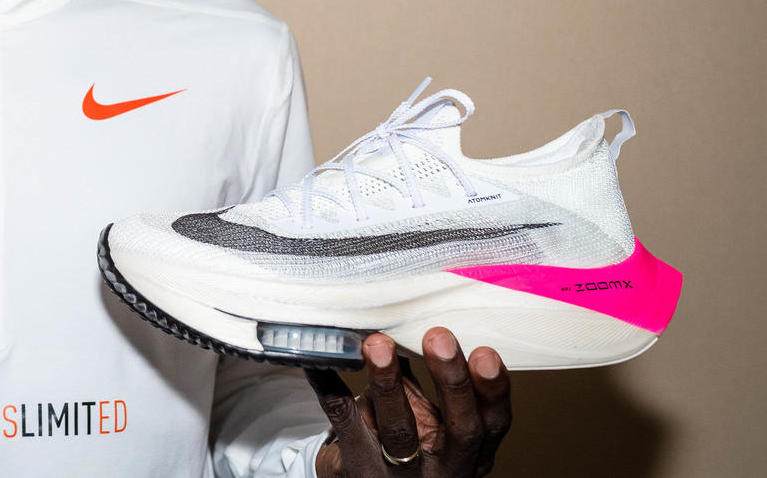 Well, now, almost two months after that, an image of the Kipchoge shoe has been leaked in detail, as well as the possible price for which it can be released: The Nike AlphaFly Next would cost 400 euros.

This is how our material manager at the Broker's Exchange, Josep Gil, explained:

“It is a competition shoe, that the midsole uses a Zoom x foam, with exceptional damping properties, an energy return of 85%, which incorporates at least one carbon plate in the midsole (it is said that they can be up to three, but we don't know). It is believed that the drop is between 8 and 10mm to continue with the same tonic with VaporFly. But we already know that the outer appearance can be deceiving if the middle sole scales on the sides. It serves to encapsulate the foot inside. Then the solid rubber only at the front, which is where traction will occur. Thus we reduce heel weight. The most normal is the upper, I think it is a mesh with little reinforcement and if you look closely the foot is lower compared to the midsole. The weight is not known, but can only be below 200gr"