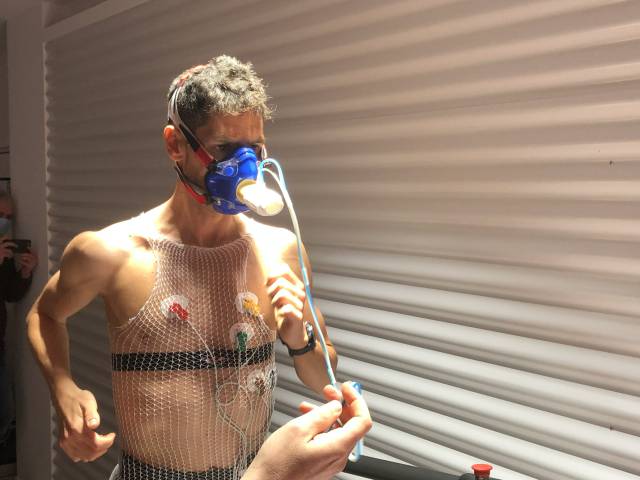 Javi war, New Balance Team athlete and current Spanish marathon champion, has been the invited athlete to perform the official premiere of a new concept in the world of stress tests. Running Salut, specialist center in sports medicine and high performance located in Santa Coloma de Gramenet, has presented its innovative office designed to give the best of oneself during the physical resistance test: LEDs, loops, fans and a musical selection that will not leave indifferent to sports lovers.

In addition to the sensory elements, the room has a system of extractors capable of renewing the air in the room in just five minutes, thus minimizing the exposure of aerosols and maintaining the optimal concentration of CO2 and oxygen for greater reliability of the test. .

There are five months until the Olympic event and the Segovian is already in full physiological preparation for the high humidity conditions that athletes expect in the Odori Park in Sapporo on August 8.

Accompanied by his coach Jesús Álvarez-Herms, who did not lose any detail, he has been able to put the tapestry of the Running Salut tape at more than 21Km / hour with a slope of 1%, at 2.40 ”per km. Exhibition once again by Javi Guerra demonstrating a great capacity to adapt to rhythms below three minutes per km.

Video of the last minutes of the test: