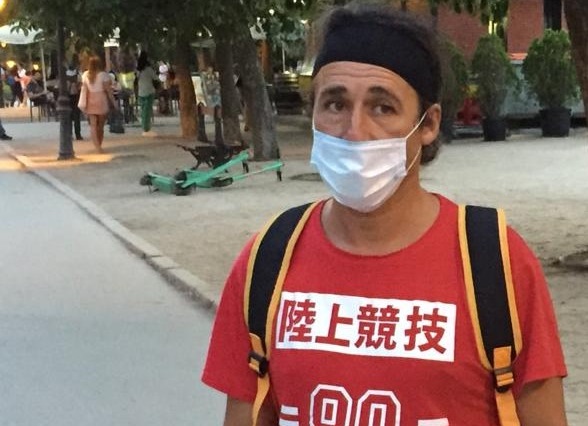 Today is exactly one month since we discovered the story of Jokin Carmona. Life has changed a lot but they are those times that in everything that has been done has been for good.

I will be honest: I haven't spoken to Joaquín Carmona in a long time. A week later I understood that he is a free spirit, that it was better to leave him alone and I retired from this story with the feeling that he is going to succeed, that this second chance that life has given him is going to be the good one, safe.

I have been told that in the Vallehermoso pool, where he works, he is a good employee, serious and orderly. I am happy and not surprised. I will always remember the afternoon that I went to look for him and then we went to dinner: the man came to the restaurant table with the three books that he had borrowed from the public library for fear of leaving them in the park where he lived and who would take them to him. stole. I did not forget it. It seemed to me a sign of supreme responsibility.

I have also seen how he has returned to Twitter, how he is reworked every day as if it were reopening of your business, how he has specialized in athletic ephemeris and how there are people who have told me 'this guy is all data, not a single feeling or a single adjective', but in what little I knew him, I think that Joaquín Carmona is like that.

It will change or it won't change, I don't know.

But the day he returned to Twitter and did not thank anyone, I was not surprised: knowing him how little I know him, no.

I had heard him say: "I've been ten years without talking to anyone, because among those of us who live on the street there is no talk. ”

The fact is that an exact month has passed since that June 15 when we released the story of Joaquín Carmona in this same park, where today the same mattresses, the same cardboard continue, how much uncertainty, my goodness. 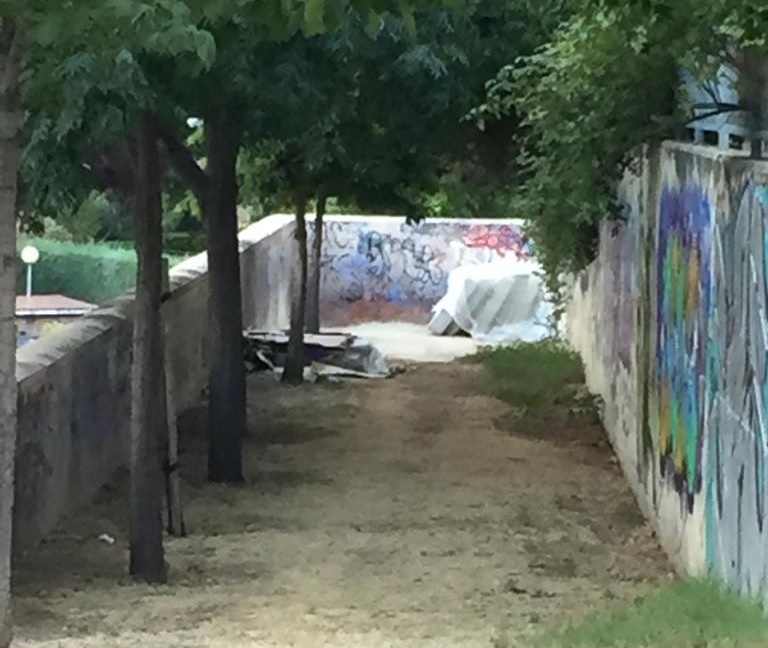 Since then, I have the feeling that nobody in the world has changed his life as much as Joaquín Carmona, who no longer lives here. Gone is surely the worst, which none of us could imagine in their own flesh.

During this month his life reached a one-page report on ‘L’Equipe’: the sports journalism Bible. I think it is the perfect metaphor that summarizes hours of radio, television, websites, millions of messages on Twitter.

The morning his story was published I received 104 direct messages on Twitter from people eager to help Carmona: sneakers, computers, tablets, money, even Pablo Aparicio, a businessman from Zaragoza, offered him a pension for that same night . No one wanted to wait.

The phone, even mine, became at Niagara Falls.

But it had to be worth it. There was a word that came out so highly valued that day that you had to stand up for it: solidarity.

And it was not a summer night's dream.

Two days later, Joaquín Carmona already had a permanent job. On Friday, after passing the COVID tests, I was already working and today you can already use the thousands of euros that you deposited in crowdfunding so that you can start a new life.

A month has passed since all this. Here we are left with the sensations, with anecdotes like the one that made me see that this is a type of a single piece, different from everything, I do not know if better or worse.

I passed him the phone, because it was José Ramón de la Morena who wanted to interview him on his program. The same one who had told me that only a third economic world war like the one we are experiencing could justify a man like Joaquín Carmona ending up on the street.

I admit that I would have said yes. Joaquín Carmona, however, said no to José Ramón de la Morena.

There was more until the day we stayed at El Retiro and he also said no Lucía Franco, a persuasive journalist from El País who believes in the street, on the phone and in journalism and who wanted to approach her story in a different way.

Joaquín Carmona did not know how to answer yes.

That day was when I understood that the best thing is for him to continue on his way, that it was the best thing for him, that he was going to do it well, that each day in his life would be easier than the previous one, that if he needs me one day he has my number and that if you ever dare to tell your story unhurriedly in a book and you want to count on me, Go ahead, I'll be there.

What's more, I would like to be. But it has to be him.

So a month later this is the only x-ray I can think of doing of Joaquín Carmona and of this story that went so far. Yesterday I realized it again when I opened my mailbox at home. Paula Radcliffe, the former world marathon record holder, he had also kept his promise. She had just received the envelope that she herself had promised to send to Josu Gomez Ezeiza, a former athlete who now works at a Sports Medicine Institute in South Africa:

-When I read in the report that Joaquín had lost the autograph that Paula Radcliffe signed for him in a San Silvestre, I quickly thought this has a solution.

He called Paula, who read the story.

Within days, he sent the dated envelope to Monte Carlo with that Photography hers dedicated by herself to Joaquín Carmona.

This is the world we like to write about.

You were not wrong.

Carmona will have her things but, above all, I think he is a good guy: that's what matters, good luck friend.

In a year I would like to see him lecturing, outside the silences. And I would not just like to hear him talk about athletics, because his story goes beyond organizing a thousand and one athlete data on Twitter. His story is that of a man who has beaten the street, where there are so many possibilities of defeating the people who sleep in their parks.

But the next time I see him I don't want to keep hearing him say, "This is too complicated," as if it were a math test.

And little else, the truth.

I think that every June 15 I will always find a time to write about this story, which appeared so without warning, coincidences of life too. At his side, we learned to solve an equation that seemed unbeatable: how difficult it is to change a life and how fast it can be changed.

A month later, nothing is as it was. At least for him.

For the others, who intervene in this story, the next day us we gave bill that everything remained the same.

The day they told me, "Alfredo, very well, but what do you get out of this whole story?", I remembered that when you do something for others you should never expect anything in return.