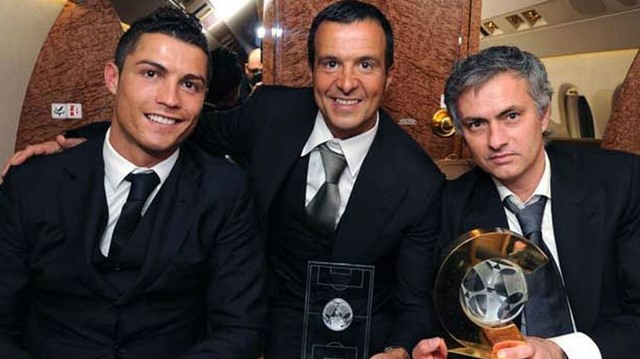 A sport that does not stop growing and that is on the way to breaking all the barriers in the sector.

Cycling is in fashion and if they don’t tell Jorge Mendes. The well-known and all-powerful Portuguese businessman is one of the most influential and important sports representatives in the world.

Mendes, who works as a representative, of soccer celebrities as important as Cristiano Ronaldo or José Mourinho you do not want to miss the good time of cycling to start making money.

The Portuguese, who has spent years obtaining the best contracts in the world for his “clients” seems to see a new business opportunity very clear in a world that is still green for these issues.

At the moment his company, Polaris Sports, has already announced an agreement with the cyclist representation agency Corso Sports.

So Mendes and his team will act as representatives of two of the best Portuguese cyclists of the moment. Joao Almeida (Deceuninck) and Ruben Guerreiro (EF), who came from causing a sensation in the last Giro d’Italia, will be like good compatriots, the favorite “stickers” of a Mendes who arrives with great ambition.

A bikers album that Mendes momentarily completes with other big names like Mads pedersen, world champion in 2019, or Tao Geoghean Hart, winner of the 2020 Giro d’Italia.

Mendes’ tentacles reach cycling and they do it with controversy. Recently Marc Madiot, general manager of the Groupama-FDJ team, has already expressed his dissatisfaction in this regard. “I will never sign a Jorge Mendes cyclist”