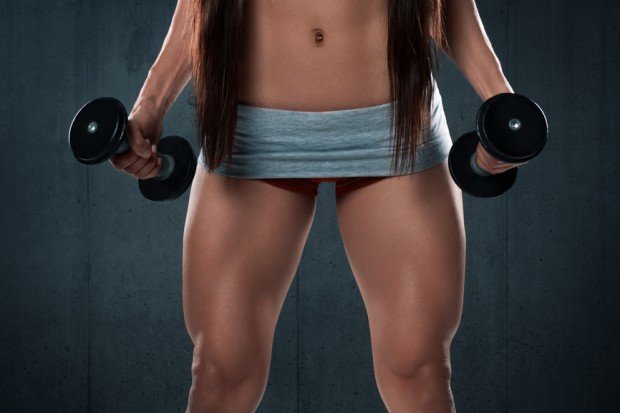 If you do not know where to start training your legs at home, here is a practical guide that includes leg workout routines, utensils that facilitate this objective and some clarifications that we should not overlook when planning our leg training.

Remember that focusing the exercises on the legs brings the following benefits:

Muscled legs, yes or no?

It is important to know that variables such as the number of repetitions, the type of series, the weight of the loads, the breaks and what is perhaps the most decisive, the speed of execution of the exercise, determine what kind of transformation we cause in the leg muscles.

Thus, if we want to gain volume, we will work on hypertrophy, increasing maximum strength and muscle volume. On the other hand, in the program that we present today we chose to gain maximum strength progressively, but without taking excessive muscle volume, an extensive training -more constant- aimed at developing nerve factors (activation of more nerve and muscle fibers).

By alternating these exercise blocks (2-3 times per week) we will increase our relative leg strength (the ratio of the maximum strength we can do and how much we weigh), improve running economy and create a reserve of muscle fibers that will mobilize in function of effort.

Ideally, these specific leg exercises should be preceded by a cardiovascular activity of at least 30 minutes, whether running, cycling, elliptical, skipping, stepper, etc., since in addition we will work the muscles that make up the lower body. 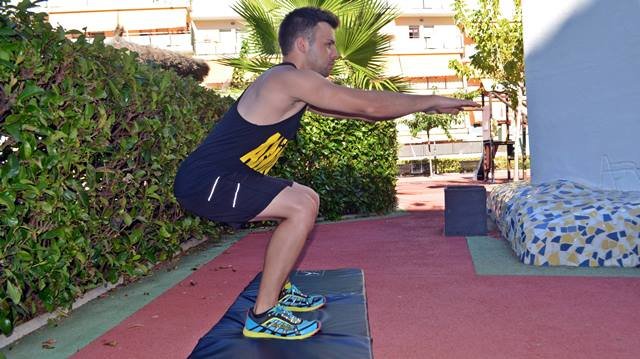 It is the basic squat. With it you will increase the strength of the lower body. 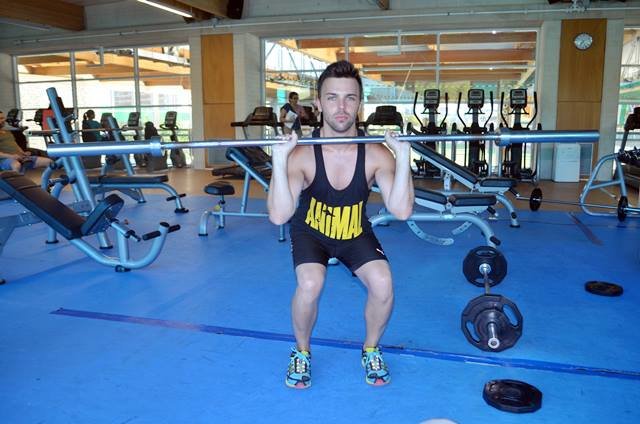 It is a variety of the common squat. The difference is that we will not place the bar on the trapezoid, on the shoulders, but we will place it on the wrists and the clavicle. This way you will be working abdomen, lower body muscles and, above all, the glutes. 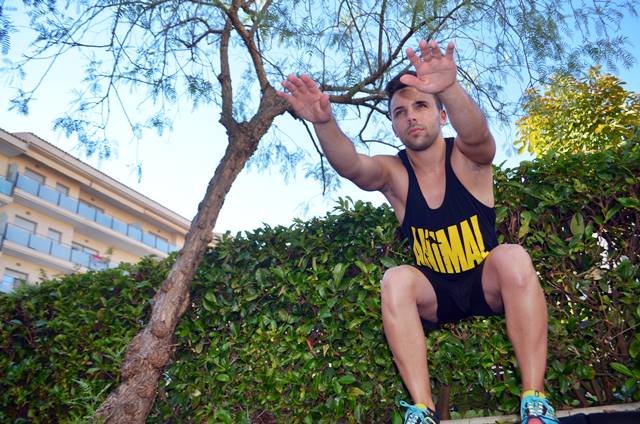 Isometric exercises consist of staying in a certain position for a period of time. Descend as if it were a normal squat, but keep the position down for a few seconds and then go back to the starting position normally. 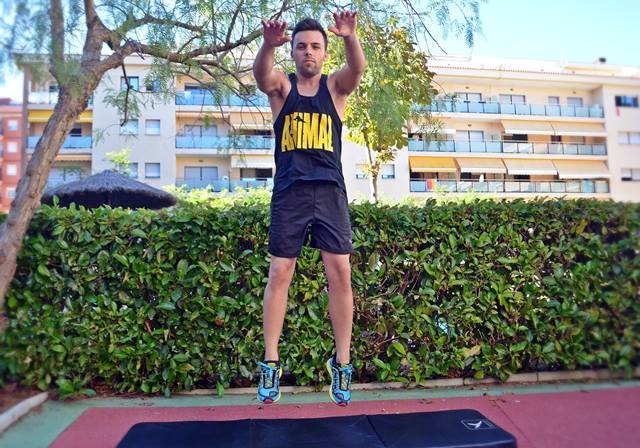 We complicate squat training by introducing this variant. It involves performing the conventional squat by introducing a jump just in the concentric phase.

It is a squat with weight on the head, arms stretched in a V-shape and shoulders shrugged on the head. The gluteus bears part of the burden of descent and ascent. It is advisable to master the normal squat before adding weight and to launch with the overhead squats, which require more skill. 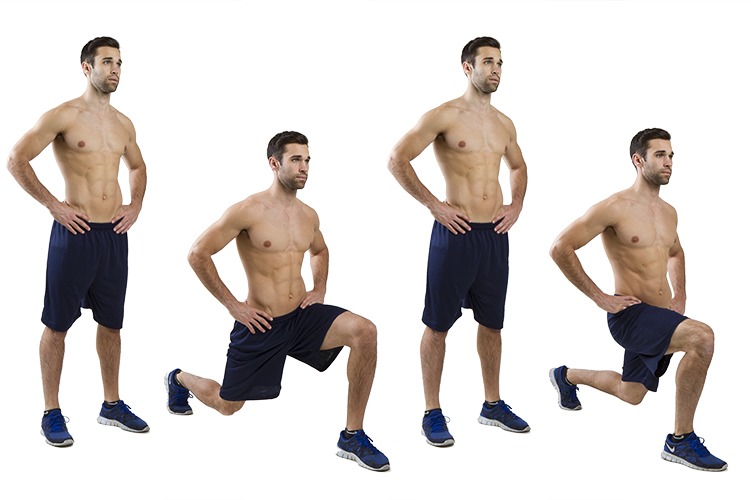 Also called lunges or strides, lunges are an exercise similar to squats, but one that encompasses a greater range of motion.

They are aimed at working the upper glutes, the hamstrings (muscles located behind the thigh), the hip flexors and the quadriceps (muscles of the front of the thigh). To a lesser extent it is also an exercise that will allow you to work your calves, abs and back, although it is not its main objective.

Including lunges in your daily routine has multiple advantages, such as toning several muscle groups at once, as well as resistance, balance and coordination training.

You will have to stand upright, with your back straight and stride forward while the other leg descends, reaching with the knee almost to the ground. The striding leg must maintain a 90 degree angle during the descent.

Instead of taking the stride forward we will take it to one side and descend while making the lateral step. It is important to keep the back straight and incorporated forward so that the exercise is carried out correctly.

In this type we will forget the stride forward and what we will do is bring the leg back. Now the angulations are different and you will work quadriceps, glutes, hamstrings and different muscle groups than in the traditional lunge.

With a dumbbell in each hand, standing and with a straight back, bring one leg forward and descend down supporting the knee of the other leg. The leading leg should be at a 90 degree angle when the descent occurs. Return to the starting position and repeat with the opposite leg.

It would be a standard lunge but instead of returning to the starting position after the descent we would directly lift and execute the lunge with the opposite leg thus advancing forward.

You can use TRX, bench, chair or whatever you want. Basically, you will have to support the leg on the bench and lower the knee of the supported leg while the other flexes at a right angle during the descent. Ascend. Repeat several times with each leg.

It includes the following exercises:

We are going to focus our attention on the inner thighs. We propose a table focused on this part of the body, which contains simple exercises that can be practiced at home.

Ideally, take about 30 seconds in each exercise and do not rest, since it is a quick routine. When you finish with one leg, you must reposition yourself to place the other underneath, and proceed in the same way. In this way, in the five minutes that Patry Jordán proposes, you could complete an exercise focused on the inner thighs.

With rubber bands or elastic bands we will work by performing an abduction outward and then change and perform an adduction inward, with both legs.

Do not forget stretch after. You should place yourself in the butterfly position, sitting, bringing the soles of your feet together in front of you and placing your hands on your ankles.

You can do two series with 20 seconds duration for each exercise, with small intermediate breaks to download.

Another routine is the one that proposes Patry Jordan, about 10 minutes long. Notice to beginners: do not get carried away by the "short" duration or the apparent simplicity of the exercises. We assure you that they cost, then they are effective.

Between exercise and exercise, the ideal is to do a light jog. Each one should last about 25 seconds, with breaks of about 10, and do two sets.

Press, squat (or front squat), deadlift, and hip-thrust should be the main exercises with weights.

As a complement, we can use other more specific knee flexion and extension secondaries (quadriceps and femoral / ischial machines), for example.

With these exercises as a starting point we can draw two models of routines:

- Routine 2: Squat and Hip-thrust as main. Extenders (quadriceps) as secondary.