News : Let’s face it: what does Spanish athletics aspire to at the Olympic Games? 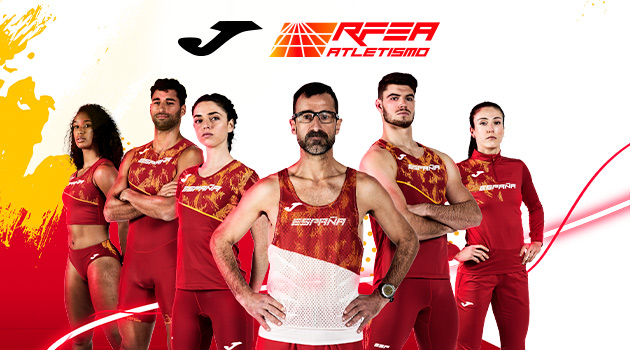 It must be borne in mind that this is the most difficult thing there is as an opposition to a judge or notaries. You can be very well prepared, but you compete against the best of the best. Still let’s see.

I don’t like polls. But listening to others always opens your eyes. And that’s what it’s about this time before starting the Olympics. I have chosen the maximum variety. I think everyone is represented, from fans to journalism, athletes, coaches, leaders and even exes. I have hardly ever asked them for a number, but feelings for these Olympics in which I, above all, would like to count an epic medal, the kind that leave us marked and if possible at dawn like Abascal’s at 1,500 in Los Angeles 84. I don’t know why but I think it’s still the one that has impacted me the most. And look how many years have passed.

“Above all, I want to see our athletes grow” (Gregorio Parra, former TVE announcer)

Gregorio Parra, above all else, is the voice of experience. “It is not worth saying ‘by reaching the Olympics I have already triumphed.’ That time is past. From there our athletics handles possibilities of two types. One, remote medal options. And another to see our athletes grow like Jesús Gómez in 1,500, the admirable Asier Martínez in 110 hurdles, the great Sergio Fernández in 400 hurdles (why not semifinals?), The Spanish records of Jainaga and Jorge Ureña and some surprises from some of the marchers. I also expect a lot from Teresa Errandonea and it seems to me that Ana Peleteiro has medal options because she is a 15-meter athlete. Fatima Diame above 6.70 (hopefully, who knows). I also wait for the records of Spain of Belen Toimil or María Vicente. If they do it in a JJOO they will have fulfilled long. And regarding Katir I don’t know why, but I have the feeling that it will come last, after so many exhibitions, and we will see what kind of controls are made in Tokyo in an Olympic Games that for me, personally, it is very difficult for me to understand without an audience ”.

“One medal and eight finalists” (Raúl Chapado, president of the RFEA)

I ask Raúl Chapado directly if he contemplates the word failure. “I do not like it. But it falls within the possible. You have to look failure in the face. Our obligation is to contemplate the best and the worst. And if you are not up to the task, they will tell you. From there, we create value that requires medals. In that sense, our thermometer is the last Doha World Cup 2019: a medalist and eight finalists without ever giving up a better reality. But knowing that it is difficult. We are on a stage for the chosen only. We have improved a lot, but the rest have also done it. And we compete against genetic tyranny, with countries of brutal talent for this sport. But above all I ask that there are no positive cases of COVID and everyone who goes can compete ”.

“I am prepared not to count any medals” (David Rubio, Sport journalist)

David is one of the great athletics journalists in this country: “You have to be realistic. I am prepared not to count any medals, because the options have been very complicated. You just have to see the rankings. There you can see that our medal options are minimal. That is why I would advocate for end the rhetoric of medals and, if an eighth place is achieved, sell it at the medal level. That is our responsibility as the media. Know how to sell that. Other times we have not been able to do it and that is our fault that should not be repeated. I insist: look at where Spaniards are in the rankings and they will verify it. Not even the Orlando medal, which seems so feasible, is so feasible ”.

“You can not get any medal and make it a success” (Miguel del Pozo, amateur)

I know Miguel del Pozo and I know he’s a positive guy and he’s going to show it: “All of us who love athletics are excited about this team,” he says. “We must try to transmit it to those who approach athletics 1 time every 4 years. It is not necessary to fall in the medallitis. You may not get a medal and it might be a success. Because there is a lot of future. There is a lot of equipment. Not to mention only Katir, Orlando, Cienfuegos or the march, which never fails, what will happen to Carro that I trust a lot in him? Or Jainaga? Or Peleteiro? There are options, but the goal cannot be the medal. I value it as well as I value the racial variety of this selection that is a reflection of Spanish society. You do not have to look at the surnames or the place of birth but the training. And that is a pride. And one more thing: I miss the vertical jumps (there is no one in men or women, that’s to make you look at it) ”.

“We are going to be optimistic and think of a medal” (Phondy, coach)

Phondy is a coach who was an Olympic finalist with Eliseo Martín and who this year will see the Olympics from Spain. “The complication is maximum,” he says. “But we are going to be optimistic and think of a medal like Katir’s if she plays her tricks well because she is 4 in the ranking. Even Orlando Ortega, who already knows what it is to be a medalist in an Olympic Games and, despite the injuries, arrives in shape. But, beyond that, I would talk about potential finalists like Fernando Carro, who arrives well: the other day he made a great mark in the 3,000 flat. Or in 800 with Adrián Ben, who has already been a finalist in a World Cup. I would also talk about the march, where we are a male and female power. And I would not like to forget the 1,500 that always gave joy. Not from Ana Peleteiro, I almost take her for granted as a triple finalist. Neither of our marathoners and marathoners. Why not trust them? I do trust despite the difficulty ”.

“I include María Pérez as a possible medalist” (Enrique Molina, former Olympic athlete)

The great Enrique Molina was already an Olympian: “In the medal possibilities I include the marcher María Pérez. And of women finalists Peleteiro, who competes very well, and Esther Guerrero in 1,500. And regarding the men Adrián Ben in 800; in 1,500 some of the three will fight to be finalists and in 5,000 Katir even has medal options, while in the marathon, why not Javi Guerra and Dani Mateo? They are two great competitors. And I do not want to forget Fernando Carro who, if he goes without having competed, it is because he is well. But above all I would ask the Spanish athletes to enjoy and make us enjoy ”.

“Our mission is to pass the first round” (Carolina Robles, athlete)

Carolina will live her first Olympic Games at the age of 29: “We are young and it will be hard,” she admits. “With so much humidity, it opens up a range of possibilities for everyone, both for better and for worse. Most of the Spanish athletes reach our maturity. Our role is to pass the tie and in some cases go to that final so dreamed of because there are athletes who may be close to the medals or the Olympic diploma. We all even think that Orlando Ortega and Katir are clear medal options. And it is not easy to have those possibilities ”.