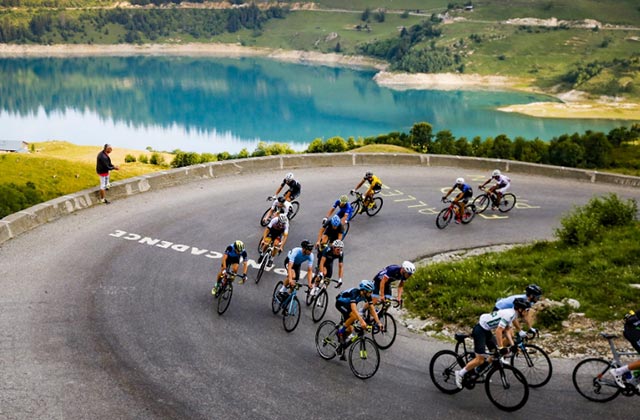 L’Étape Spain by Tour de France will celebrate its first edition on July 4, with departure and arrival in Villanueva del Pardillo (Madrid) and two distances: one more demanding with approximately 170 km and 3,000 M d + / and a shorter one, about 120 KM and less than 1,500 M d +.

The route, which will take cyclists to face mythical ports around the capital, will be designed by experts from the Tour de France and will allow cyclists to feel the atmosphere of the gala round. All with the highest levels of security and offering a system of time and order of arrival, as well as the dispute between the KOM and the QOM.

L’Étape, the magic of the Tour de France for amateurs

The L’Étape label was born as a result of the Tour de France celebration. Within the framework of the largest cycling race in the world, thousands of fans participate in L'Étape du Tour de France, the flagship of these series where amateur cyclists enjoy one of the stages that professionals will face in the Tour de France of that same year. So that the magic of the Tour is also present in other continents, L’Étape has spread internationally, reaching countries such as China, Thailand, Mexico, Brazil, Australia and now also in Spain.

One of the great protagonists of L’Étape Spain by Tour de France will be the professional expert Alberto Contador, who will be ambassador of the event.

The winner of 2 editions of the Grande Boucle, as well as 2 Turns of Italy and 3 Laps to Spain, is one of the 7 cyclists in history who have won the Triple Crown: win the three big laps throughout his professional career .

A test open to all

The first edition of L’Étape Spain by Tour de France, organized by RPM-MKTG with the French company A.S.O. (Tour de France organizer) is aimed at all types of road cycling enthusiasts.

Those interested can make a pre-registration on the website letapespain.com and thus they will opt for a special price when registrations are opened at the beginning of March.

Villanueva del Pardillo is a municipality in the province and Community of Madrid, 27 kilometers away from the capital and nestled in the natural environment of the Guadarrama Basin.

With an area of ​​25 KM2 and located 650 M above sea level, Villanueva del Pardillo will host the departure and arrival of this first edition of L’Étape Spain by Tour de France.