News : Localized fat in the legs: what to do to eliminate it 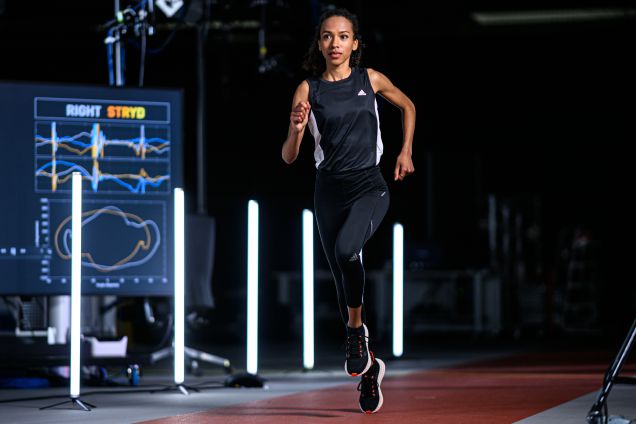 Localized fat in the legs affects women more for hormonal reasons. Lifestyle explains the accumulation of fat in many cases, since the triglycerides stored by adipocytes are usually a consequence of eating fatty foods and obtaining more calories than we need.

An unbalanced diet and a sedentary life will increase the risk of problems that will not only have an aesthetic impact, but also for health. However, lifestyles are not the only ones that explain why we store fat in our legs. Expand the information with more articles under evidence at MundoEntrenamiento.com.

Can you lose localized fat in your legs?

The fat is in the legs is what explains the famous cartridge belts, cellulite or that fat between the legs that is presented in the form of folds and that complexes many women. If this is your case, we regret to tell you that localized fat cannot be lost either in the legs or in any other area of ​​the body. We qualify: you cannot decide where you lose fat from, but you can lose it.

We already explained to you in the post that we dedicate to localized fat that the body is a single functional unit, and not a whole composed of parts that can be worked separately. As the National Strength and Conditioning Association explains, alluding to several studies, when you exercise focused on a single area, you use intramuscular fat, but it is not the excess fat, but subcutaneous fat.

You may have internalized that localized fat can be burned, but that may be due to the misleading messages of the miracle products. Anti-cellulite creams, for example, will not have a significant result that you spend your time and money on them. Or, at least, they don’t act on their own.

Causes of localized fat on the legs

From the Institut Vascular García-Madrid they explain that the maligned cellulite affects a vast majority of women. Beyond this, it is also a frequent reason for consultation to have the thick legs, which is not always a reason for being overweight due to unhealthy lifestyle habits. Therefore, we go over all the causes that can lead to thick legs.

The origin of thick legs can also be venous-lymphatic, which causes edema on the limbs. That is, an abnormal accumulation of fluid due to the obstruction of the lymphatic system. We have already dedicated a post to the treatment of edema, which usually consists of a low sodium diet. Eliminate salt and foods with a high sodium content, especially ultra-processed ones, and consider the possibility of undergoing a Manual lymphatic drainage (specific massage).

2. Injuries, another frequent cause

The trauma they can also explain thick legs. Specifically, we are talking about soft tissue, joint or bone injuries, which may have caused edema and require specific treatment.

3. The genetic load that we always carry

The congenital origin can also be behind thick legs. Examples, although rare, are amniotic band syndrome (BMS), congenital lymphedema or Klippel-Trénauny syndrome. The genetic component, on the other hand, makes some people more likely to accumulate fat or retain fluids.

The neoplasm is a abnormal mass of tissue that results from a multiplication of cellsEither because they increase more than they should, or because they don’t die when they have to. Some are benign and others are not, but in any case they will affect venous and / or lymphatic drainage.

5. Fat, one of the most frequent

It is what is clinically called fat fat legs, and it is an abnormal distribution of fat. Most of the time, the person is also obese.

The lipedemaOn the other hand, it is a disease of the adipose tissue that is characterized by the accumulation of fat cells in the legs, although it is also possible that it occurs in the arms. Women suffer from it in the vast majority of cases, and it is estimated that between 4% and 11% of them suffer from lipedema in different degrees. It is often confused with lymphedema, but it is not the same.

6. Cellulite, is it always due to unhealthy habits?

Cellulite indicates that there is localized fat in the legs, but also that the fluid retention and toxins. The Spanish Society of Aesthetic Medicine estimates that it affects 85% of women in Spain, while the Spanish Academy of Dermatology and Venerology estimates a range of between 85% and 98% of affected. And an important question: it is not always related to being overweight, because even thin and sporty women can suffer from it. In fact, genetic makeup and the racial factor also play a role.

Women are, for the most part, those with the most cellulite. This is due to estrogens, which cause fat to be distributed over the hips and thighs. There are four phases of development and, in addition, three types of cellulite: the hard one, which appears in fibrous people and is painful; the soft one, frequent in those who lead a sedentary life; and edematous, associated with thick legs and with circulation problems.

How to lose localized fat in the legs quickly

Eliminate flaccidity on the inner thighs, cartridge belts or cellulite becomes an obsession for many women. We have already seen that a sedentary lifestyle is not the only cause of localized fat in the legs, although an active life has benefits that go far beyond aesthetics.

We review some useful treatments and exercises to reduce the volume of the legs.

We do not believe that it is necessary to insist that aesthetic treatments are only a complement, and that in order for their effects to be long-lasting, it is necessary to eat well and exercise. We write it just in case, along with another recommendation that is also evident in theory but not in practice: always put yourself in the hands of professionals.

With that said, we briefly go over a few treatments to reduce the volume of the legs:

We already explained in our post about localized fat in general that there are no specific exercises to burn it anywhere on the body. There are even studies that have shown that exercises focused on only one part of the body do not generate significant changes in that area, and that fat is reduced more in other parts of the body.

The multi-joint exercises they are considered more effective for losing fat. We indicate some that specifically work the legs and that you can add to your arm routine. Of course, remember to vary the strength exercises so that you also train arms, legs and core.

Depending on your level, you can introduce more repetitions and series per exercise, reduce the rest times between each one and introduce accessories to increase the difficulty, such as weights and rubber bands.

What is the best sport to tune your legs?

The best sport to tune your legs It will be the one you like the most, the one that makes you feel the best and the one that you are able to maintain over time. Cardiovascular exercise is recommended because it increases caloric expenditure, which will allow you to burn and achieve the deficit you need to lose weight, or the optimal level to maintain yourself.

Among the most popular cardio exercises, and especially recommended to burn fat, are walking, running and cycling, including spinning in this last section. Dancing, swimming, or boxing are also recommended exercises that may be better suited to you.

However, to burn localized fat in the legs, you must combine diet with exercise and, if you want to lose weight, try to achieve a controlled caloric deficit. Do it above all to feel good, because you have already seen that problems such as cellulite do not only appear due to a sedentary lifestyle and are difficult to tackle. Aesthetic treatments can help, but you should see them as a complement.