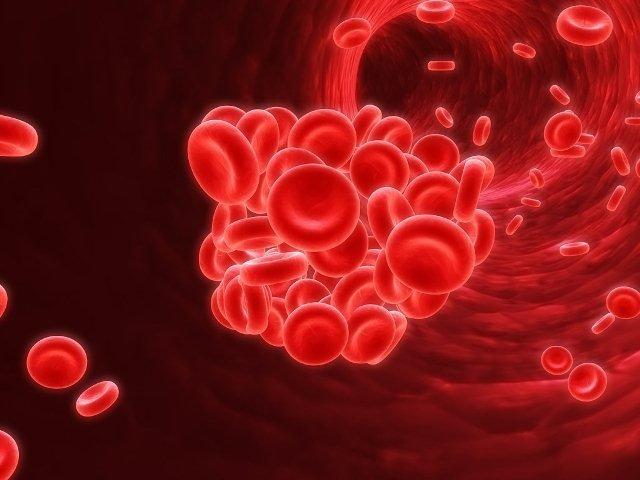 There is much talk about the athlete's anemia or iron deficiency anemia caused by a reduction in hemoglobin levels. However, do not confuse it with the call "False anemia". Then we clarify the differences and tell you everything you need to know if you are an athlete and you have the Low hemoglobin.

When hemoglobin levels are reduced below a critical limit, there is an affectation in the transport of oxygen to the tissues and the removal of CO2 by them. This has a direct impact on obtaining energy, being a more counterproductive situation for athletes who perform an effort or physical exercise.

Because any athlete needs to replace this deficiency in hemoglobin and is done through a greater work of the heart muscle that leads to greater fatigue and a slower recovery after exercise.

Since hemoglobin has a direct relationship with the physical performance of an athlete, it is important to understand how it works.

What is low hemoglobin?

Red blood cells are responsible for transporting oxygen to the tissues, binding to hemoglobin and producing the necessary energy. Therefore, a reduction in red blood cells or hemoglobin It can negatively affect the physical performance of the athlete.

But not only that.

The iron It is essential in the equation since it serves to produce different active compounds such as hemoglobin and other enzymes. To measure its levels in the body we use the ferritin, which must have a level higher than 35 ug / lt

When hemoglobin levels are normal, but ferritin levels are low, there is a reduction in sports performance and we would talk about functional anemia, which usually requires iron supplements based on existing levels.

When the opposite happens and it is hemoglobin that is low, but with normal iron levels, we talk about sports anemia or false anemia. It usually happens in athletes who perform aerobic activity, such as running marathons, swimming or cycling.

There is no iron deficiency in false anemia and many experts point out that The mechanism that is activated in the body when this type of anemia occurs can be beneficial in the long term Since the organism adapts, the plasma volume increases in response to chronic training and the transport of oxygen to the tissues is finally improved.

What is the normal hemoglobin value for an athlete?

It is considered a low hemoglobin in athletes when it reaches lower levels than usual for the person in question.

It is, therefore, the job of the sports doctor to diagnose whether the athlete's anemia really exists based on its standard levels. There is no figure below which one can speak of false anemia.

Nevertheless, yes it is true that hemoglobin levels below 12mg / dl in women or at 14 mg / dl in men are symptoms of anemia.

Therefore, when diagnosing a low hemoglobin and a false anemia, it will also be necessary to perform an analysis of iron metabolism (iron, ferritin, transferrin and transferrin saturation index) to test whether it is a real anemia or a Anemia of the athlete.

As we have already explained, low hemoglobin in athletes is caused by blood hemodilution.

Basically, the realization of physical exertion results in an increase in blood volume which means a greater dilution of blood cells in more fluid. This is seen through the appearance of lower blood cell levels and can be seen in any standard blood test.

Thus, in addition to assessing the levels of ferritin and hemoglobin in blood it is also important to attend to the hematocrit level (volume of blood composed of red blood cells that should be between 40-54% in men and 38-47% in women)

On the other hand, it is important to say that low hemoglobin can also be caused by a disease or condition, such as cancer, aplastic anemia, chronic kidney disease, cirrhosis, hypothyroidism, leukemia, Hodgkin lymphoma and many others. Hence, going to the doctor before the appearance of fatigue, which is the main symptom, is of vital importance to detect what the problem is (if there is one).

The symptoms that usually appear before a reduction in hemoglobin levels are related, above all, to fatigue, fatigue or weakness.

Other symptoms may also appear as ineffective breathing, dizziness, tachycardia and stunning, although it is not usual.

Contrary to what happens with normal anemia, triggered by low levels of iron and red blood cells, There is no treatment for sports anemia or false anemia.

And so far all the information we wanted to give you about low hemoglobin in athletes. If you think you can have athlete's anemia, it is best that you go to your doctor to request a complete blood test in which you can see and interpret the different values ​​discussed in this article.