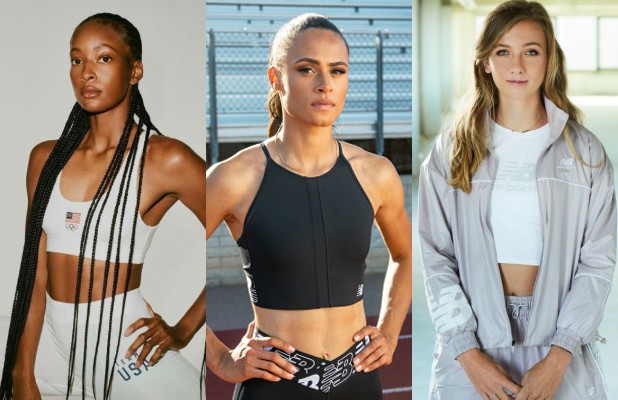 Sydney McLaughlin was born a year before the Games held in the Australian city of his name, and at 21 he has become one of the great stars of world athletics, still quite unknown to the general public.

In this Olympic 2021, McLaughlin has broken the world record for 400 hurdles with 51.90, the first woman in history to break the 52-second barrier. But the American is not new to setting records. The daughter of a semi-finalist in the 1984 Olympic Trials, in the 400 meters, her older sister along with her two brothers (one older and one younger than her) and Sydney herself, were very promising children for athletics since early ages. But it was only the new world record holder that ended up curdling.

At age 14 he surpassed the best world records for that age in the 100 hurdles (13.34) and the 400 hurdles (55.63) both records with the absolute height of the hurdles, which is, truly amazing. In 2015 he was able to make his debut in an international championship (until then he was too young and was not allowed) and won the U18 or Junior World Cup, setting the world record for the category a year later with 54.46. She then improved her record in the American Trials for the Rio Games, finishing third and at the age of 16 she made her Olympic debut, finishing fifth in her semifinal in Brazil. A year later he broke the U20 world record with 53.82.

The American continued her collection of records and brand improvements as a university student in Kentucky and was very versatile from the 200 meter dash to the 400, going through the relays apart from her benchmark test, the 400 hurdles.

2019 It was his first fully professional year, even though he was not 20 years old until August. He won several Diamond League events, but also came his first major loss to Olympic champion Delilah Muhammad, It was in the USA championship and there Muhammad set the world record with 52.20. Shortly thereafter, the two met again in the final of the Diamond League, in which McLaughlin won by a second ahead! The emotion was served for the late Doha World Cup and on that date, the 400 hurdles final was one of the most spectacular competitions of the entire program. The pulse between the two American colossi was tremendous up to the goal squares, with victory for Muhammad, improving his world record with 52.16 and second place for McLaughlin with 52.23, becoming the second fastest woman in history at age 20.

After the impasse of the atypical 2020, with very little competition, in this 2021 Sydney has thoroughly prepared the Tokyo Games. He has competed brilliantly from below, in the 100 hurdles, with a best record of 12.65 and another three runs below 12.92. And on the long fences he scored a few Mind-blowing USA Trials with partial victories in the series, semifinals and the final. Raising the level in each round until make the 51.90 of the World record in the final June 27. Muhammad for his part, At 31 years old, she has chosen the 200-meter dash to get fast (24.00 in April). In the Trials she was good, but not as fantastic as her young rival, finishing second with 52.42, which is his third best mark ever.

Muhammad, was like McLaughlin U18 World Champion, but then he lived a few years in which his progression was not as expected. The current Olympic champion was the 4 × 400 World Champion in Doha two days after that exciting final and World record and McLaughlin was also in that quartet. The World Champion also has the silver of the World Cups in London 2017 and Moscow 2013.

The young Dutch woman Femke Bol (23-2-2000) this winter was proclaimed double champion of Europe in indoor track of 400 meters and of the 4 × 400 relay. And as a hurdler he has emerged strongly this season in the open air with six victories in as many competitions of the highest level and personal mark of 52.37 on July 4 at the Diamond League in Stockholm. Bol thus becomes the fourth fastest woman of all time. Shamier Little, the other American with a great record of 52.39 (fifth all-time), just behind Bol in Stockholm, will not be in contention in the Games despite her great season, since she was fourth in the Trials.