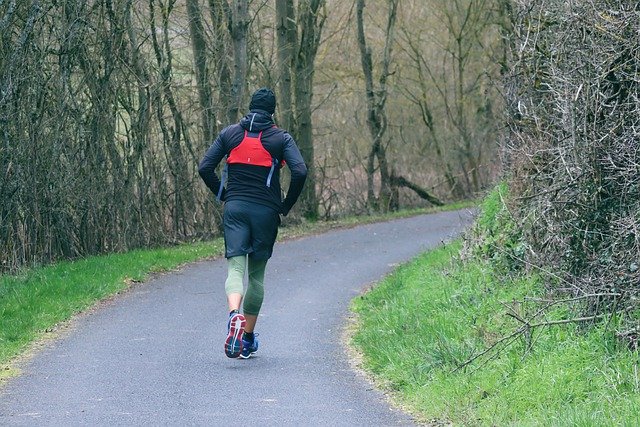 There is some confusion between terms Jogging and Running. In essence, it is the same activity, running, although there is a great difference between both sports disciplines. Speed, maybe? It is certainly one of them, although not the most important.

For example, Coach Mike Antoniades differentiated between the Jogger and the Runner by the speed at which they ran. Set the border at a pace of 6:20 min / kilometer (about 10 km per hour). Jogging is also related to not having goals or a training plan, not caring if you improve or not and, ultimately, not exceeding yourself against the timer. However, the difference between jogging and running as sports is still quite subtle as we will see below.

Today we focus on the Jogging or jogging as a sport: definition, how to start, benefits, disadvantages, clothing, contraindications, etc.

Jogging or jogging is a form of physical activity that consists of running at a slow pace, a type of exercise similar to running that is usually practiced outdoors although it can also be practiced on a treadmill.

Although there are Anglo-Saxon literary references prior to its popularization, it was in New Zealand in the 60s when jogging replaced the word “roadwork” (in Spanish it was used to run) by the hand of coach Arthur Lydiard, who is credited with the popularization of this term and this activity.

The idea of ​​jogging as an activity appeared in an article in “The New Zealand Herald” in February 1962. It described a group of people who met once a week to run to improve physical condition and socialize in a park. Auckland. Coach Bill Bowerman of the University of Oregon, after jogging with Lydiard in New Zealand in 1962, founded a jogging club in the United States in early 1963. Then he published the book “Jogging” in 1966 spreading the benefits of running away from competitive practice, such as healthy exercise.

Running slowly for long periods of time, maintaining a steady pace without exceeding 70 percent of your maximum beats per minute. Jogging means “foot support”, the sole rests completely in the trot, this would make it a kind of hybrid between running and walking, with an almost non-existent “phase of flight”.

Jogging is also distinguished from running by requiring a greater space around you between each step, mainly due to the lack of running technique, the movement of the arms itself, or to seek greater stability between each step.

Jogging is one of the most authentic fitness activities as it pursues the following goals:

one- Puts to work the peripheral vascular system, thereby lowering blood pressure and the risk of cardiovascular disease.

3- Improve strength in the muscles of the legs and abdomen.

4- Does work the coronary system and the cardiac muscles, with which we decrease the heart rate at rest.

6- Is less aggressive with the joints by not having aggressive impact.

7- It makes our brain secrete different types of endorphins (such as serotonin and dopamine), which improve the control sleep and reduce stress levels.

What is jogging for?

Jogging is mainly used to improve general physical condition, especially and how we have seen cardiovascular and respiratory efficiency, but also muscle function. It has been shown to be highly effective in increasing life expectancy and reducing the effects of aging.

But it has more uses: it can be used as a warm-up before a more intense activity, as a cool-down method to return to calm after a more intense exercise, as a recovery run in a running training plan, to develop a good base of aerobic resistance. In addition, following a proper dietary strategy, jogging can contribute to weight loss.

“A journey of ten thousand kilometers begins with a single step”

The key to start jogging we find it in perseverance. We will almost always need large doses of willpower and motivation to start jogging, but that barrier is even more pronounced during the first days or months. So patience to deal with the initial period of cardiovascular conditioning and muscle, ligament and tendon adaptations. As the weeks go by you will not give credit to the improvement experienced.

The great “trick” to start jogging regularly is found in consistency so that it becomes a pleasant, healthy and, above all, long-lasting habit.

Previously, it is recommended to go to a medical-sports assessment, even more so if the last memory in shorts dates back to gymnastics classes at school, you are over 30 years old, a smoker or ex-smoker, suffer from an injury, illness, obesity , etc. There are many centers specialized in Level 1 sports medical examinations at a reasonable price (from € 30). They include electrocardiogram, medical history, cardiorespiratory, anthropometric, orthopedic assessment and basic stress test.

The risks of jogging for a healthy person are mainly limited to injuries to muscles, tendons or joints, especially to the ankle, knee, hip and back. Thus, to minimize risks, it is important to use the terrain (minimize asphalt) to wear appropriate footwear and take into account your physical condition.

It is important that in addition to a medical review you look for progressive muscular and cardiovascular adaptation. Nothing to get carried away by emotion and start increasing the time and intensity of the jog without respecting the principle of progressiveness of physical training.

Jogging is a simple sport that does not require a large outlay, although it should be done with minimal equipment: zdevices (we leave you an ideal selection to start with), socks that provide good absorption of moisture and sweat from the feet, pshorts and / or tights and a t-shirt. Windscreen, thermal shirt or several layers if the thermometers go down.

There are no limits, the possibilities are endless: roads, parks, forest tracks, treadmills in gyms … A good tip for beginners is not to stray too far from the starting point or to do it with some cash in case we have to resort to another type of transport.

There is no time limitation, any time of the day is suitable. It depends on the tastes of each one and the availability.

A typical jogging training session maintains the following structure: previous mobility exercises in the extremities (rotation of the knees, feet, head, shoulders, hips), the jog and, finally, a small set of stretches that will help you reduce the muscle tension, improve flexibility, injury prevention, among other benefits.

It is necessary to increase the consumption of water before, during (if the activity is prolonged) and after the exercise.

Regarding nutrition, in previous articles we have answered the common questions about what and how to eat before starting to exercise, what to eat once physical activity is finished and Why don’t I lose weight if I exercise?

The best way to start jogging is intersperse walking with very gentle trots, where walking acquires a greater proportion than the trot itself and, gradually, the proportions are reversed.

The first objective is to be able to finish thirty minutes without interruption. To do this, we recommend starting the first 4 weeks with two weekly workouts of half an hour, during which you will alternate jogging and walking in periods of 5 ′.

The second cycle, which will begin in the fifth week, will be three sessions per week in which we will increase the duration of the running phases by reducing the intervals of the walking part.

Finally, we must give almost total prevalence of jogging over walking.

Advantages and disadvantages: differences between Walking, Jogging and Running

Compared to walking, jogging has a greater impact on joint load, energy consumption and metabolic adaptations.

Compared to running, jogging has a lower musculoskeletal impact and a slower physiological adaptation. It also requires less commitment and less effort.