This Thursday, June 3, we have another outstanding meeting in a very loaded national and international calendar. After the Andújar Meeting and several top international level (counting the first two stops of the Diamond League), it is the turn of the Iberoamerican Meeting of Huelva, which lives its 16th edition again with top-level athletes, both from the Spanish scene and from abroad. With many athletes still seeking minimums for the Games and less than a month to achieve them, an exciting competition is undoubtedly expected to be held at the Ibero-American Stadium in the Andalusian city.

We are going to review test by test the main duels that we can experience before a landing, as we said, of a high level.

Starting with speed, the men’s 400 has names of the stature of the Dominican Luguelin Santos (44.11 PB) or the current European champion indoors Óscar Husillos, who wants to take a good bite out of his best brand of the season (47.70). In addition, there will also be the Nigerian Bamidele, the Spanish Samu García (45.00 PB) and Lucas Búa (45.25 PB) or the South African Al-Yassin (45.78 this season).

In the 3,000 hurdles a lot of attention was paid to the Africans Kipyego (8.09 PB), Nicholas Bett (8.10 PB) and Hailesilassie (8.11.22). The best accredited Spanish is Sebas Martos (8.30 this year). In the long jump, a good opportunity to see the young promise Héctor Santos after a string of injuries. Santos has 8.19 BP, only surpassed by the Portuguese Chuva (8.34) among the participants.

Moving on to the female section, in the 400 eye with the Dominican Paulino (50.25 is empowered) now the Portuguese Azevedo (In great shape with PB of 51.61 achieved this season). Laura Bueno will want to lower her record for the season from 53.15. Marta Pérez will be the great star of the 1,500 after running in the European Silesian National Team (she was third with 4.15.24). Solange Pereira and Kenyan Busienei and Jebitok, other names to consider.

In the 3.00 obstacles African protagonism also with the Kenyan Chepngetich (9.08 PB) and Cherono (9.23) and the Algerian Betiche (9.25 PB). The British Holly Bradshaw, European bronze and fifth in the Rio Games, will be the great star of the pole (4.81 PB). He will live a great duel with the Italian Roberta Bruni (4.70 this year, his personal best). Fatima Diame, for her part, is the great favorite in the long jump (she has already jumped 6.62 this season).

The lusa Auriol Dongmo (19.08), flaming European champion in Torun indoors, will be the star of the shot put (19.08 already this season). A priori she has no rival with the Spanish Úrsula Ruiz with 16.20 this season. On the album, also with a Portuguese favorite. Liliana Cá comes from making a personal mark (66.20).

The international tests will start at 6:25 p.m. with the length, but the meeting will start earlier, at 4:50 p.m., with local tests. It will be broadcast live on Teledeporte. 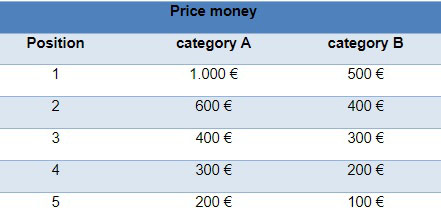